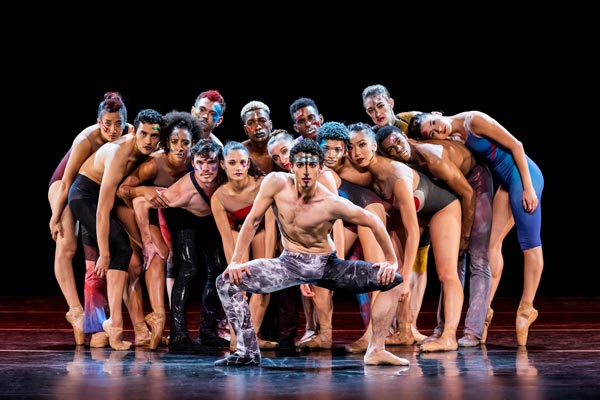 (PRINCETON, NJ) --  On January 28, 2022 at 4:30, the Lewis Center for the Arts presents poet and literary critic James Longenbach, author of Forever and The Lyric Now, with a lecture on W.B. Yeats’ poem “Nineteen Hundred and Nineteen” on the anniversary of Yeats’ death. Longenbach will discuss how the poem assumed the shape it does, and, more importantly, the influence of that shape on subsequent long poems written throughout the 20th century and beyond. This is part of the 2021-22 Fund for Irish Studies lecture series.

January 28 to January 30, 2022
The Princeton Triangle Club presents "Singin' In The Train"

(PRINCETON, NJ) -- The Princeton Triangle Club, continuing its tradition of presenting an original musical comedy, will premiere the newest Triangle Show Singin’ in the Train at McCarter Theatre in Princeton, New Jersey this January. This riotous railroad revue, created by Princeton University’s most talented writers, composers, technicians and performers, opens Friday, January 28 at 8:00pm, and continues Saturday, January 29 at 8:00pm and Sunday, January 30 at 2:00pm.

(LAMBERTVILLE, NJ) -- Music Mountain Theatre opens their 5th season by bringing Noises Off to the stage from January 28 through February 13. The play follows the on-and off-stage antics of a group of actors as they struggle through putting up a show.  It begins by showing their dress rehearsal and follows them all the way through to their wildly disastrous closing performance. Everything that can go wrong does, and we watch the actors trying desperately to hold on to their lines, their performances and even the set pieces. Add several slippery plates of sardines, wardrobe malfunctions, many slamming doors, and you will soon understand why Noises Off has been called “the funniest play ever written.”

(MONTCLAIR, NJ) -- Outpost in the Burbs presents An Intimate Evening with Bettye LaVette on Saturday, January 29th, 2022 at 8:00pm. This concert will take place at the First Congregational Church (40 S. Fullerton Avenue) in Montclair. On this intimate show, Bettye will be accompanied by keyboard player, Evan Mercer. She will be performing songs from throughout her 59 year career, including some that she used to perform in small Detroit clubs before her 21st Century resurgence began. Some of these songs she does not perform with her full band.

Vocalist Dara Tucker’s recent album, Dreams of Waking: Music for a Better World (Green Hill Productions: 2021), featured tunes associated with well-known singer/songwriters such as Carole King and Stevie Wonder and composers such as Burt Bacharach. According to Betsey Bell, writing in the (UK) Jazz Journal, “The great subtlety in the arrangements brings freshness to these already legendary tracks. Tucker achieves this especially in her take on Burt Bacharach’s ‘What the World Needs Now’. It’s fleshed out with beautiful piano flourishes from Cyrus Chestnut, who is also very good on Tucker’s rendition of Carole King’s ‘You’ve Got a Friend’.”

Great documentaries bring to light stories of people or events worth knowing about. Often they point a spotlight on a subject not very familiar to you. Ruth Stone's Vast Library of the Female Mind is one such documentary.  The film by Nora Jacobson tells the story of Ruth Stone, a woman who was a promising young poet, living an idyllic life with her beloved husband, Walter, a poet and professor. When he died unexpectedly by suicide, Ruth was flung out into the world, destitute with three daughters to support.

(NEWARK, NJ) -- The New Jersey Symphony presents its Lunar New Year Celebration concert on January 29 at the New Jersey Performing Arts Center in Newark. Music Director Xian Zhang and Assistant Conductor Tong Chen conduct the concert, which will be recorded live for video broadcast. SinoVision and the Symphony will premiere the concert broadcast on February 5.