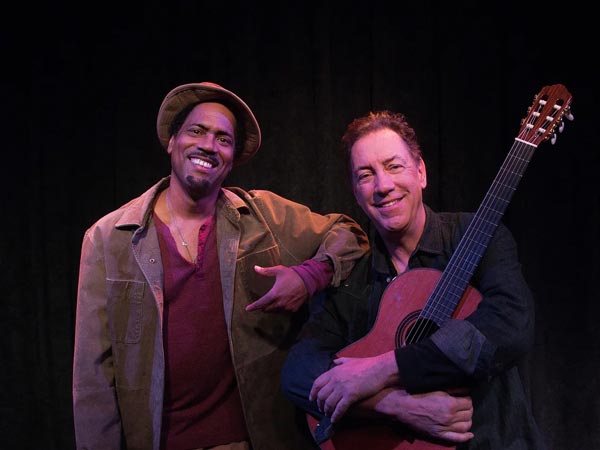 (BRANCHBURG, NJ) -- The Theatre at Raritan Valley Community College in Branchburg will launch its School-Time Series of productions for young people with a performance of Finding North on Friday, February 3 at 10:00am. The play brings to life the powerful stories of the strivings, sacrifices, and dreams of John P. Parker, a former enslaved man who dedicated his life to helping enslaved people escape through the Underground Railroad in southern Ohio. 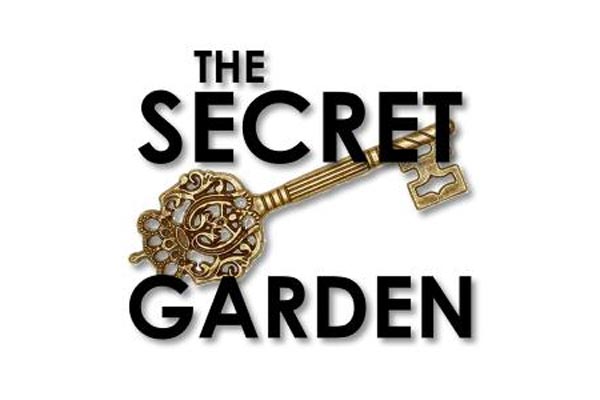 February 3 to February 12, 2023
Theater to Go presents "The Fantasticks" at Kelsey Theatre 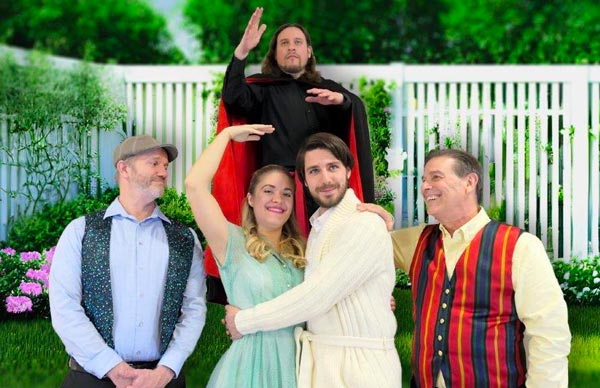 (WEST WINDSOR, NJ) -- Kelsey Theatre continues its outstanding series of 2023 productions with Theater to Go’s presentation of The Fantasticks. The show runs weekends from Friday, February 3 through Sunday, February 12. A modern twist on Romeo and Juliet, this is the quintessential story of two young lovers who grow apart when they realize they want to experience the world. A charming and heartwarming story appropriate for all ages, the score includes timeless songs such as “Try To Remember”, “Soon It’s Gonna Rain” and “They Were You.” 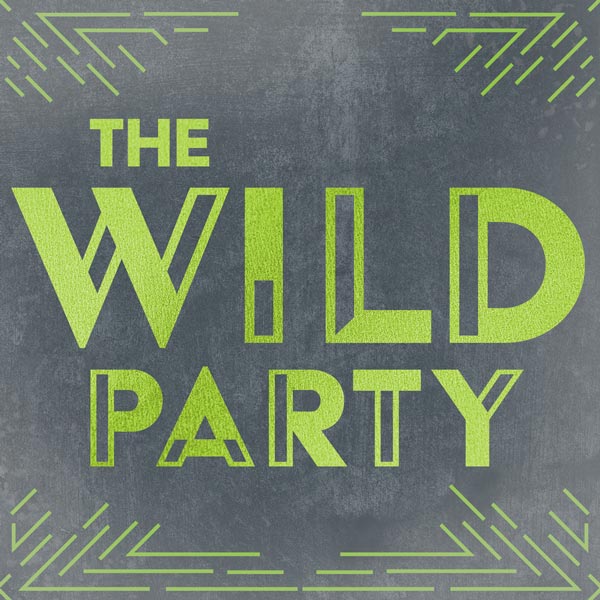 (HAMMONTON, NJ) -- Eagle Theatre’s 2022-2023 Mainstage Season kicks off with a bang of a soiree…literally.  Andrew Lippa’s The Wild Party runs this February 9-26, 2023.  The prohibition-era musical is based on Joseph March’s 1926 book-length ballad.  Once the poem entered public domain, two writers simultaneously wrote musicals with the same title and premiered them Off-Broadway in the same 1999-2000 season. Lippa’s version found success with original cast members of note including Broadway stars Idina Menzel, Taye Diggs, and Brian D’Arcy James.  Eagle Theatre brings this jazz-infused, thrilling production to South Jersey as part of their 2022-2023 Season of Creativity, Community, and Connection. 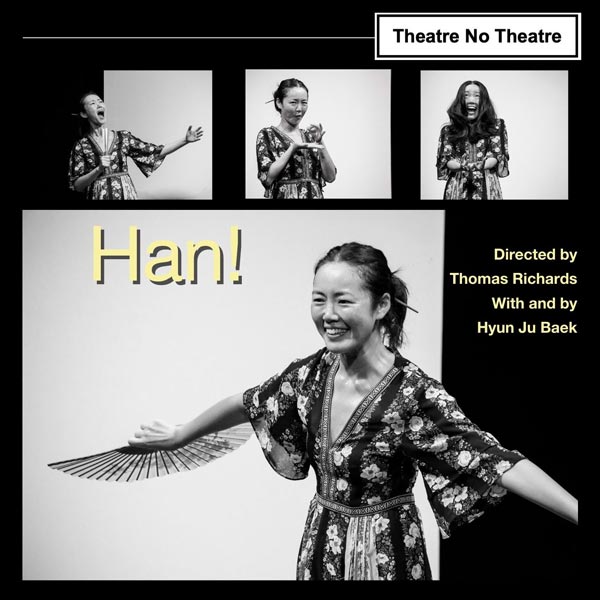 (JERSEY CITY, NJ) -- Jersey City Theater Center presents HAN!, an intimate story of Korean culture told through dance and dialogue. The performance features an ancient dance under a neon light. A virgin ghost stares out of the TV. A baby left alone in an apartment meditates on the nature of solitude. A woman explores memories of her life in relation to the Korean concept of Han. The show is in Korean with English subtitles performed by Hyun Ju Baek. These events are co-presented by Jersey City Theater Center in partnership with Theatre No Theatre, Teatro Della Toscana, Polish Cultural Institute NY, Korean Cultural Institute and Korea Society. 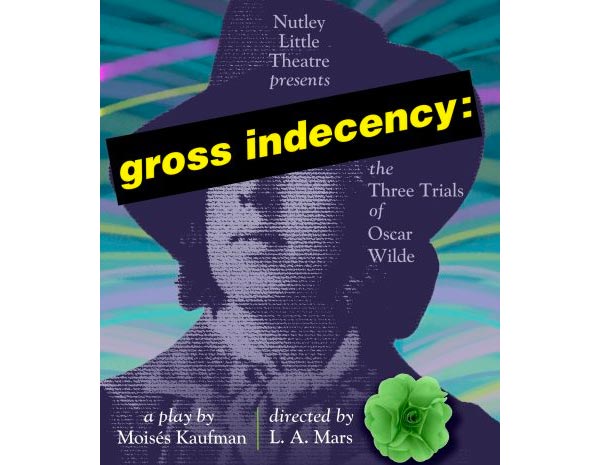 (NUTLEY, NJ) -- Nutley Little Theatre presents Gross Indecency: the Three Trials of Oscar Wilde by Moisés Kaufman weekends from February 10-25, 2023. Written in 1997 by the founder of Tectonic Theater Project, the play tells the story of famed queer author Oscar Wilde through the lens of his three courtroom appearances: first, in a libel suit against the Marquess of Queensberry, then in two subsequent trials against Wilde for “gross indecency”. 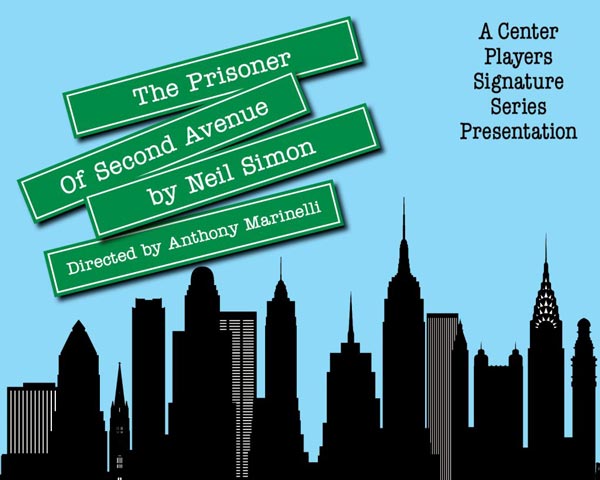 (FREEHOLD, NJ) -- Center Players presents Neil Simon’s classic comedy The Prisoner of Second Avenue as its first production of 2023.  Directed by award-winning filmmaker and playwright Anthony Marinelli of Manalapan, the production will run from February 10-26, 2023 at Center Playhouse. The play centers around Mel Edison, an advertising executive who is at war: with New York City, with his neighbors, and most of all with himself. 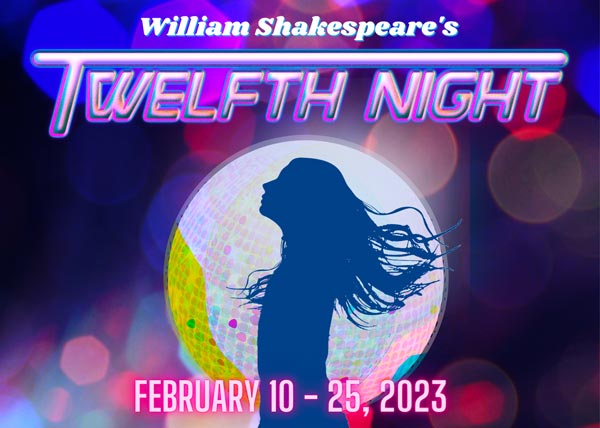 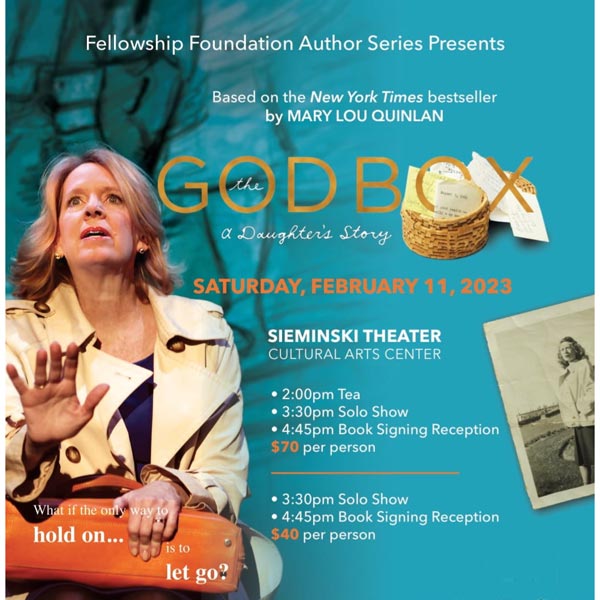 (BASKING RIDGE, NJ) -- The Sieminski Theater presents The God Box, A Daughter’s Story on Saturday, February 11, 2023, at 3:30pm hosted by Fellowship Foundation benefiting the Sieminski Theater Fund. The show is co-written and performed by Mary Lou Quinlan, author of the book that inspired the play, New York Times bestseller The God Box. It is the story of her remarkable discovery of her mother’s “God Boxes” filled with hundreds of private petitions on torn pages and Post-its written by the very hand that had slipped away.