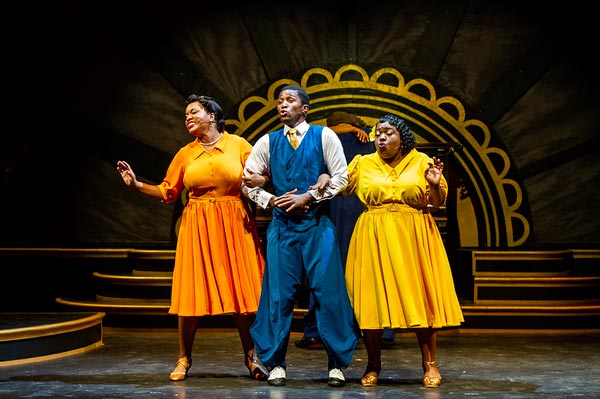 I don't know how old the Barrington Stage in Pittsfield, Massachusetts (in the Berkshires) is, but it cannot possibly ever have jumped as wildly as it has been jumping, up and down, back and forth, in the current production of Ain't Misbehavin, the musical about composer Fats Waller and his Harlem Renaissance music. This is a whopping good musical, a jewel in the crown of musical theater in America, and at the Barrington Stage, in the Berkshires, where so many New Jersey residents vacation, it is just terrific.

This is not a traditional musical play. It is a musical revue, and a really good one. To tell the truth, it is an explosion of music. The show opens with the title song of “Ain’t Misbehavin’,” and then the cast moves into germs such as “The Joint is Jumpin’,” ”Honeysuckle Rose,” “Your Feet’s Too Big,” “Squeeze Me,” “The Viper’s Drag” and “I’m Going to Sit Right Down and Write Myself a Letter.” One song is better than the last. These old tunes bring on long and loud roars from the audience.

Most people in the audience know little about the great African American composer, Waller, who died tragically at the age of 39. He led a fantastic life. He wrote dozens of memorable tunes, slow and fast, participated in the theater, performed on several national radio shows and mentored hundreds of writers and musicians. He was even kidnapped by gangster Al Capone!

The Chicago crime overlord wanted Waller to play at one of his parties, so he had his henchmen kidnap him A very shaking Waller always told the story with a sense of humor and reminded all his listeners that Capone and his guests paid him a tremendous amount of money for being the “star” of the party. 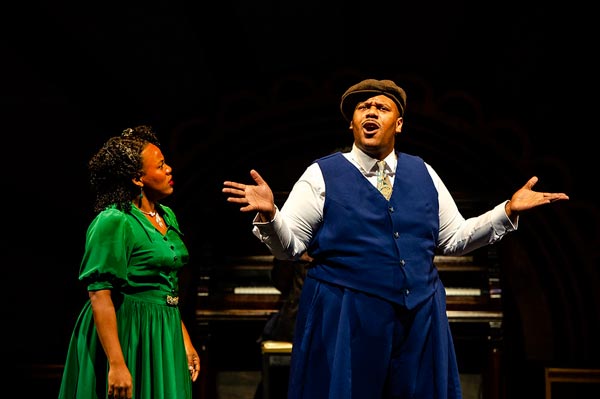 Ain’t Misbehavin’ is a musical revue – all songs and little dialogue - because the man who conceived it 44 years ago, Richard Maltby Jr., thought the lyrics of Waller’s songs told his history and the history of the Harlen Renaissance. Maltby Jr. was right, but they also tell the stories of the characters in the show and Maltby the director, and the men and women who manage the show at the Barrington Stage, do the same thing, using the lyrics to really define not just the era, but the five men and women in the musical. The story is set in a Harlem nightclub and at different stops in Waller’s life and musical journey.

The result is an EXPLOSION  of music – loud, rocking good music at some points and soft sentimental music at others. The costumes are fabulous recreations of the clothes people wore in the 1920s and 1930s – the men on the show strut and the women sometimes slink. They give you a world within a world, a world you will never forget.

All of this makes for an absolutely unbeatable combination. 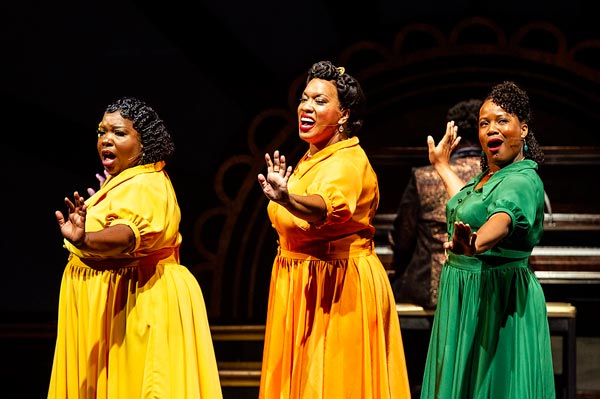 This is being marketed as a combination of “black stories.,” perhaps to tie into the Black Lives Matter movement, but it does not. These are the stories of all Americans – black, white, latino. There is the superstar on the way down in her career, the young kids on the way up. There are scenes of men trying to put on their best front for women  and scenes of women backbiting other women to snare some particular man.

The stars of the show, one as good as the other, are Allison Blackwell, Arnold Harper II, Jarvis B. Manning, Jr., Anastacia McCleskey and Maiesha McQueen. Whether they sing in duets or alone, they are wonderful.

Speaking of wonderful, the choreography by Arthur Faria is nothing short of sensational, very, very pleasing to the eye.

They are all overwhelmed by the music and the era, though. I live in a 55 plus condo complex and several times each year it sends a busload of residents to Harlem for a night at Cotton Club that features the music of Waller and others. The powerful music of them all lives on.

The joint is still jumpin’! 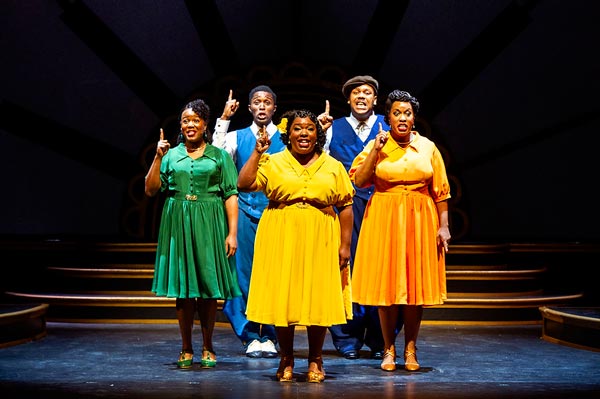 Ain't Misbehavin' closes on July 9 at Boyd-Quinson Stage (30 Union Street, Pittsfield, MA).  Up next is Anna in the Tropics from July 16-30. The play won the Pulitzer Prize in Drama. In 1929, a handsome lector arrives at one of the last Cuban cigar factories in Tampa to entertain the workers while they hand-roll cigars. But when the lector begins reading Anna Karenina, the passionate, frustrated lives of the characters in the book begin to parallel those of the listeners, leading to jealousy, betrayal and sexual awakening. For more info, click here.