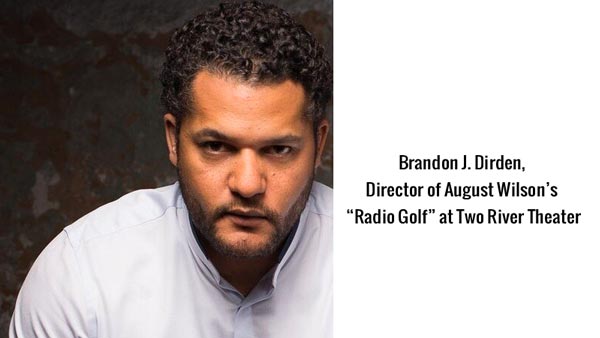 Set in 1997, Radio Golf tells the story of real-estate developer Harmond Wilks who is determined to become the first black mayor of Pittsburgh, and to revitalize the Hill District. Starbucks, Barnes & Noble and Whole Foods are ready to move in. But one particular house on the development site, at 1839 Wylie Avenue, must be torn down, a casualty of urban blight. And that house belonged to Wilson’s legendary Aunt Ester—forcing Harmond, and the Hill District itself, into a battle between the past and the future. 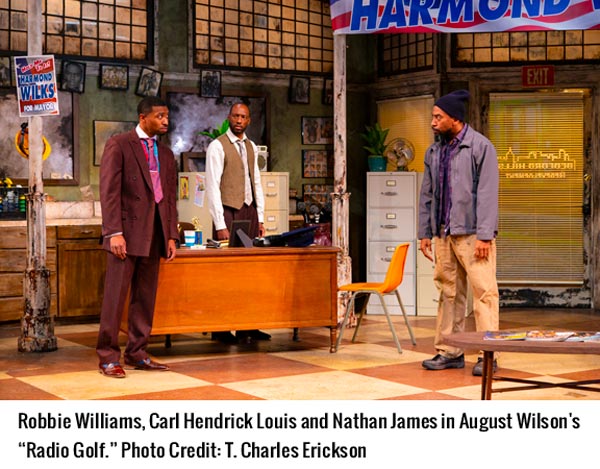 Dirden began his craft as an actor and is best known for portraying Martin Luther King, Jr. in the Broadway production of Robert Schenkkan's All the Way. He made his directorial debut in September 2015 directing August Wilson's Seven Guitars at Two River Theater in Red Bank, New Jersey. Dirden characterizes himself as a student, fan and lifelong practitioner of the works of August Wilson, who won a Pulitzer Prize and a Tony Award for his play Fences.

“I started 30 years ago, when I was a kid, acting in a production of Joe Turner's Come and Gone. That's how I got my introduction to August Wilson,” recalls Dirden. “One of actors in that company in Houston, where I was performing, told me, ‘August Wilson is going to feed your family one day.’ I didn't quite know what it meant then, but now, 30 years later, it is abundantly clear to me. It's because of what August has successfully done with his body of work (which) is to provide a wealth of stories about humanity that helps sustain me, not only as an artist, but as a Black man living in America.” 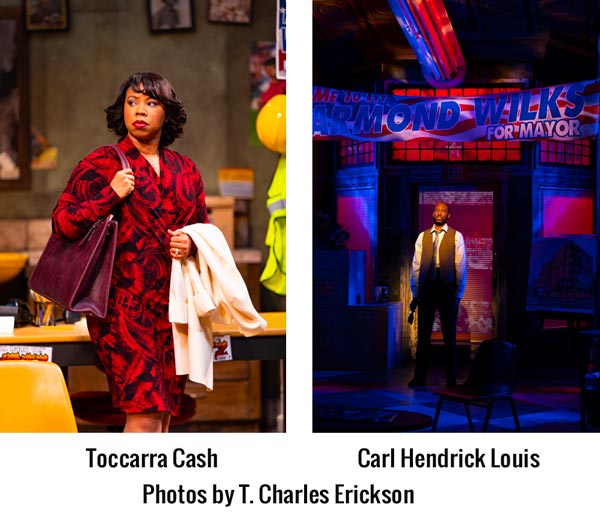 While Wilson never considered himself to be a historian, per say, Dirden believes the playwright tried to give an accurate depiction of what happened in history through his Cycle of plays. “Even though Radio Golf is set in 1997, the people that populate this play are struggling with very issues that are coming to a head right now in 2021 (such as) gentrification—do we discard our past culture in favor of a more commercial culture? We have a character at the center of this play who is running to be mayor of Pittsburgh. Now, coincidentally, Pittsburgh elected its first Black mayor (November 2, 2021),” adds Dirden. “So, August was really prophetic in some of the themes that he was writing about and some of the stories he was telling.”

Coming back after the shutdown proves that the theatre community has an indomitable spirit, Dirden says. “It is  miraculous to be supported by a theatre company that believes in the power of this particular play. The pandemic made us drop the ball, but we picked it up and we're going to carry it across the finish line.” He recounts in August Wilson play, Two Trains Running, when the mythical Aunt Ester tells the character Memphis ‘if you drop the ball, you got to go back and pick it up. Because if you cross the goal line, it ain't going to be no touchdown.’ “It's important that we see this mission through,” Dirden says. 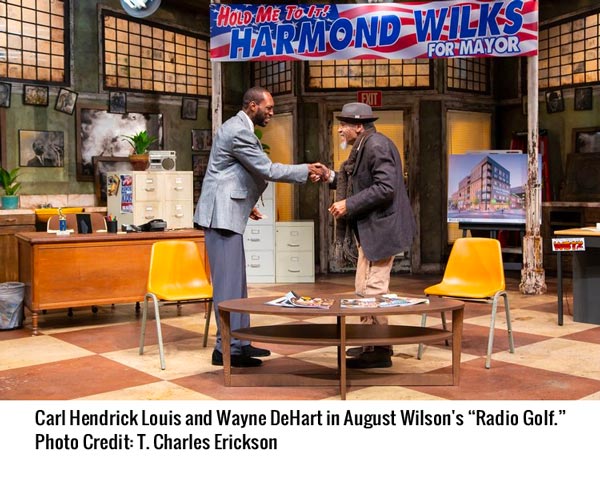 Two River Theater  is committed to producing all 10 of August Wilson's plays. People in the tri-state area want to take this ride, says Dirden, to see all 10 plays in the Cycle. “We started this (journey) in 2012. The goal is to do the remaining four, which are some of his most popular plays, like The Piano Lesson, Joe Turner's Come and Gone, Fences, and Gem of the Ocean.” Tony Award-winning Ruben Santiago-Hudson directed Two River’s productions of Jitney, Ma Rainey’s Black Bottom and Two Trains Running.

“I'm excited for audiences and for fans who want to complete the Cycle. I think it's exciting for them to be able to do it with Two River Theater,” adds Dirden. “But I think it's also very exciting, even if you have seen Radio Golf before, to see how our time has basically caught up with August. I think he was way ahead of his time when he wrote this play. We as a society are really now investigating, interrogating the things that he proposed in this play. And so, I can hear it with a new appreciation that I didn't have for it when it first premiered.”

Single tickets for Radio Golf are now on sale at tworivertheater.org or 732.345.1400. Prices range from $40 to $70, with discounts available for groups, seniors, and U.S. military personnel and their families, and veterans. Season Subscriptions are also available, and, for a limited time, patrons can buy a full season four-show package for $150 – a savings of up to 50%! A limited number of $25 tickets are available for every performance; $25 tickets may be partial view. Tickets for patrons under 30 are $25 and include the best available seats at every performance.