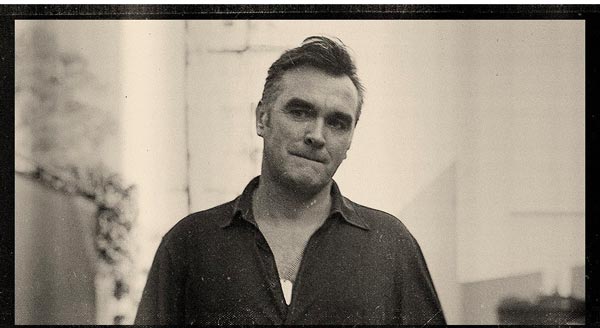 (NEWARK, NJ) -- New Jersey Performing Arts Center (NJPAC) presents British singer-songwriter Morrissey on Thursday, December 1 at 8:00pm. Morrissey was the singer and lyricist of The Smiths for 6 years and has been a successful solo artist for the past 35 years.

Born in Manchester, England, Morrissey is of Irish parents and, specifically, Dublin lineage. He’s enjoyed 16 albums in the UK Top Ten, plus 9 Top Ten albums with his former group The Smiths, of which Morrissey was a founder member. In the U.S., Morrissey has had two Top Ten albums, and eight Top 20 albums.

In 1991, Morrissey broke The Beatles record for selling out the Hollywood Bowl; in 1994 his album Your Arsenal was Grammy nominated; and in 2006 Morrissey was voted the second Greatest Living British Icon as voted by viewers of BBC Television, with Sir David Attenborough first and Sir Paul McCartney third. In 2007, Morrissey was voted The Greatest Northern Male in a nationwide newspaper poll.

Morrissey's songs have been covered by David Bowie, Nancy Sinatra, the Killers, Marianne Faithfull, Chrissie Hynde, My Chemical Romance, Thelma Houston, Christy Moore, amongst many others.