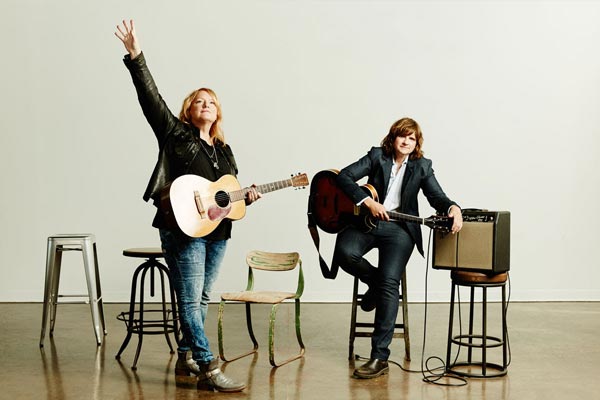 (NASHVILLE, TN) -- Indigo Girls will be honored with The Spirit of Americana Award for lifetime achievement as songwriters and recording and touring artists as well as outspoken social activists during a televised ceremony at the historic Ryman Auditorium on Wednesday, September 14. The awards ceremony serves as the hallmark event of Americanafest produced by the Americana Music Association (the AMA), which takes place this year on Sept. 13-17 in Nashville, TN.

The awards recognize a lifetime of artistry in music. Speaking of the Indigo Girls, the AMA states that “their songs, musicianship and voices have touched our hearts. Their authentic talents define today what so many find appealing in the Americana world - and right there on their website, is the tab for Advocacy — combining to set a standard that places them in our pantheon of musical innovators”.

The Spirit of Americana Award is co-presented in partnership with the nation’s leading advocate for Freedom of Speech; the not for profit, First Amendment Center founded by the late John Siegenthaler, Sr. Past recipients of this award have included: Mavis Staples, Rosanne Cash, Graham Nash, Billy Bragg, Buffy Sainte-Marie, Jackson Browne, Stephen Stills, Steve Earle, Kris Kristofferson, and Johnny Cash.

On the morning of the ceremony, Saliers and Ray will sit down with acclaimed writer and culture critic Ann Powers for an in-depth, career-spanning interview in front of a live audience of AmericanaFest attendees.

Remaining tickets to the Americana Honors & Awards show will be on sale to the general public during the day on Wednesday September 14th at the Westin Hotel downtown and at the Ryman Auditorium box office before the show at 5:00pm.

Over a 35-year career that began in clubs around their native Atlanta, Georgia, the multi-Grammy-winning duo of Emily Saliers and Amy Ray has recorded 16 studio albums, sold over 15 million records, and built a dedicated, enduring following across the globe. Rolling Stone describes them as the “ideal duet partners.” Committed and uncompromising activists, they work on issues like immigration reform, LGBTQ advocacy, education, death penalty reform, and Native American rights.

Indigo Girls will tour through the Fall of 2022 and into the new year. Highlights include headlining the 2022 Opelika Songwriters Festival in Opelika, Alabama on October 15 joined by Rickie Lee Jones, Shawn Mullins, John Paul White and many others. Tickets are available HERE.

Indigo Girls will ring in the new year in their home town of Atlanta, GA with two nights of performances (December 30 and 31st ) backed by the Atlanta Symphony Orchestra. Audiences will be treated to full symphonic arrangements of classic hits and fan favorites like “Kid Fears,” “Galileo,” and “Power of Two.”

Look for coming announcements for new confirmed shows in 2023 including a tour of major US markets in June and UK and European markets in August.