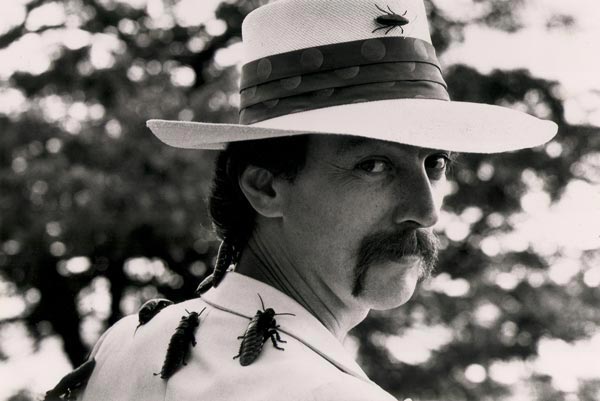 “Seems everywhere I lived, there were always cockroaches and I figured, well, they were actually being wasted,” said Joey Skaggs.

Skaggs was noted by one television host as being called, “The Great Hoax Artist, a liar, and a media genius” and his latest short film is one of over twenty that will being screened at the Fall 2022 New Jersey Film Festival. The festival runs on select Fridays, Saturdays, and Sundays between September 9th through October 16th. Seventeen films will have their New Jersey or Middlesex County premiere at the festival. We’ll take a look at a few of my favorites for September in this article.

Joey Skaggs: Metamorphosis, Cockroach Miracle Cure is part of four films which will screen on Friday, September 30. The film is part of an on-going series about the famous prankster. There are currently about six such short films completed and more than 40 are planned for the series. The New Jersey Film Festival has screened several of them and he’s always a festival favorite. In this episode, we see how the media covered his cockroach hoax.

Along with the Joey Skaggs film, the shorts program on September 30th also includes The Hauntings of New Hope - a short documentary that profiles one of the most haunted locations in Pennsylvania; Panta Rei (everything is in flux) - a fascinating experimental film with colors and shapes swirling like a kaleidoscope gone wrong or perhaps a peer into another dimension; and The House - a short film that can be summed up by the statement, “Ghosts make the worst roommates.” The four films combine for one of my favorite nights of the festival. 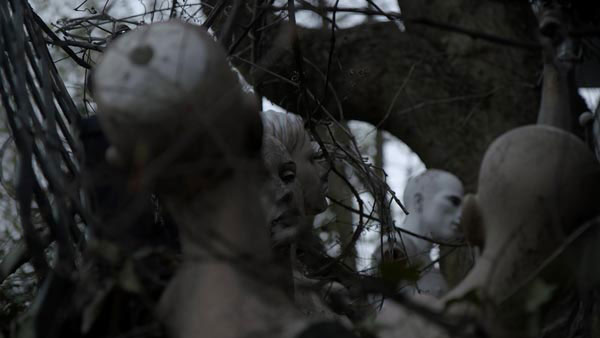 Now in its fourth decade, the New Jersey Film Festival returns to Rutgers University in New Brunswick for its 41st bi-annual festival. It is a hybrid festival again as they are presenting it online as well as doing select in-person screenings in Voorhees Hall on the Rutgers University campus in New Brunswick. All of the films in this article will be available both in-person and online.

"All the films we are screening at the Fall 2022 New Jersey Film Festival are special as they went through a rigorous judging process, but I personally really enjoyed Charly Santagado's experimental dance feature Soldier Island which is based on Agatha Christie's mystery novel And Then There Were None,” said Rutgers University Professor Albert G. Nigrin, the Executive Director/Curator for the New Jersey Film Festival. “It is shot in the Drake House in Plainfield and at the Jersey Shore too. I like Charly's quirky sensibility.” 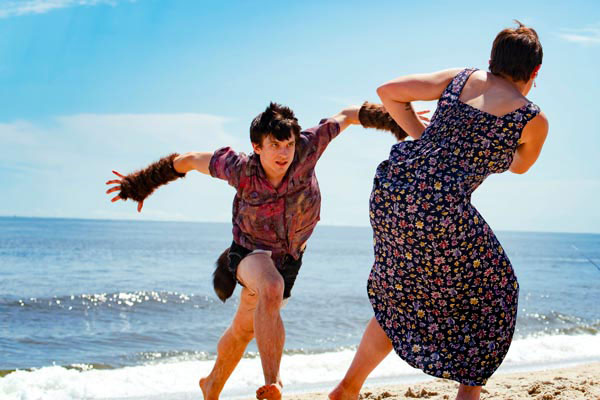 Soldier Island will be screened on Friday, September 23 along with the short films Cabeco - a short film about a passionate Argentine Tango dance fantasy; and Howl - an experimental film by Martin Del Carpio and Martin Gerigk.

Charly Santagado is a co-founder and Artistic Director of ~mignolo dance~ in Metuchen. She is a dancer and choreographer whose work has been produced at more than twenty venues around the tri-state area. Her short experimental film Mise En Abyme was named Best Experimental Film in the Spring 2022 New Jersey Film Festival.

Soldier Island is shot in a myriad of styles. It starts with a dancer moving in the darkness and then we see someone turn the pages of Agatha Christie’s novel. From there it moves into live action with one woman awakening from her slumber. Before long there are two, then three - all shown in different screens like on a Zoom call. The film increasingly adds more and more screens with people in their own little world. Watching the screens increase is a very interesting experience. It’s probably unlike any film you’ve ever seen as they interpret Agatha Christie’s story in a truly unique way.

The film features 10 dancers to represent the 10 main characters of the novel and was recorded inside The Drake House. Because they were unable to rehearse together in the same room (due to much of the creation period taking place during the height of COVID), each dancer has their own film within the film and lives (with some exceptions) within their own video box. Some of the dancers never even met in person, and this reflects both the new possibilities unlocked by these exceptional times and just how stratified our world has become.

“I also think Alastair Evans's timely environmental documentary A Crack in the Mountain, which is shot in Vietnam and is about the world's largest cave, is a must see film,” said Nigrin.

A Crack in the Mountain screens on Sunday, September 11. This visually stunning full-length film takes place deep in the jungle of Central Vietnam where a magnificent underground kingdom is located. In a way it reminds me of Jules Verne’s Journey to the Center of the Earth. As one person in the film says, “When I was in that cave, I saw things that I would not believe if I saw pictures of. It really elicits a sense of wonder in you, which is the closest feeling that I have had to a belief in magic since I was a child.”

Hang Son Doong which translates as “mountain river cave”, is the largest cave passage in the world and a place of spectacular beauty. In 2014, Son Doong’s future was thrown into doubt when plans were announced to build a cable car into the cave. With many arguing that this would destroy its delicate eco-system and the local community divided over the benefits this development would bring, the film follows those caught up in the unfolding events. A Crack In The Mountain is a powerful exposé about how both good and bad intentions can ultimately lead to one of the world’s greatest natural wonders being trampled for money. Its goal is to inspire those who care about our natural heritage to fight to protect it.

“The Sun Rises in the East by Tayo Giwa, which is a rich and heart-felt film about how the black community in Bed-Stuy Brooklyn created the most incredible haven for self-expression and education, is very insightful,” added Nigrin.

Screening on Friday, September 9th, The Sun Rises in The East chronicles the birth, rise and legacy of The East, a pan-African cultural organization founded in 1969 by teens and young adults in Bedford-Stuyvesant, Brooklyn. Led by educator and activist Jitu Weusi, The East embodied Black self-determination, building more than a dozen institutions, including its own African-centered school, food co-op, newsmagazine, publisher, record label, restaurant, clothing shop and bookstore. The organization hosted world-famous jazz musicians and poets at its highly sought-after performance venue, and it served as an epicenter for political contemporaries such as the Black Panther Party, the Young Lords and the Congress of Afrikan People, as well as comrades across Africa and the Caribbean. In effect, The East built an independent Black nation in the heart of Central Brooklyn. The Sun Rises in The East is the first feature-length documentary to explore this inspiring story. The film also examines challenges that led to the organization’s eventual dissolution, including its gender politics, financial struggles and government surveillance.

Another highlight for jazz fans is Little Satchmo, which screens on Sunday, September 18th. It begins with the admission, “My name is Sharon Preston-Folta and I am Louis Armstrong’s daughter. His only child. I have waited my entire lifetime to say that publicly out loud because up until this very moment, I wasn’t allowed to admit to anyone other than my closest family and friends that the blood of a legend runs through my veins.”

Sharon was the daughter of Armstrong’s mistress. As a married man, keeping her a secret was necessary. “It was the music that diluted me into thinking my father was around more than he actually was,” she acknowledged.

To the world, Louis Armstrong is iconic — a symbol of musical genius, unparalleled success, and unassailable character. To Sharon, he was simply Dad. Armstrong’s wholesome, non-threatening image preserved his singular career as a black performer with unfettered access to a white man's world. Yet he was more than a caricature; he had desires, he had longings, and in private, he held tightly to the things he loved. One of his closest held secrets was the daughter sworn to secrecy.

These are just a few of the highlights. All of the films will be available virtually via Video on Demand for 24 hours on their show date. Each ticket or festival pass purchased is good for both the virtual and the in-person screenings. Tickets are $15 per program (many offer more than one film per program) and $100 for a Festival All Access Pass. For information on all of the films, click here. 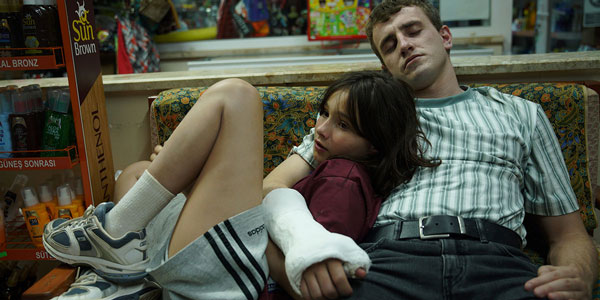 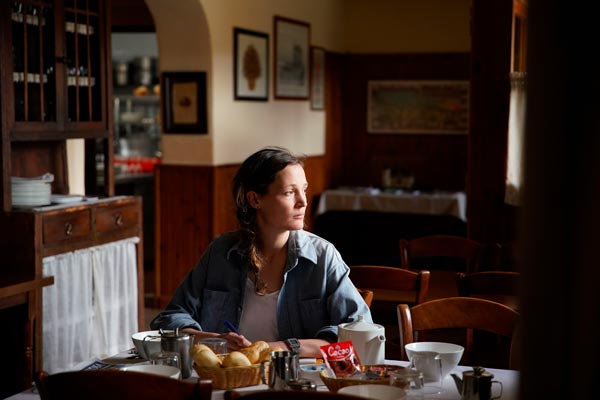 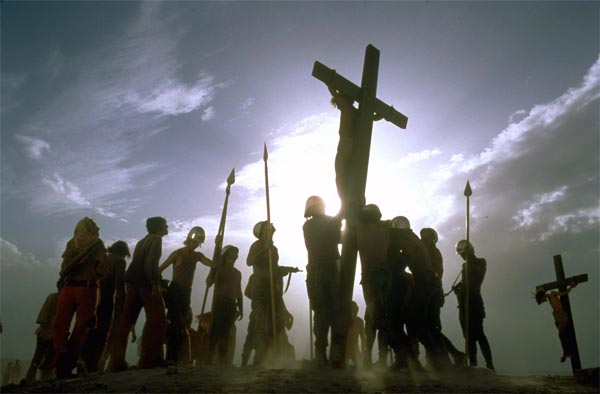 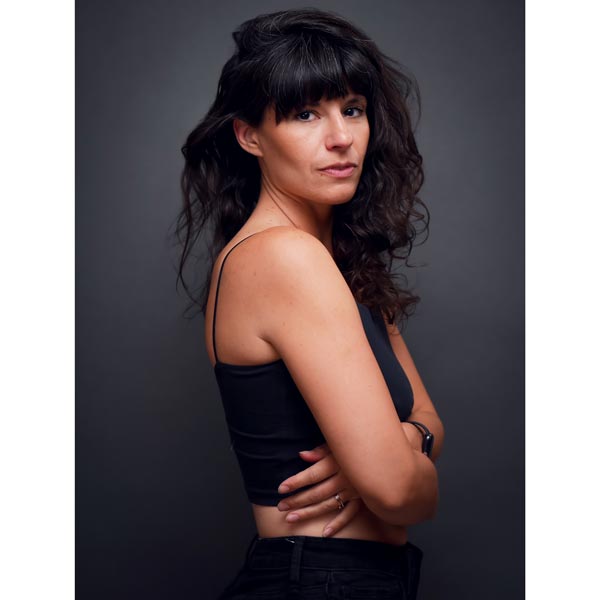