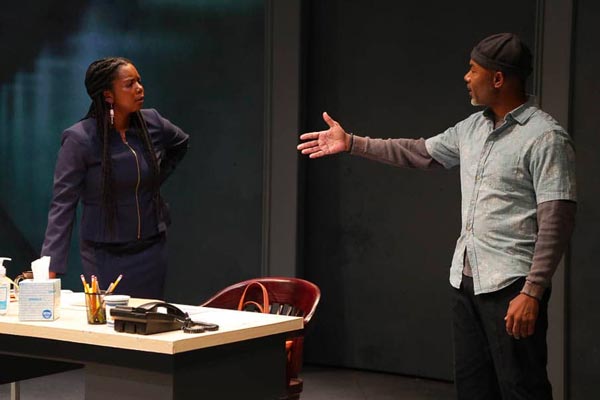 I thought only Superman, with his X Ray vision, could see two plays at the same time. I was wrong. The audiences at the Unicorn Theater, in Stockbridge, Massachusetts, in the Berkshires, can do it, too. All anyone needs to do is see the world premier play B.R.O.K.E.N CODE / B.I.R.D SWITCHING, by Tara Wilson Noth.

I was befuddled. The first act was uncertain, confusing, baffling. What is the word I am searching for? Oh, yes. The word is dreadful. The second act, though, was a waterfall of power, a huge quiet lagoon of pleasure – one hell of a debut play.

In the first act, none of the stories or characters were connected. A couple – black and white – are fighting, but you don’t really know why. Another story in the opening act is that of black woman lawyer convinced her young black client is innocent of a murder charge. She won’t let go of her belief, even though the client admits to killing someone. What does one story have to do with another and where is either going to go? I was pretty lost. 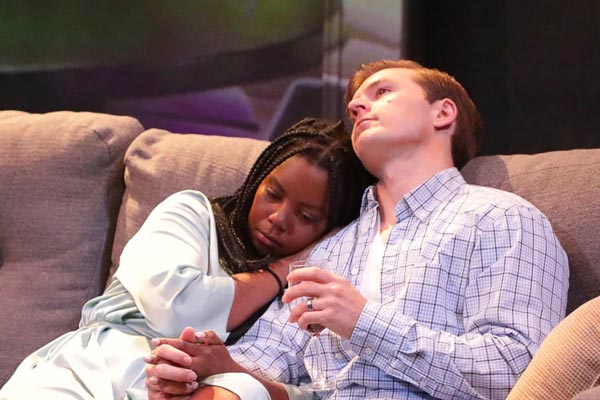 The second act of the play is just brilliant. Everything does tie together and we have the turbulent arrival of a photographer, who is determined to show the ”killer’s” life through photographs. The idea is that no one sees it because the “killer” is black and gets lost in both the justice system and society.

The play has a lot (a lot) of sex, betrayals, racism and the battle of African-Americans in a justice system that the playwright suggests is against them.

So, where is all this going?

You don’t find out until that last moments, and he last ten seconds are, well, gripping.

The play gets really dazzling at the end of the first act, when the photographer jumps into bed with black lawyer Olivia, the woman fighting with her white husband. The photographer tries to convince her he is trying to find her soul, show her the right path in her life. Oh, come on! Anyway, she buys his story.

Noth has written an intriguing play – lot of sharp turns in the plot, but what makes this play so powerful is the deep characters she has created and the way the actors portray them – stage cannonfire.

Olivia is older than her white husband and they battle each other ferociously. The playwright hits a lot of high notes her and explains, as we all know, that tragedy often hits good people like Olivia and her husband. Why does she keep thinking it is only hitting her? The husband gets it, but why doesn’t she?

She runs off with the photographer, the chatty and persuasive Olen Porter, to assuage her grief and her problems with her husband, well played by Torsten Johnson. The husband is rather uninteresting until the end of the play, when his emotions change to volcanic. 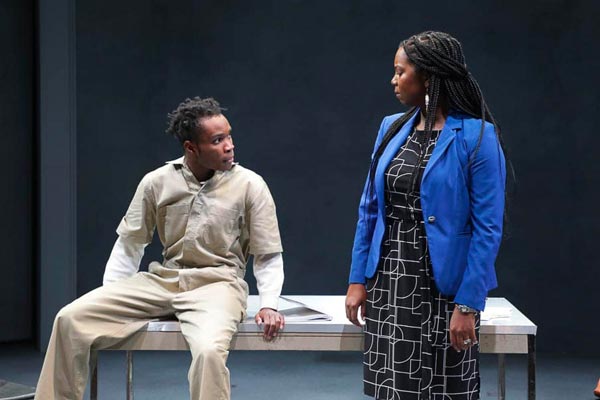 DeAnna Supplee is nothing short of magnificent as Olivia. The actress takes on the role and transforms herself into the lawyer, leaving no stone unturned. She is sometimes happy, sometimes sad ad always titanic  in her portrayal. 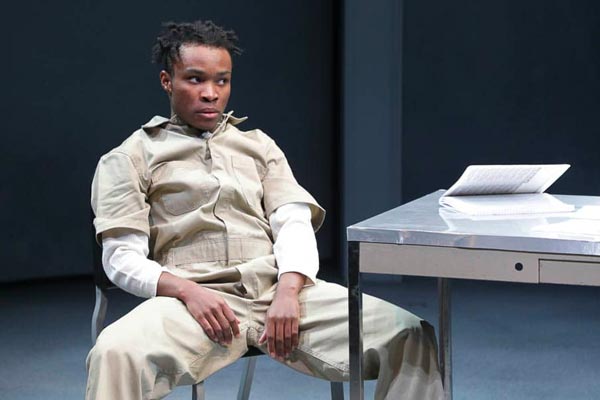 Others in this fine cast are Almeria Campbell, Rebecca Hargrove and Jahi Kearse (photographer).

Three cheers for director Kimille Howard. This is a play that could fall apart at any moment if she was not in charge. She keeps it moving and, at the same time, keeps you moving with her. This might have been a trite TV crime show (Law and Order?), but she raises it to another level.

She and playwright Noth have also done a fine job with race in the play. They don’t keep hitting you over the head with it, and that would have been easy to do. African Americans have always been short changed by the justice system (some five times as many of them are in jail as whites even though they make up only 10% of the population). We all know that is a problem of some kind and want to change it, but we don’t need a playwright to beat us with it. Noth does not but makes her point, and strongly. 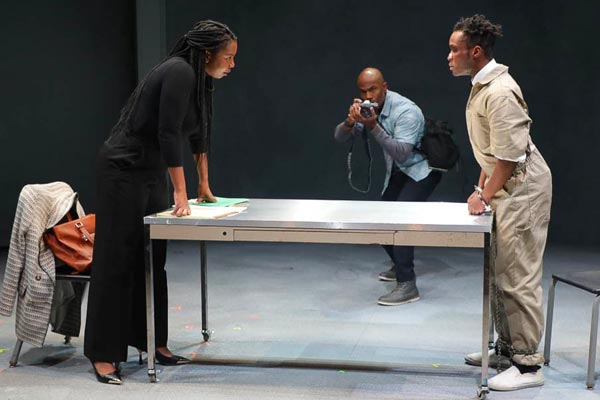 The play’s title? I was up half the night trying to figure it out – unsuccessfully. When the play comes to a theater anywhere near you, though, please see it.