PHOTOS from "The Pin-Up Girls" at NJ Rep 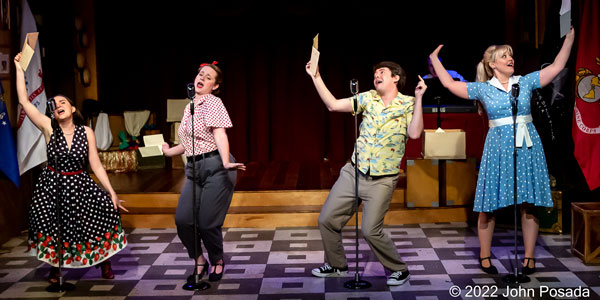 (LONG BRANCH, NJ) -- New Jersey Repertory Company (NJ Rep) is currently presenting The Pin-Up Girls: A Musical Love Letter now through July 10th.  This is a new musical by James Hindman and Jeffrey Lodin, starring Sara Glancy, Brittany Jeffery, AJ Melnick, and Pheonix Vaughn. From The Andrews Sisters to Beyoncé! From World War One to Afghanistan. The Pin-Up Girls sing a cavalcade of hits inspired by real letters home from our troops overseas! Photographer John Posada was on hand to take photos during a preview performance.

While singing at their local VFW hall, Leanne and her friends stumble upon a huge stash of letters that go back a hundred years. Inspired by what they find - funny, romantic, heartbreaking and… sexy - the ladies put on a show that celebrate the guys and gals who fight to defend our country.  The musical was written by James Hindman and Jeffrey Lodin. NJ Rep's production is directed by James Hindman, with musical direction by Jeffrey Lodin, choregraphy by Eugenio Contenti and associate choreographer Molly Model. The pianist is Jo Lynn Burks.

Here are photos from the play. 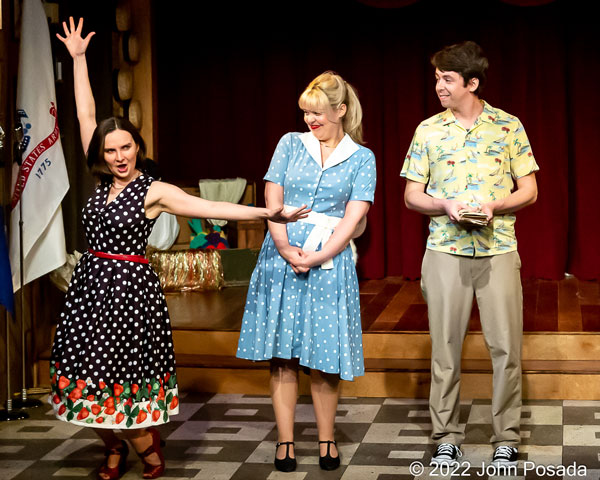 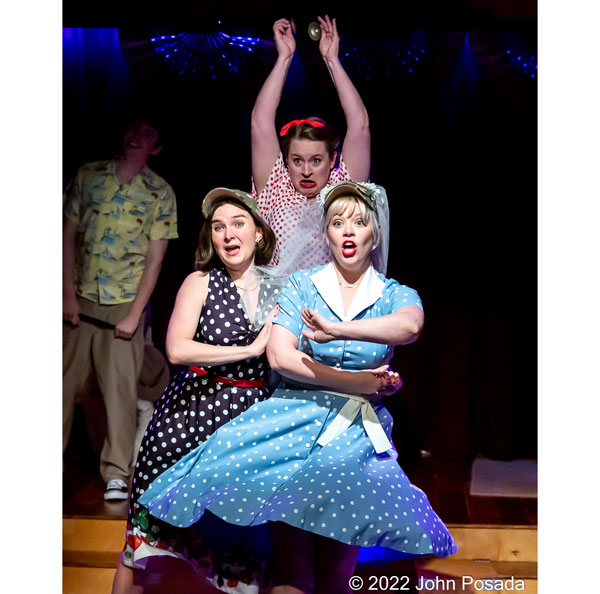 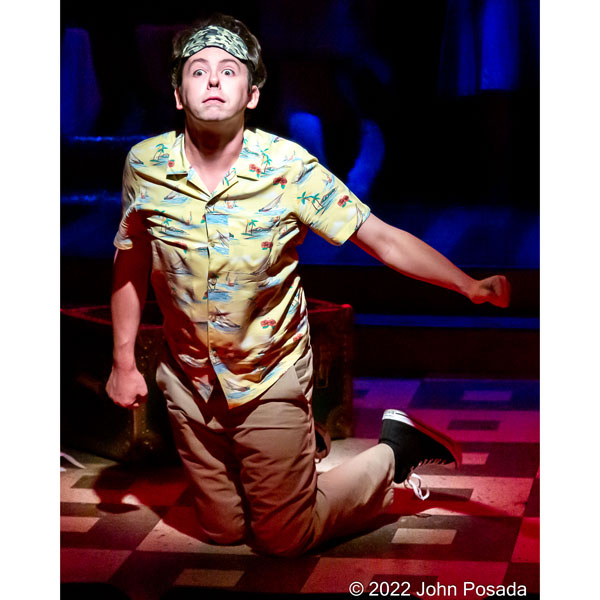 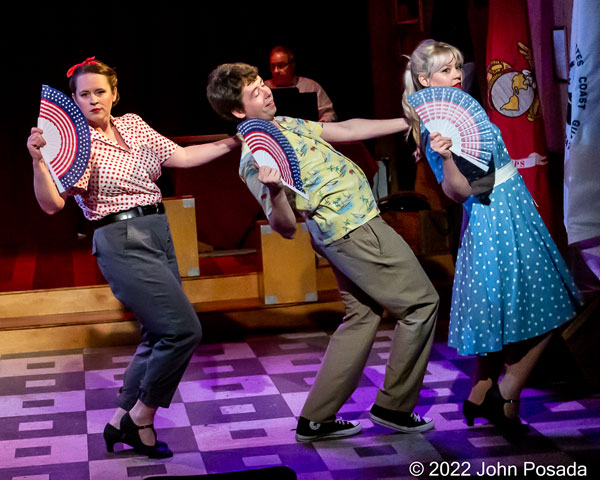 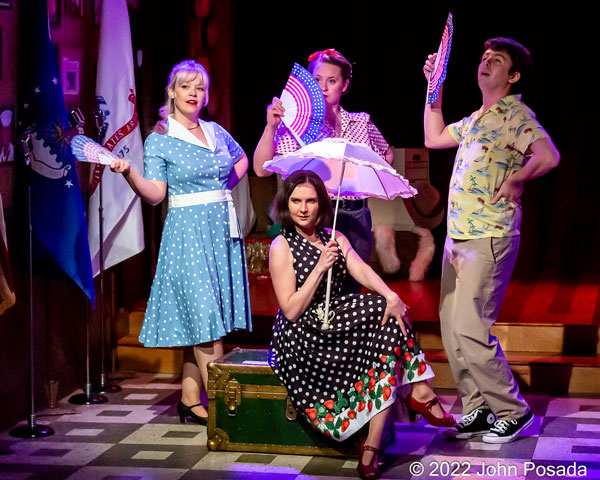 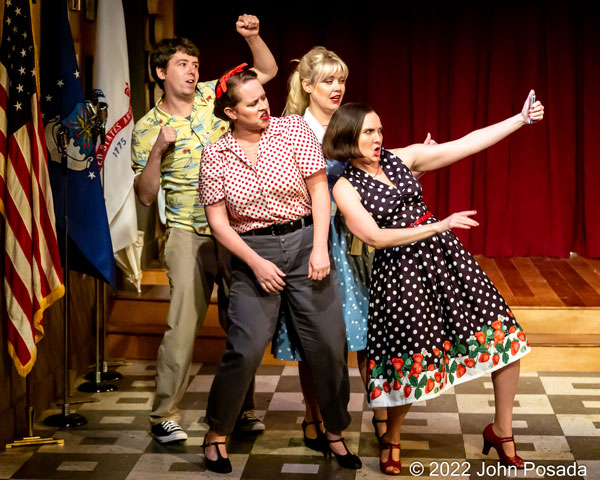 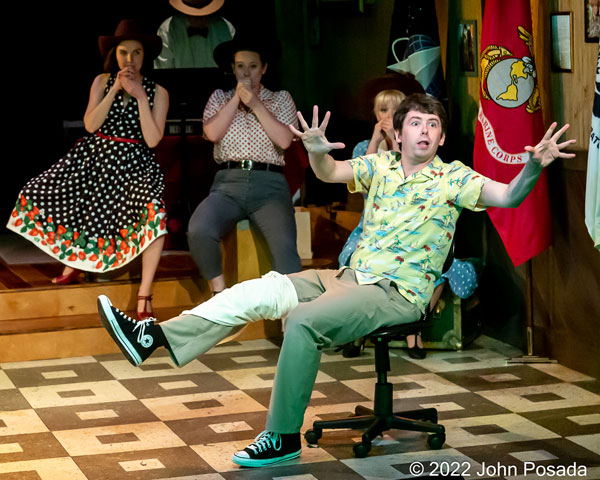 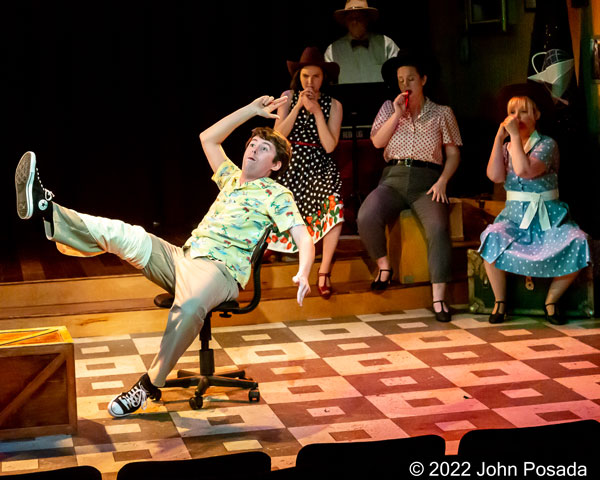 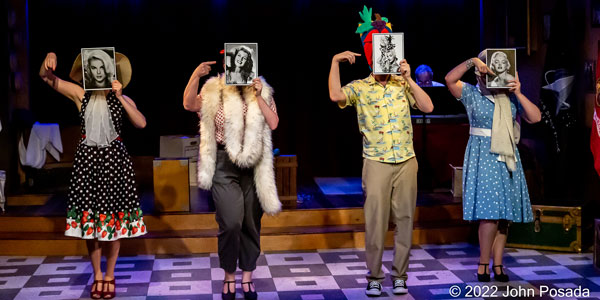 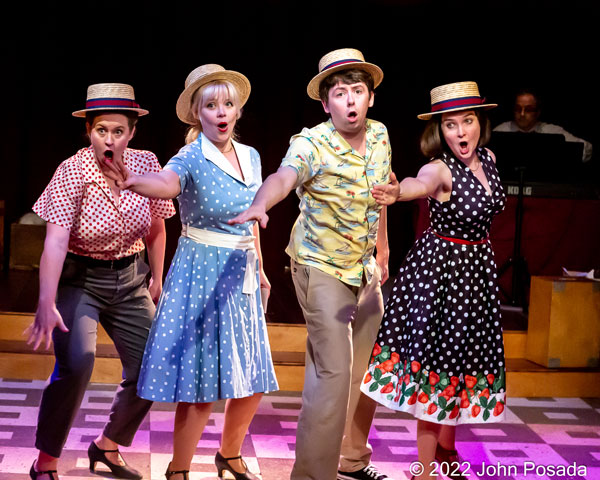 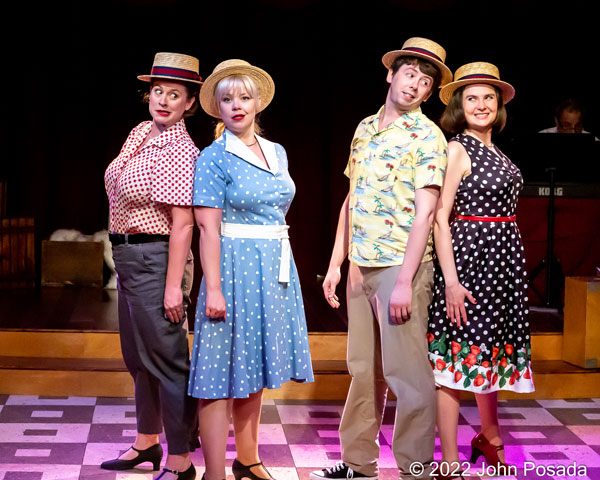 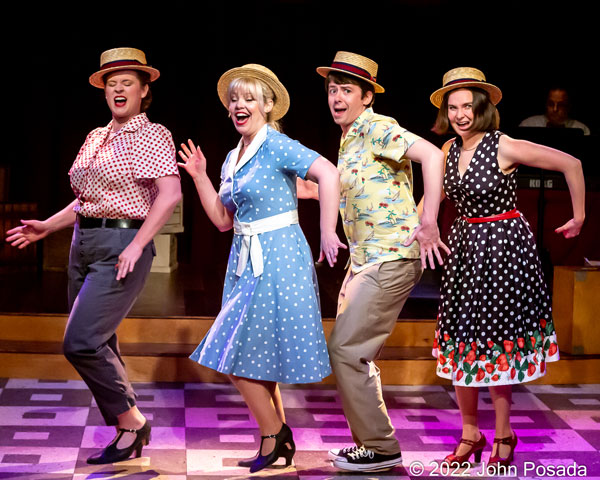 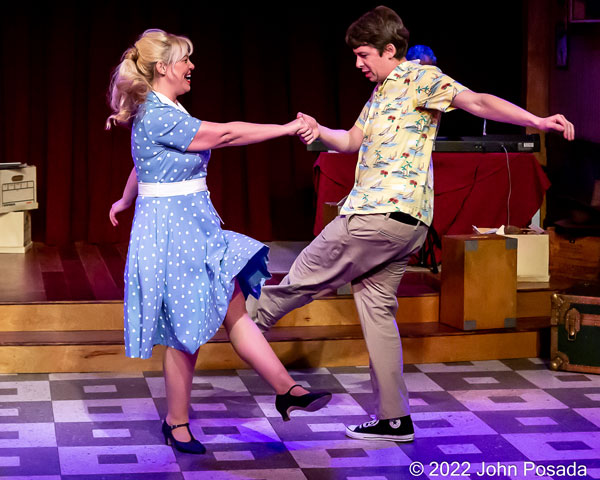 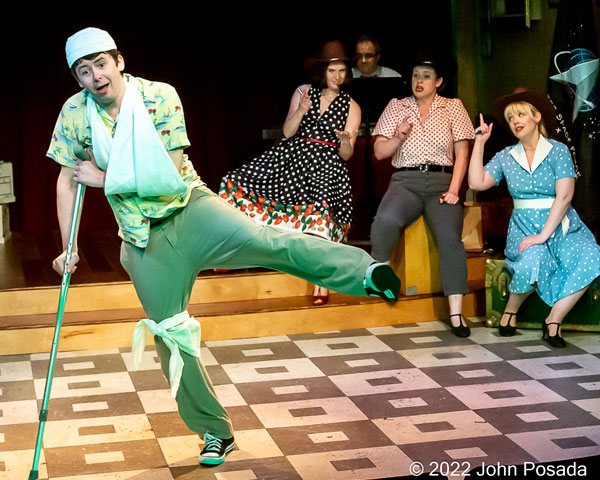 New Jersey Repertory Company is located at 179 Broadway in Long Branch, New Jersey. The company was founded in 1997 by SuzAnne and Gabor Barabas. Its current central headquarters is the Lumia Theater located on lower Broadway in Long Branch. The theater's mission is to develop and produce new plays and to make a lasting contribution to the American Stage. Over two decades NJ Rep has produced 140 plays of which 125 have been world premieres. The theater has the additional distinction of having had many of its plays produced by other theaters around the country totaling over 200 subsequent productions in the U.S. and overseas. In 2012 and 2018 NJ Rep was the recipient of a National Theater Company Grant from the American Theater Wing that sponsors the annual Tony Awards for Broadway in recognition of its contribution to the repertoire of the American Stage. Only seven theaters have had this distinction. In addition, the theater has presented over 400 developmental readings as well as introduced 136 new works through its Theatre Brut Short-Play Festivals that focus on visionary and avant-garde works.

In May 2016, NJ Rep acquired a new property, a 28,000 square foot school situated on 2 ½ acres and located just five minutes from its Main Stage Lumia Theater and two blocks from the Jersey Shore. The theater plans on gradually transforming the school in stages into a cultural center that will house additional performance spaces, an art cinema, an art museum, a rooftop café, an arts education wing, and residences for out-of-town actors and playwrights. When completed, the center will present a wide array of programs in acting, playwriting, art, sculpture, poetry, music, and photography and will serve as a catalyst for economic development and as the foundation for the cultural renaissance of the community.

John Posada is a New Jersey based photographer specializing in live theatre and music performances. For more than 10 years, John has photographed live music events where he mastered the techniques of timing and capturing fast moving action under challenging lighting conditions to capture that perfect moment that tells a story in a single image. Currently, John has photographed productions for over 22 different theatres. Click here for John's website.