If you want to witness timelessness, go to see John Lodge – the legendary bass player, vocalist, and songwriter for The Moody Blues – performed with his 10,000 Light Years Band at the Levoy Theatre in Millville on Wednesday, March 9.

This tour started on March 8 in Connecticut and works its way south, wrapping up in Florida at the end of the month. It is the first time Lodge has performed live since 2019.

“Like everyone, I’ve been in COVID lockdown,” he said. “It’s quite strange. I’m packing now for the tour and I’m saying to myself, ‘What do I take? Do I need two of those?’ I’ve never been off the road for this long in my life.” 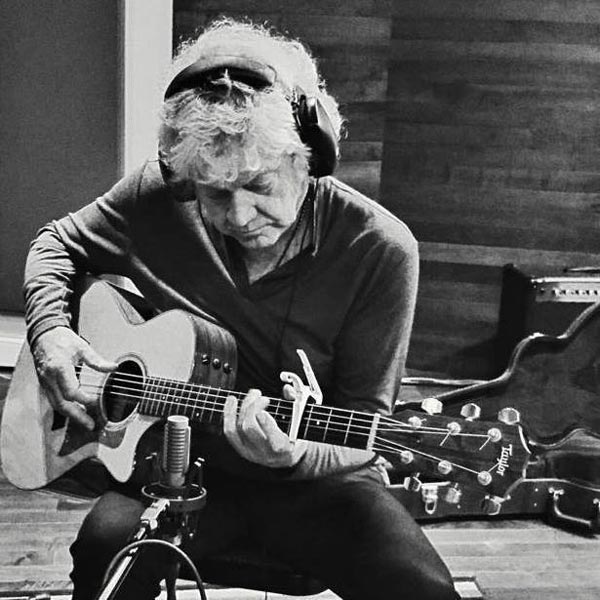 I can only imagine for someone like Lodge, who thrives on performing, that the pandemic restrictions must have been challenging.

“It’s been really difficult,” he said, “not just for me but for my band.”

“We’ve been fortunate, though, because I’ve been writing and recording, and my band has been recording with me. That way, we’ve been able to keep in touch.”

And, right before Christmas, they rented a big rehearsal studio with a stage and lights and did a performance.

“There was no audience, just a few friends, but we just wanted to get out there and iron out the creases,” said Lodge.

Rather than take a break, Lodge has continued to create, and he wrote a new song, “In These Crazy Times,” while in isolation. He had no band or engineers, so, in true necessity-is-the-mother-of-invention form, he taught himself to use the recording software GarageBand.

He fashioned a home studio from available space in his house, performed vocals and acoustic and bass guitar there, and then recorded keyboard and drums himself on GarageBand.

In her debut performance, Lodge’s wife Kirsten sang on the song. Then, he sent on the files to Jon Davison (from Yes) in England for additional backing vocals.

“And my son, Kristian, did some guitar playing, which he’d never done before.”

“It’s been a great time, in a strange way,” Lodge said, “totally different from anything I’ve done before.”

“I’ve found a great way to work with my band, and I love it,” he continued. “We’re just finishing up a new album, and I’ve recorded some more songs – all from a distance.”

“And when I send a song to Alan Hewitt, my keyboardist and musical director who is going to do the orchestral parts,” Lodge said, “I tell him what I want, but I have no idea what he’s going to do.”

It’s the same with Billy Ashbaugh, the drummer, and Duffy King, the guitarist.

“When they send me the files and I listen, it’s like Christmas Day,” he said. “And I think to myself, ‘This is the way forward.’” 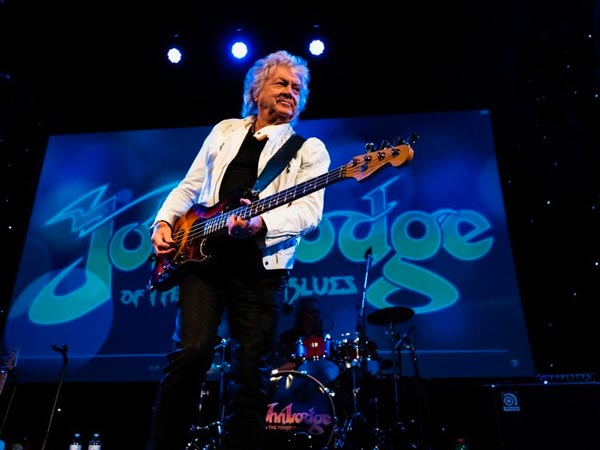 I wanted to go back in time with John Lodge and learn how his musical career began. I started by asking who his musical influences and heroes were when he was young.

“In England, we didn’t have the same musical history as in America,” he said. “I got involved with rock ‘n’ roll by people like Jerry Lee Lewis and Fats Domino, who were basically using the left-hand side of their piano.”

“I understood it drove the music, it drove the rock ‘n’ roll,” he said. “And, because we didn’t grow up with anything like this music, all of these people were huge icons in England.”

“Then, for me, Buddy Holly – this guy with glasses, a black suit, a black tie – came along, and he was a singer-songwriter. And I said to myself, ‘This is a way for me.’ He was my main influence in songwriting and singing, and listening to him got me thinking about harmonies in a song as well.”

“I started hearing this music on the radio, and then a couple of the television stations were inviting people like Gene Vincent and Chuck Berry to come to England,” he said. “It was overwhelming. It was like a floodgate opened.”

“When I realized what it meant to me, it just took over,” he said. “Until that time, I never thought about music as a way of life for me.”

But it DID become his way of life. For more than five decades, Lodge has been performing and recording with The Moody Blues while maintaining a successful solo career.

Lodge got his first guitar when he was barely in his teens, and at 16 bought a Fender Precision bass.

Fascination with the those deep sounds from the left-hand side of the piano fueled Lodge’s interest in the bass, and his passion grew as he listened to early rock ‘n’ roll riffs. He began wondering what it was about a bass guitar that added such dimension to the rhythm, energy, and emotion of the music.

In the 1960s, Lodge and friend Ray Thomas formed El Riot & the Rebels, a band inspired by the sounds of Little Richard, Jerry Lee Lewis, and Gene Vincent. Though their career was relatively brief, the group was notable for the fact that three out of six of the musicians – Ray Thomas on lead vocals and harmonica, Mike Pinder on keyboards and vocals, and Lodge on bass and vocals – went on to play key roles in The Moody Blues.

“We used to play a gig every month in the town hall, and we went there one time, and the promoter said, ‘Sorry, guys, you’re not on the bill this week,’” said Lodge. “He told us they had this band from Liverpool, and they just released a record called “Love Me Do,” and they will be playing tonight.”

[Three guesses who that band was; first two don’t count.]

“So, we played with them that night,” said Lodge, who has photographic proof, “and started listening more to what they were doing. After that, we decided to write and perform our own music, and that’s how an album like Days of Future Passed came about.”

Celebrating the 50th anniversary of that landmark record, the Moody Blues took to the road in 2017 to perform the entire album live. The concert in Toronto was recorded and broadcast on PBS as part of the “Great Performances” series.

Lodge has been honored with a star on the Walk of Stars in his hometown of Birmingham, England. In 2018, The Moody Blues were inducted in into the Rock & Roll Hall of Fame and the band performed at the ceremony. And Lodge has done innumerable concerts and musical projects throughout this time.

So, here we are in 2022. Lodge is riding a successful 50+ year career that he loves. His voice is strong, his musicianship is solid, and his spirited stage presence belies the number of years he has been doing this.

To wrap up the interview, I asked Lodge what’s next.

“After this tour ends, I’m going to have a rest,” he said, “I expect to get back to all this again in the summer.” 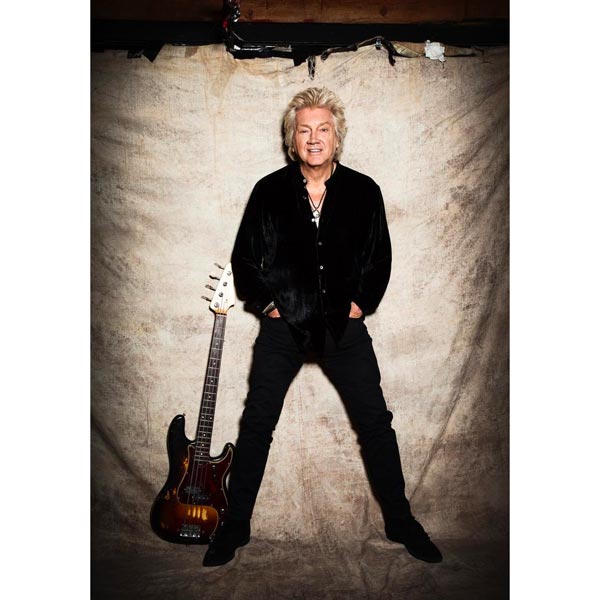