Ray On My Mind 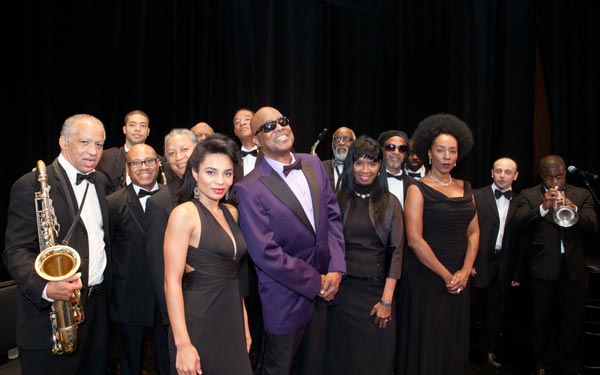 Enjoy a high energy celebration of the music and life of Ray Charles as performed by Kenny Brawner. Ray on My Mind includes his most popular hits such as ‘What’d I Say,” “I Got a Woman” and “Georgia on My Mind,” interwoven with stories of his life, his many musical styles and more.

Kenny Brawner is a critically acclaimed keyboardist, vocalist, composer and actor, who as a musician, plays his own distinctive style of Jazz, Funk, R&B and Blues. For nearly a decade Mr. Brawner led and composed for a jazzfunk recording band called “Raw Sugar.” During that period, his funk composition Whups it on Me was chosen ‘Showstopper of the Week’ on WBLS in New York and featured with the band on the television show, Soul Train. He presently leads a group called the Brawner Brothers Band known for its old-school sweet soul music, blues, Latin, African and jazz modes and volcanic funk. He has been featured with BB King and has dazzled in Blues Suite live on stage with the Alvin Ailey American Dance Theater.

Kenny has also recently played lead theatrical roles as a blues man in both Dan Dietz’s Clementine in the Lower 9 at Theatre Works in Mountain View, California and a blues based musical called The City Club, Off Broadway in New York. He played a leading role in Canadian Stage’s production of What Makes A Man, a show about the life and music of the legendary Charles Aznavour, one of the world’s best “showmen”. Most recently he played a soulful organist in Stew and Heidi Rodewald’s The Total Bent at New York’s Public Theater. He can be seen in the classic movie musical Hair. Kenny is now leading and touring with a 12- piece band and 3 sultry female vocalists doing a concert/theater work in which he brings the music and the story of the great Ray Charles to life.