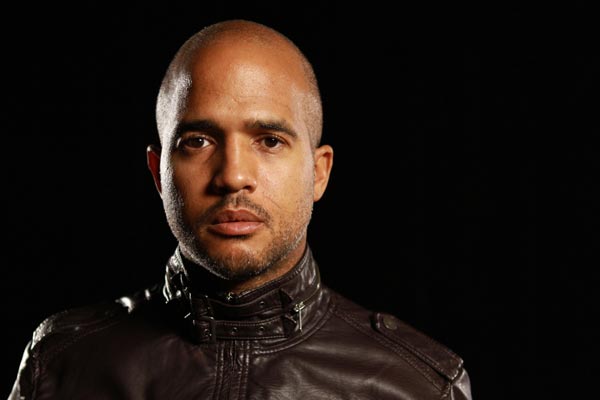 (NEWARK, NJ) -- Daniel Bernard Roumain (DBR)—the composer, performer, educator and activist—will extend his role in New Jersey Symphony’s artistic leadership team as Resident Artistic Catalyst. This role has been at the forefront of the Symphony’s efforts to transform all aspects of the organization by meaningfully increasing diversity, equity and inclusion.

Roumain will compose a new work commissioned by the New Jersey Symphony that will be performed on the last concert series of the 2023–24 season. Roumain will also have a new work commissioned by New Jersey Symphony premiered this June to end the 2022—23 season concert featuring Music Director Xian Zhang and violinist Joshua Bell, with Bell performing Bruch’s Violin Concerto and Zhang leading the symphony in Stravinsky’s The Rite of Spring. Additionally, Roumain will also perform with New Jersey Symphony musicians, advise on mainstage and chamber concert programming, engage with the Symphony’s education and community programs and participate in in-person and digital institutional activities throughout his tenure, which now extends through August 2024.

The New Jersey Symphony commissioned two works by Daniel Bernard Roumain prior to his appointment as Resident Artistic Catalyst. In 2011 the Symphony co-commissioned Roumain’s Dancers, Dreamers and Presidents, giving the East Coast premiere of the work and hosting the composer for visits with students in the Symphony’s education programs. The Symphony opened its 2020–21 virtual concert season with the world premiere of i am a white person who _____ Black people, a New Jersey Symphony commission Roumain penned in 2020 in response to the “series of overlapping crises in our lives: a pandemic; a global fight for social justice; the effects and awareness of climate change; an array or economic collapses; and the tyranny of an electoral process under siege by a president and his party.” In the Symphony’s soon-to-be-announced 2023–24 season the piece will be performed for the first time for a live audience. 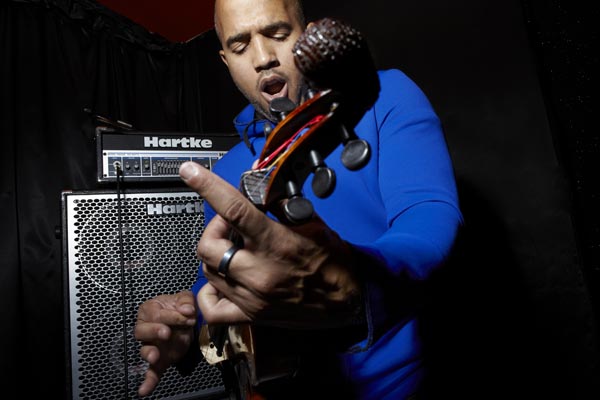 In his continued role as Resident Artistic Catalyst, Roumain will curate performances by the New Jersey Symphony Chamber Players as part of the summer concert series in 2023 and 2024. Over the past two seasons Roumain has planned the programming for several Concerts in the Garden at The Newark Museum of Art.

The New Jersey Symphony is committed to institutional change to better reflect the diversity of the communities it serves. Roumain is a member of the Orchestra’s Diversity, Equity and Inclusion Committee to advise the Symphony on ongoing and progressive activities to achieve that mission.

Roumain says: “I am excited to continue my work with the New Jersey Symphony! Our focus will remain on broadening the opportunities and landscape for composers, performers and our audiences. We will continue to commission and perform works by composers from underrepresented backgrounds; return to the classroom with a series of educational programs; deepen and expand our summertime chamber music series; and I will collaborate with world class guest artists, the musicians of the orchestra, and our Music Director Xian Zhang. This year and next season will see a remarkable musical journey that will allow our imaginations to discover new ways to make music, meaning and magic together!”

Zhang says: “I’ve had the pleasure of working with DBR for the past two years on the New Jersey Symphony’s artistic leadership team. In these first two years, he’s brought an exciting, fresh perspective to our programming. Our patrons loved DBR’s fun and participatory encore during the Orchestra’s Centennial Gala Concert, which was just one of many engaging moments DBR has created for our audiences during his time here. I look forward to another season of collaboration on artistic initiatives and furthering the New Jersey Symphony’s commitment to diversity, equity and inclusion in programming.”

New Jersey Symphony President & CEO, Gabriel van Aalst says: “Working with DBR has been immensely rewarding for everyone at the Symphony whether it is on stage as a performer, or his inspired work as a composer and thought leader. The opportunity to continue with this collaboration is invigorating, as our audiences and the communities of New Jersey have embraced DBR and all that he’s done with us. I can’t wait to see what DBR and Xian come up with next.” 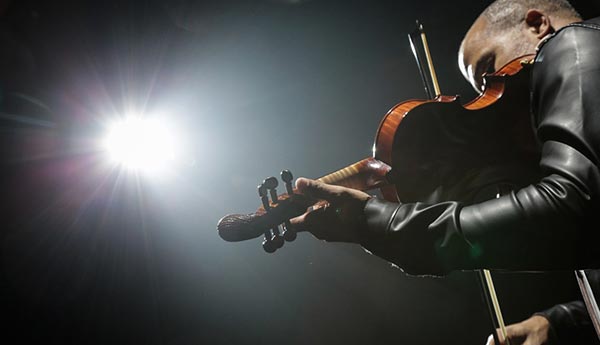 Daniel Bernard Roumain’s acclaimed work as a composer, performer, educator and activist spans more than two decades, and he has been commissioned by venerable artists and institutions worldwide. “About as omnivorous as a contemporary artist gets” (New York Times), DBR is perhaps the only composer whose collaborations span Philip Glass, Bill T. Jones, Savion Glover and Lady Gaga.

Known for his signature violin sounds infused with myriad electronic, urban and African American music influences, DBR takes his genre-bending music beyond the proscenium. He is a composer of chamber, orchestral and operatic works; has won an Emmy for Outstanding Musical Composition for his collaborations with ESPN; has been featured as keynote performer at technology conferences; and created large-scale, site-specific musical events for public spaces. DBR earned his doctorate in Music Composition from the University of Michigan and is currently Institute Professor and Professor of Practice at Arizona State University.

An avid arts industry leader, DBR serves on the board of directors of the League of American Orchestras, Association of Performing Arts Presenters and Creative Capital and the advisory committee of the Sphinx Organization, and he was co-chair of 2015 and 2016 APAP Conferences.

DBR most recently scored the film Ailey (d. Jamila Wignot), which premiered at Sundance Film Festival in 2021. He also created the musical score for The Just and The Blind, a collaboration with spoken word artist and writer Marc Bamuthi Joseph, commissioned by Carnegie Hall; and a new work for Washington State University’s Symphonic Band, Falling Black Into The Sky, based on the work of the artist James Turrell and his “light work” at Roden Crater.

The Emmy and Grammy Award-winning New Jersey Symphony, celebrating its Centennial Season in 2022–23, is redefining what it means to be a nationally leading, relevant orchestra in the 21st century. We are renewing our deeply rooted commitment to diversity, equity and inclusion by championing new, and often local, artists; engaging audiences for whom the inspiring depth and breadth of classical music will be new; and incorporating the broadest possible representation in all aspects of our organization—all to better reflect and serve our vibrant communities. Since 2021, Music Director Xian Zhang has worked together with composer, violinist, educator and social-justice advocate Daniel Bernard Roumain, the orchestra’s resident artistic catalyst, to offer programming that connects with diverse communities in Newark and throughout New Jersey.