(PRINCETON, NJ) -- The Dryden Ensemble presents “Anna Magdalena Bach: Her Story” on Sunday, February 5 at 3:00pm at the Princeton Theological Seminary Chapel, 64 Mercer Street, Princeton, NJ. The concert is a special event based on the life of Anna Magdalena Bach, Bach’s second wife. Admission is free and open to the public.

The concert features a sequence of poems written by Jane McKinley interspersed with chamber music by J. S. Bach and others, performed by Lisa Terry, cello and viola da gamba, and Webb Wiggins, harpsichord. Anna Magdalena was a well-paid, professional singer at the court of Prince Leopold in Cöthen where Bach was serving as Kapellmeister when his first wife Maria Barbara died in July 1720, leaving him as a widower with four young children. When he married Anna Magdalena in December 1721, she was only 20. She bore him thirteen children, only six of whom survived past the age of five. Very little is actually known about daily life in the Bach household; the poems rely on surviving letters and documents as points of departure. Subjects include Anna Magdalena’s famous Notebook, written requests by Bach’s cousin for carnation plants and a caged bird, and some “extra fine” chamber music performed in the Bach home when his son Wilhelm Friedemann visited from Dresden in 1739. 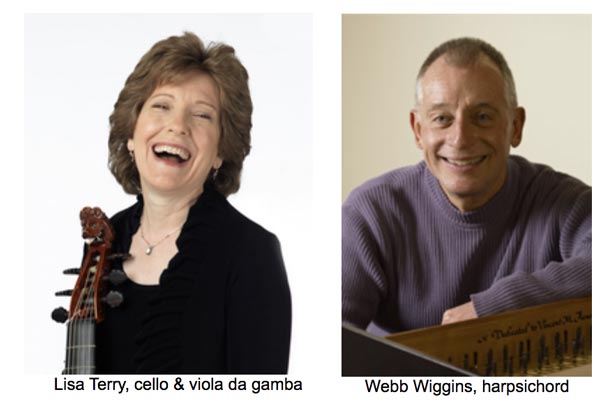 The musical program features movements from Bach’s Suites for Unaccompanied Violoncello, as well as pieces from Anna Magdalena’s Notebooks, including Bach’s French Suites for harpsichord, which he copied out for Anna Magdalena in 1722, in the months after they married.

The Dryden Ensemble’s series continues on March 25 and 26 with a concert entitled “Pergolesi & Bach,” a memorial to those who died during the pandemic. The program features soprano Teresa Wakim and mezzo-soprano Kristen Dubenion-Smith in arias by J. S. Bach and Pergolesi's Stabat Mater, a work written in the final weeks of the composer’s short life. Also on the program is Schmelzer’s Lament on the Death of Ferdinand III, both of whom died of the plague in the 17th century.

On Sunday, April 16, 2023, the ensemble concludes its season with a special theatrical entertainment. The details will be announced soon.

Tickets for the March and April concerts are available online at drydenensemble.org.

Named in honor of John Dryden, the English poet laureate whose words inspired Baroque composers including Purcell and Handel, the Dryden Ensemble specializes in performing music of the 17th and 18th centuries on period instruments.  A line from Dryden's Song to St. Cecilia captures the essence of baroque music and the ensemble's philosophy:  "What Passion cannot Musick raise and quell!"

The Dryden Ensemble is a not-for-profit organization under section 501(c)(3) of the Internal Revenue Code and a registered charity in New Jersey and Pennsylvania.