“The hours and the money,” jokes Pennington, NJ resident and funny lady Anita Wise as she explained why she got into comedy; “It’s fun, it’s very fun, it’s really fun. Nobody who knew me growing up expected this to happen.”

Growing up in Philadelphia, PA there wasn’t always much to laugh about; the ’64 Phillies’ collapse was still very much in everyone’s mind and the 70’s teams weren’t much better with several playoff losses; the Flyers had a couple of Stanley Cups but the Eagles and Sixers were horrific. There was Legionnaire’s Disease and more to squelch any fun but as a young lady none of that came into play. Wise wasn’t necessarily looking to comedy as a career choice but she did have a desire to entertain which came from her family history but it wasn’t until she began a stint as a bartender at at popular music spot called John & Peter’s in New Hope, PA that something kind of clicked.

“The one side of my family are all performers,” she began in the soft sweet tone that has come to personify her stage presence. “My mother was French and she was a dancer for the Paris Opera and so was my aunt. My uncle was an actor for the Comedie Francaise and both of my cousins became actors as well. So, that whole side of the family were performers and that was something that I was envious of and familiar with; so, I kept trying to find some way that I could be one. I tried skating and wasn’t good at it, tried ballet and I wasn’t good at it, I tried acting in high school and that was a bit of a disaster. So, I kind of tabled it until I became a bartender and when I was a bartender I kind of realized that it was sort of like performing and I liked it. I didn’t really do anything with it until I went to New York and started hanging out with comics and that’s when I got the idea that maybe this was something that I could do. I enjoy it a lot, I really do and as I said, it’s kind of a surprise to everyone I knew growing up and it’s sort of surprising to me; it really feels good and I enjoy it so much. I’ve performed in Paris, Mexico, Hawaii, Alaska, Vegas; a lot of places. I have a few states I’ve not checked off yet but I’ve gotten to travel a lot and I really loved it, it was fun”

As is the case with so many others in the business, “Hanging out with comics” can lead to more opportunities and for Wise, these came in the form of opening for larger name comedians, performances at all of the hotspot comedy clubs across the U.S. such as The Improv and Dangerfield’s, eventual headlining opportunities, TV appearances, commercials and even a couple of “Seinfeld” episodes playing the role of a waitress in their favorite diner.

Now, of course this didn’t come easy. Anita resided in New York City and Los Angeles with a few other stops along the way and after a few life decisions, a marriage and eventually going into business with her husband selling high-end lighting; she walked away from performing with the exception of a few one-off appearances now and again.

Sadly, her husband (A musician by the name of TJ Tindall) passed away six years ago leaving her in kind of an, “OK, now what to do?” mode but it was this, coupled with the friends she made in the comedy world that sort of led her back to performing but was she able to jump right back in or was it more of a dipping her toes in to test the waters?

“It was a slow build, I needed to build back new material but it was actually pretty easy,” she said with hesitation. “A lot of the people I worked with I had worked with in the past so it was pretty comfortable the second time. Then I’d go to open mic nights and meet people that way and a lot of them booked shows; I met (Hamilton, NJ born and raised comic) Joe Bub that way, not sure if it was an open mic but he and I did a show together and one thing leads to another. I rarely actually seek work, it kind of just comes. People will ask me; are you open this date? Let’s do this? So, it has been good. Hopefully the COVID thing is starting to get in our rearview but it is sort of like electric power in a third world country; sometimes it’s on and sometimes it is off. Comedy has been tough, you get some momentum and then another surge comes and then all of a sudden shows are cancelled left and right and you’re back again and you think, I don’t know what is going on but now it seems to be picking up again.”

Wise, who describes herself as an “Observation comic based on her life experience” has an easygoing personality and is quite at home one on one or in front of a room full of people. Her soft speaking voice is also indictive of her humble nature and when asked if there were any stand-out moments over the years in her travails and/or triumphs her responses had a twinge of youthful exuberance.

“When I did the gig at The Venetian I was very delighted to see my name on a placard being held by a limo driver,” she said with a chuckle. “There was another time it was a New Year’s Day and I had a gig at The MGM Grand and I woke up in the middle of the night after I had flown and I was sick, very sick with some kind of bad migraine. So, I called the booker and said that I didn’t know if I was going to be OK for the show that night and I just wanted to warn her that I didn’t feel good at all; I couldn’t stop throwing up. So, she sent someone up to take me to the infirmary; we go downstairs, I’m sick as a dog and outside there is a white stretch limo with MGM Grand Infirmary on it. I get into the limo and drive basically around the block because the clinic was on the side, I go in and they gave me a shot of I don’t know what; some Vegas magic shot and they put me in a dark room for about 20 minutes and I was good as good could be. I was hungry, I felt great and I was like; this is amazing! Then I went back out and got in the limo which had no bar or liquor and only a little green plastic container in case you got sick; that was their ambulance which was pretty special but kind of weird. What was fun about working the casinos was, there is a whole city underneath for the employees. You go underneath and there is a 24-hour cafeteria for food and there are all these people in all of these different costumes; the showgirls, the dealers, porters; everybody has different outfits on. There is a bank, a store there with all of this stuff in what is like this whole other underworld beneath the casino and it is really fun.” 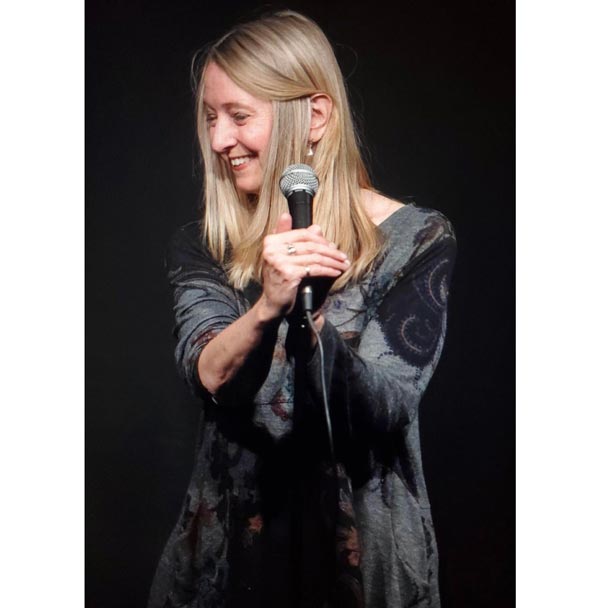 Wise has multiple dates booked beginning on Friday January 28, she also has a busy month of February with appearances at The Comedy Cabaret in Doylestown, PA on February 11 and 12; the February 12 appearance is a 9 p.m. show and is part of a television taping to be aired at a later date. Wise also pairs up with Julia Scotti on February 5 in Westchester, PA and then again on February 18 at The Bucks County Playhouse in New Hope, PA before she returns to New Jersey with shows in South Brunswick, Tinton Falls and Oakland. So, with a schedule such as that; what else can we expect?

“I love performing and hanging out with comics; I love my comedy friends, they are like a family. I’ve been performing a lot lately with Julia Scotti and we get along great, we are a good combination and we have a lot of fun together. I work with Paul Lyons, Buddy Fitzpatrick; are you familiar with him? He did a Dry Bar special and is a very funny guy, I work with a lot of people. I’ve worked with Joy Behar, Gilbert Godfried, Seinfeld; I shared bill, a “First Night” celebration with Ray Romano that was in a duplex movie theater. So, there were two theaters and the shows were at the same time and the people would come in and the ushers would say, “Anita Wise or Ray Romano?” Some people would go, Anita Wise and others would say Ray Romano and Ray and I looked at each other and said, let’s get out of here! That was nerve-wracking (laughs)!  So, they let us go in a little office while the audience filled in. What I hope to do this year though; well, I’m doing the one television spot for the Comedy Cabaret, I’m hoping to get a Dry Bar which I’m auditioning for and I really want to go visit places where I know people. That’s what is fun about comedy; being able to book a show someplace where I can go see people that I know or to someplace I’ve never visited;  I’m hoping to get out of my little tri-state area (laughs).”

To discover more about Anita Wise, please visit https://www.facebook.com/anita.wise.16 or she can be found on Instagram @Anita_wise_tindall.

Anita is also is giving a two-hour in depth interview on Sunday January 30 from 7 p.m. to 9 p.m. on “Danny Coleman’s Rock On Radio” which can be found at www.coaradio.com and by clicking the “Listen Live” tab.