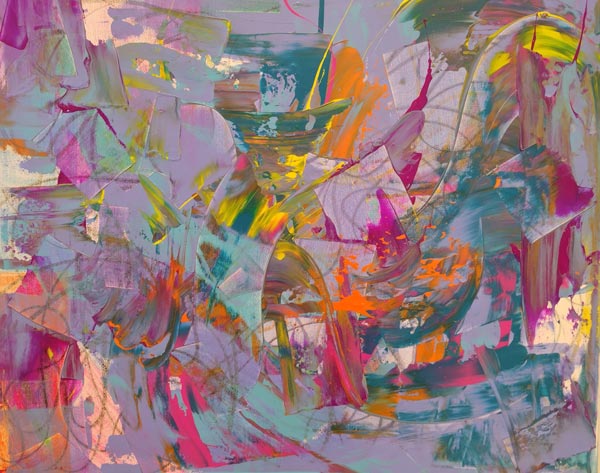 Stringer, a self-taught artist and curator, has exhibited her work nationally since becoming a featured artist in the Bombay Sapphire Artisan Series Competition/Finals in Miami in 2017. Based in Detroit, she is known for her technique of pulling and scraping paint with materials that range from palette knives, credit cards, hotel room keys, other and other tools.  She also uses  pumice and other mediums to create texture.

“Each tool is going to scrape in a completely different way,’’ says Stringer. “There is a lot of depth, texture and very fluid movement in my work.’’ 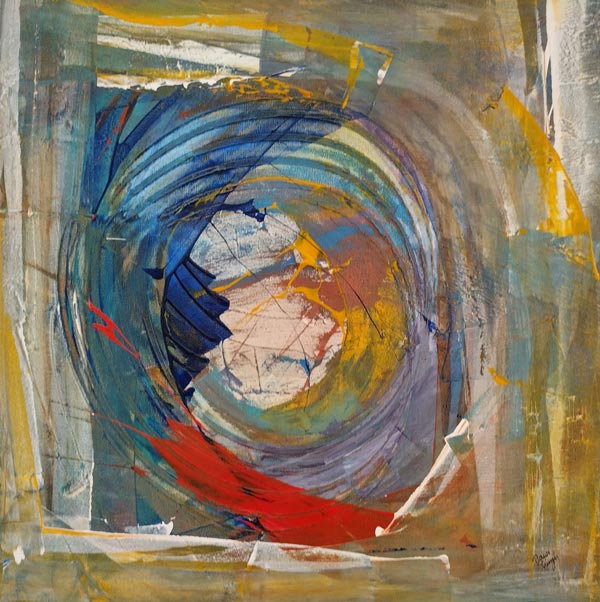 “I find that a lot of people are intimidated by viewing it,’’ she observes. “They’re looking with an intent to find something. I want to create an emotional connection. Rather than me dictating the narrative, the viewer can create their own and it means more to them because they created it…There is a lot of freedom in abstract work.’’

Although her paintings are not figurative, Stringer says viewers often see reoccurring symbols and motifs, such as doors and faces. Several pieces are inspired by the musician Prince and are named after his song titles, such as The Ballad of Dorothy Parker.

The artist calls String Theory her most revealing exhibition, created during a period when she had lost several family members and friends. In many ways, it is an expression of that loss and transition, which also compelled her to revisit the experience of being a teen mom and to examine her own introverted personality.  “I had a hard time creating during the pandemic. I suffered from what I call survivor’s remorse and felt like people weren’t concerned much with art. I discovered that they were, and began painting again in the latter part of 2021.

“I don’t usually share my story,’’ she adds. “This is the most transparent show I’ve ever done.’’ 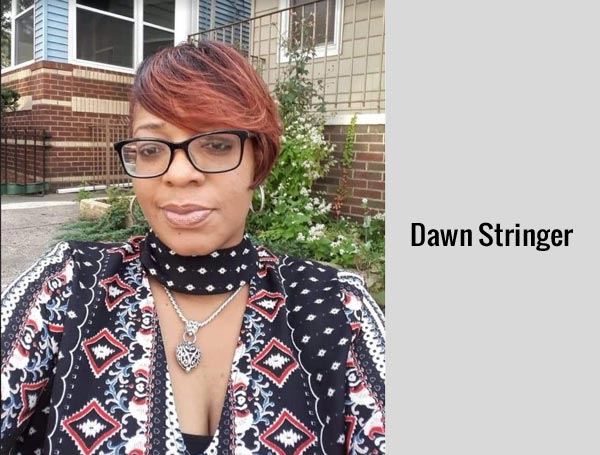 Stringer began painting in 2006 with little experience as an artist. For many years, she worked as a Juvenile Corrections Officer and created her first piece during a period of boredom after experimenting with art supplies gifted to her mom by her friend.  Since that time, she has been dedicated to developing her style and technique and has exhibited at Art Expo in New York, Steidel Fine Art gallery in Miami, and Rush Arts in Philadelphia, The Detroit Historical Museum, among many others.

She hopes that by sharing her work, she is providing a way to both escape from, and process, the global and national traumas of the past few years. “I try to create from a place of peace but after the last couple years or so, I think we all need to stop and appreciate the beautiful things we still have left. I describe my work as beautifully organized chaos. We’re just trying to remain sane in an insane world.’’

The gallery will hold an opening reception for String Theory on Friday, July 30th at 5:00pm.   Akwaaba Gallery will also host an artist’s talk with Stringer on August 27. 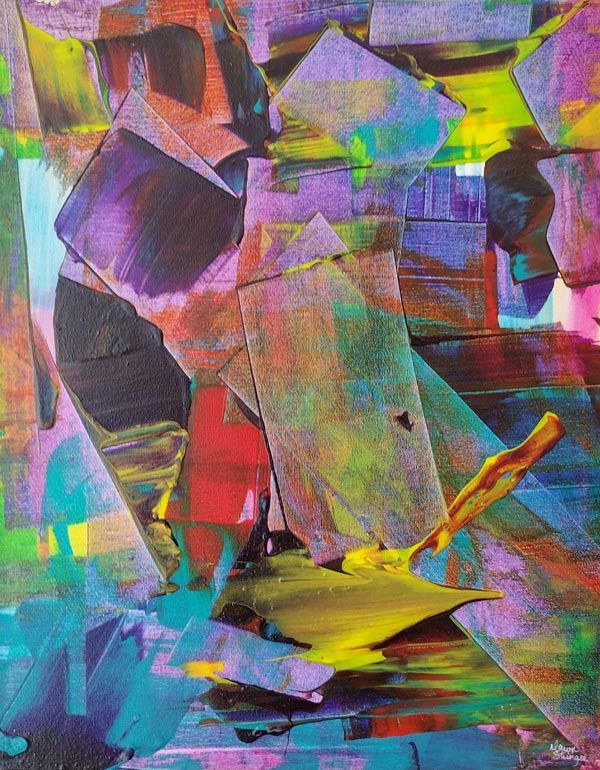 Akwaaba Gallery, located at 509 South Orange Avenue in Newark, opened on February 15, 2019. Akwaaba Gallery is a hidden Newark gem located in the historic Fairmont neighborhood. The gallery features diverse and eclectic contemporary works of art in various mediums. Akwaaba's mission is to engage the community and public with exhibitions featuring emerging local, regional, national and international artists. Akwaaba Gallery is quickly becoming the art hub of the West Ward and a welcoming venue to the community and surrounding towns.