Here's a look at the top 15 most read articles published at New Jersey Stage from November 20-26, 2022. Each week we publish about 70 articles, including several original columns and features, along with news releases for events happening throughout the state and nearby areas like Philadelphia and New York City. This week's top 15 includes articles from 7 counties in New Jersey (Atlantic, Bergen, Essex, Hudson, Ocean, Somerset, and Union).

2) A Philly Special Christmas releases "Christmas (Baby Please Come Home)" - (PHILADELPHIA, PA) -- A Philly Special Christmas has released “Christmas (Baby Please Come Home)” featuring performances from NFL Eagles’ Jason Kelce, Jordan Mailata and Lane Johnson produced by Charlie Hall (The War on Drugs) and executive producer Connor Barwin is out now.  This is the first in a series of holiday classic singles to be released every Friday between now and the album’s official release on December 23rd via Vera Y Records. Recorded at Rittenhouse Soundworks, Silent Partners, and Elm St studio, proceeds from the LP will be donated to the Children’s Treatment Crisis Center in Philadelphia.

4) Rock On! This Week's Sound Bites...11/24/22 - “I have to tell you," began founding member of The Hollywood Allstars, keyboardist Steve Gaspar. "Years ago, it was a passion project of mine and when I say years, I mean probably about four or five years ago. I've been in the music business my whole life and I had this idea that I wanted to put together a quote unquote; super group. A dream team of people that I respect and people who I enjoy the way they play and that I enjoy hanging out with and I never would have imagined five years later that I'd be on the phone with you telling you about it. I have the horn section that did The Rolling Stones Steel Wheels tour, the bass player from the Johnny and Edgar Winter groups, the lead singer from Tower of Power, a guitar player that has worked with Blood, Sweat & Tears and Talking Heads; I mean, it really is literally like a dream come true. I mean, not to sound like a corny cliche but I'm really, really fortunate to be able to say I'm surrounded with these people let alone have gotten them all to be in a band and to get a record deal, which in itself is cuckoo these days; you know?”

6) New indy film argues Alabama woman was wrongly convicted of murder- (ELIZABETH, NJ) -- An independent African-American filmmaker with a relentless pursuit of the truth and justice has produced a stunning documentary that makes a powerful case: arguing that an Alabama white woman has been unjustly imprisoned for 30 years.

8) bergenPAC Reopens with Sold-out Shows as Performing Arts School Shines Onstage - (ENGLEWOOD, NJ) -- Bergen Performing Arts Center (bergenPAC) has welcomed thousands of patrons back to its newly renovated theater after reopening last month. Construction on the historic facility began in March, and the new season kicked off on October 12 with a packed auditorium for The Price is Right Live! tour. This month featured a string of sold-out shows when legendary crooners Johnny Mathis and Paul Anka returned to enchant patrons, followed by salsa icon Victor Manuelle, and rockers Air Supply and YES.

15) Monmouth County finalizes Belford Ferry service contract; Seastreak to begin providing services on Dec. 5 - (FREEHOLD, NJ) -- The Monmouth County Board of County Commissioners has announced that a contract has been finalized with Seastreak to begin offering ferry services between the Belford Ferry Terminal and Manhattan starting December 5, 2022. 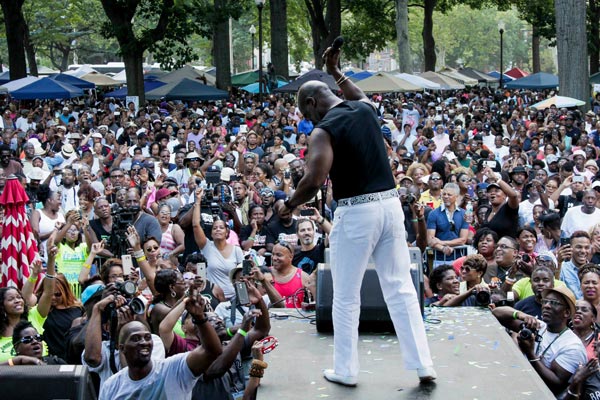