Spotlight on Ghosts of Sunset 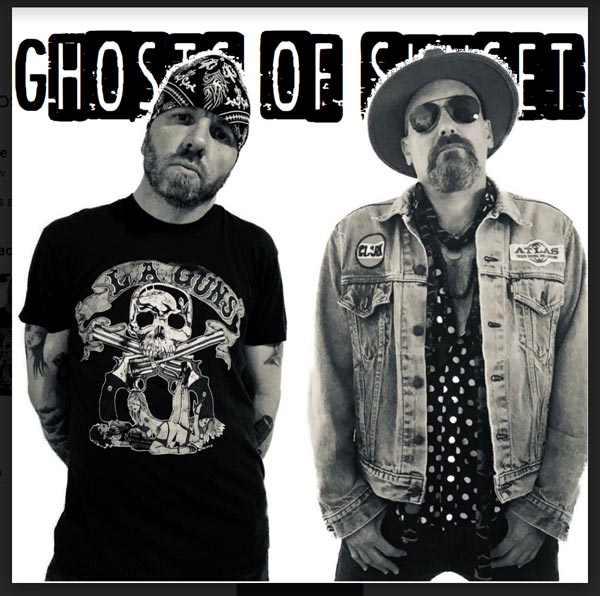 Ghosts of Sunset is a melodic hard rock band based between Michigan and Florida. The band is made up of Todd Long and John Merchant and was created during the heart of the global pandemic. The Penguin Rocks presents this interview with John Merchant of Ghosts of Sunset.

How long has the band been around? My partner Todd Long and I have been friends since high school, and have written, recorded, released, and toured together for around 30 years across genres ranging from classic rock, Americana, rockabilly, country and rock n roll.

Is there a story behind the band name? Our name is an homage to the 1980s "hair metal" movement we grew up on and are strongly influenced by, but also tips its hat to artists from other eras on the Sunset Strip from Sammy Davis Jr and Dean Martin to the Doors, the Byrds, and others.

The band is you and Todd, what instruments do you each play? Todd is specifically in charge of drums and bass, but plays keyboards and guitar as well as singing harmony vocals. I play a lot of guitar and sing lead vocals on the material. We write the music 50/50, I come up with lyrics and we create melodies together as well. We offer the "solo" spots to various established guitarists and musician drawn largely from the bands we grew up on and loved.

Tell me about your latest record. What songs are you most proud of on the record? Our latest album "No Saints in the City" on Golden Robot Records, loosely tells various stories based around the geographic location of New York City, but truly could be urban area in the world. Most of the songs follow characters navigating their hopes and dreams while facing the challenge of simple survival in what Axl called "the jungle". I can't choose one song over another because I really think they all have something to offer. I think stylistically they're varied enough so nearly everyone can find something to grab onto.

How many records, eps, or singles has the band put out in total? How has the band changed over time? Ghosts of Sunset released a full concept EP "Headed West" and followed up with the full-length "No Saints in the City". I think as we progress, we gain more confidence and are able to create richer material for our listeners to explore.

What was one of your favourite gigs?  Todd and I have played music together for 30+ years so there are a bunch of them. Playing with the Goo Goo Dolls with our former band Dutch Henry was a lot fun and seeing people in the front row singing along to our material was really special.

What would be the "next step" that you'd like to see the band take? My personal goal has always been finding film/TV/commercial placement for some of the songs and writing for other artists. I think as a team, Todd and I could write songs that would be the "finishing polish" a young band needs to move themselves to a higher level.

Finally, does the band do any cover songs?  Over the years, I swear we've covered just about every rock song ever made. I've never covered a Butch Walker tune. I bet that'd be fun.