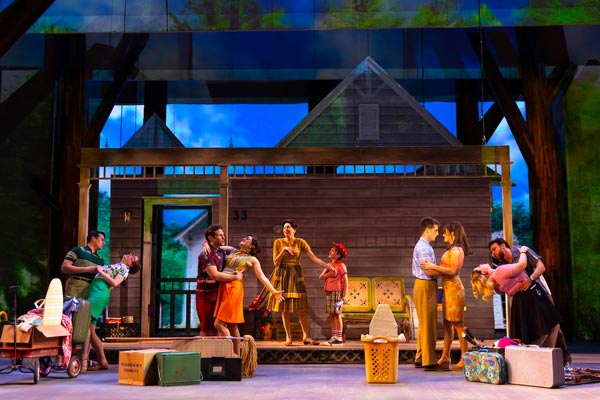 This is a new musical that writer Pamela Gray adapted from her screenplay for the 1999 movie of the same name. The show was mounted in 2018 in San Francisco and has been revised during the pandemic-driven two-year delay in the George Street production.

With a vibrant cast of 14, a band in the pit, and a dazzling array of lighting and video effects, the show plumbs all the potential of the Elizabeth Ross Johnson Theater in the New Brunswick Performing Arts Center. 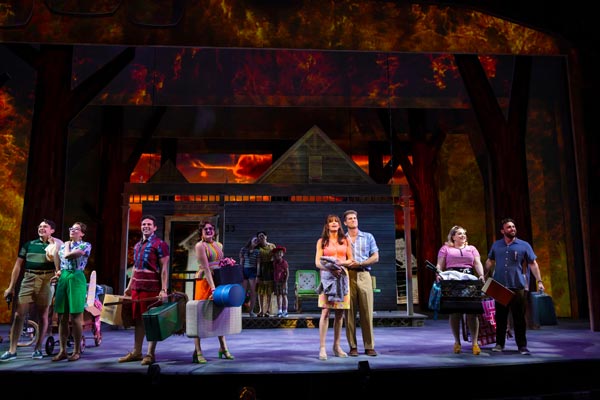 The story concerns four Jewish couples from Brooklyn who have embarked on a summer sojourn to a Catskills bungalow camp. The wives and children stay all week, and the working husbands commute on weekends. They do this every year, both because the camp is more welcoming of Jews than are some other vacation spots in 1969 and because they find stability and reassurance in the routine. Well, most of them do.

The focal point of the story is Pearl Kantrowitz, who is in camp with her husband, Marty, a TV repairman, and their children, Alison and Danny. Pearl arrives at the camp fully prepared for a summer like all others—mah-jongg with the ladies on weekdays and sex with the hubbies on weekends. But her contentment is rattled as she becomes more and more aware of events going on around her, events she is not a part of—the moon landing, the Woodstock rock concert, civil rights and anti-war protests. Her peace of mind, if that’s what it is, is also disturbed by the rebellious behavior of 15-year-old Alison, who is outraged by the war in Vietnam, is eager to join protests for peace and for civil rights reform, and is miffed by her mothers’ apparent disinterest in these issues. 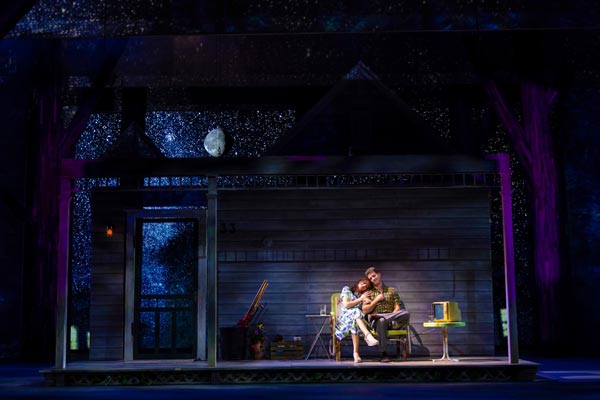 Oh, and one more thing—Pearl’s acceptance of her lot is upended by the arrival in camp of an attractive blouse salesman who flatters her and introduces her to Jack Kerouac.

This is a story of frustrated dreams, of the numbing conventions with which women have lived for generations, and of reawakening and reconciliation.

Pamela Gray’s book is accompanied by a rousing score by Paul Scott Goodman and AnnMarie Milazzo, with Gray also contributing lyrics. The songs— ensembles, duets, and solos—are musically evocative of the late ’60s and, for the most part, advance rather than interrupt the dialogue. 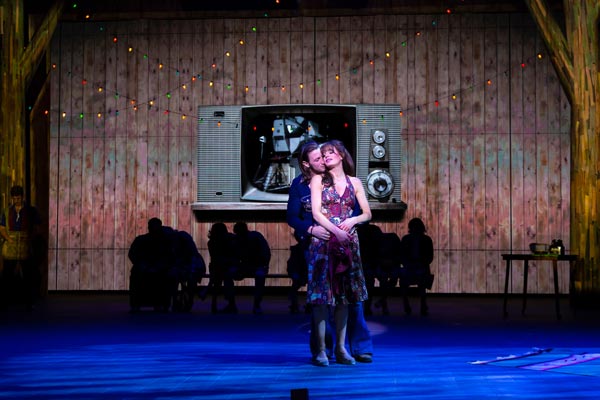 This cast, without exception, is particularly well equipped to deliver on the promise of the material they’ve been given. Directed by Sheryl Kaller, the players skillfully blend comedy and drama in a program that is engaging without let-up. To single out only two is not to slight the energy, spirit, and talent of this whole ensemble.

For Jackie Burns, who plays Pearl, this is a tour-de-force. This singing actress who holds the Broadway record for performances as Elphaba in Wicked, is irresistible as a woman starting to wonder aloud if the role of devoted wife and mom is enough for her. The score gives her plenty of opportunities to show off her dramatic depth and her vocal range, and she makes the most of them.

Carly Gendell, who appeared on Broadway in the original cast of School of Rock: The Musical, succeeds utterly in the role of teenaged Alison. The young performer keeps pace with the largely adult cast both in the convincing quality of her acting and in her thrilling delivery of some demanding music. 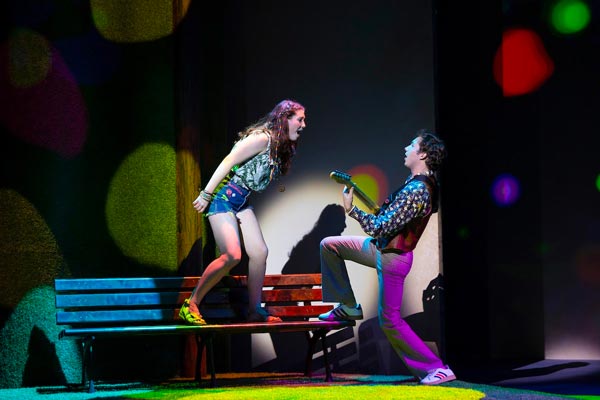 This story unfolds on a set representing Dr. Fogler’s Bungalow Colony, the anchors being the front porch and interior of the Kantrowitz bungalow. But those staid images frequently dissolve into projections of swirling colors, mah-jongg tiles, a glowing moon and starlit sky, lush greenery, and clips of TV coverage of the moon landing, Woodstock, and civil-rights and anti-war protests.

But for all the special effects, this show touches the audience by inviting them to think about the treatment of women in society, even today; about the life choices made by these characters, and perhaps about their own.

A Walk on the Moon runs through May 21. Click here for ticket information 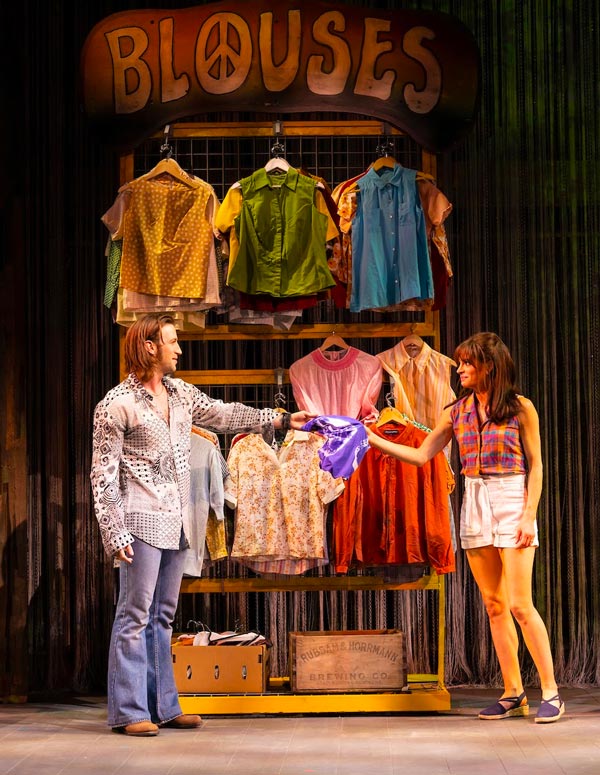