Who In The World Is Artemisia Gentileschi? 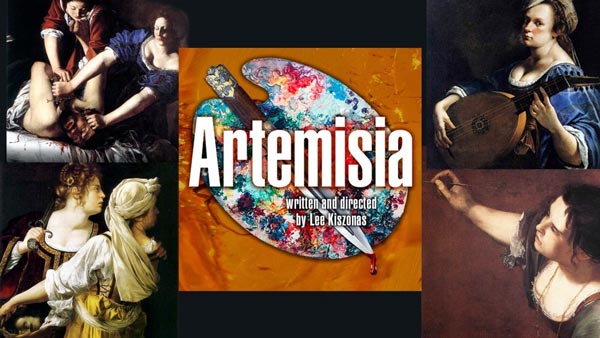 You know of Michelangelo, Da Vinci, Van Gough and Picasso. And, if you’ve ever been to elementary school, you’ve probably been taught about Georgia O’Keeffe.

But what about Artemisia Gentileschi?

Playwright Lee Kiszonas is aware that most people probably don’t know much, if at all, about the 17th century Italian baroque painter, despite her groundbreaking work — and tragic life story.

That’s why Kiszonas wrote “Artemisia,” a curious new play about Gentileschi currently making its world premiere at the South Camden Theatre Company. It will run through May 20 as part of the theatre’s 13th season, which focuses on female playwrights.

“Artemisia Gentileschi was one of the people who shaped history for women in art,” Kiszonas says. “And many people in the arts don’t even realize how important she was. … I wanted more people to know about her.”

For Kiszonas, this is part of a larger vision.

“I write about women who should be known in history but who aren’t,” the Philadelphia native says, noting that one of her previous plays was about Grace O’Malley, an Irish pirate queen in the 1500s. 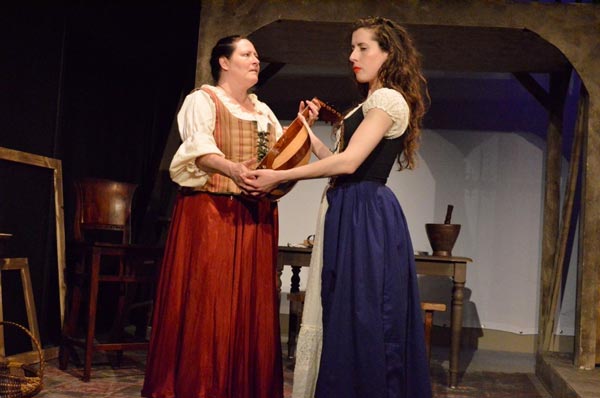 Just don’t expect a biography about Gentileschi when you walk into the theatre. The play mixes fact with fiction — in an unusual way.

For example, Kiszonas explains, there’s often a mysterious woman in Gentileschi’s paintings that “no one in history” has been able to identify.

“So I made up who this person could have been,” the playwright says. “If Artemisia actually had another strong woman in her world, would things have turned out differently instead of being isolated in a man’s world? I gave her a retroactive friend and created a character that would have been cool if she met up with and wrote a play about what happened.”

Thus, the goal is less about creating a living Wikipedia entry and more geared toward opening people’s eyes.

“What I hope it does is inspire people to look her up and see her real story and her real struggle and to separate fact from fiction, and in so doing learn about someone who is just a fantastic person that I think everyone will enjoy,” Kiszonas says. “Because she’s just magnificent.”

Raymond Croce, the theatre’s artistic director, calls the play a “fictional characterization of a real person.”

“I’ve read a lot of original pieces in the last two years as the artistic director,” he says. “But when I read Lee’s piece, there was just something about it. It had wonderful stylistic writing.”

“The way Lee has crafted this story, even if it’s fictionalized, it brings a lot of feeling to it,” Croce adds. 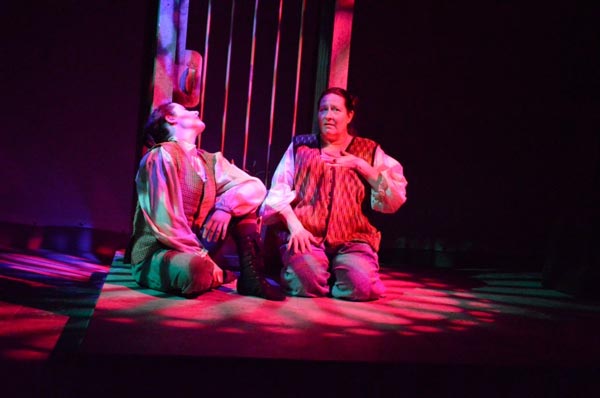 So who was Gentileschi? She was born in the late 1500s the daughter of Italian painter Orazio Gentileschi and later became his apprentice.

Famously, her father hired painter Agostino Tassi to teach her further. But she was raped by Tassi in 1612 and became the first woman to bring rape charges against a man. Tassi was found guilty and spent eight months in prison.

That made Gentileschi the subject of gossip, which hurt her reputation. But in 1616, she became the first woman accepted into the Florentine Academy of Fine Arts and found success at a time when that was difficult for female painters.

Gentileschi is renowned for experimenting with colors and created her own, known as “Gentileschi amber.” And her work focused on female heroines from the Bibles, myths and allegories.

Though her work fell into obscurity after her death, she became more recognized in recent decades.

Kiszonas discovered Gentileschi years ago, when one of her friends was writing a play and researching a character from that time period.

“She showed me these pictures, and I was like: ‘Oh my god, who is that?’” Kiszonas recalls.

She found the paintings visceral and violent. 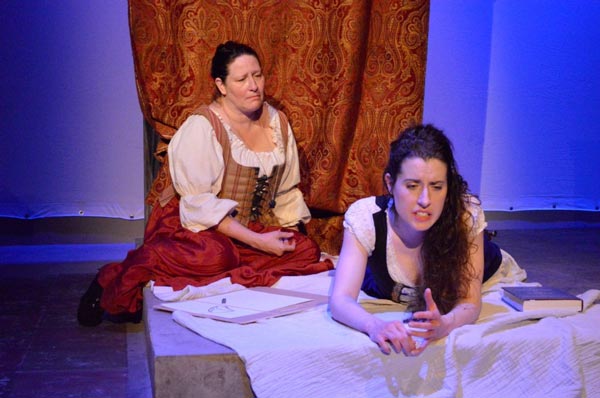 “And being painted by a woman in that time period was simply unheard of,” Kiszonas says.  “When I read about her history and found out about what she went through in order to be able to do her art, the kind of misogyny she dealt with, how she was raped, her trial for that. It’s amazing. It’s important.”

In fact, Kiszonas says she felt it’s a “perfect time” to tell Gentileschi’s story. She calls the painter “the originator of the Me Too campaign.”

“If you look at her paintings, it screams ‘Me Too,’” Kiszonas explains. “And the situations she was in is absolutely the same situation that’s going on now. It hasn’t changed. That’s why I like to write historical fiction: The stuff I’m writing about is as relevant today as it was then. And we think we’ve come so far.”

“The social media of the day was canvass,” the playwright adds. “And she used it to say ‘me too’ all over the place.”

The play, however, does not deal with Gentileschi’s rape — although Tassi is a character.

As for Kiszonas’ background? She grew up in Philadelphia and started writing as a child.

“I wrote and illustrated my own children’s stories to amuse myself,” she remembers. “I’ve been writing forever.”

She turned to playwrighting for a simple reason.

“Because I think in dialogue,” Kiszonas says. “When I visualize something happening, it’s always some sort of dialogue. And I’m an actress, so I was familiar with that medium. And the way I visualize and think of things is in discussion. I’m not good at description. I’m good at action. So my plays are filled with a lot of action.”

As for her next play? She’s thinking of writing a three-woman piece on Elizabeth Bathory.

“Do you know who she is?” Kiszonas asks during a phone interview.

No, says the reporter on the other line.

“This is good,” Kiszonas replies. “I love it. This is why I write these things.”

For those who don’t know, Elizabeth Bathory was a Hungarian noblewoman in the late 1500s and early 1600s.

Or, as Kiszonas puts it—

“Elizabeth Bathory was a was a trans Romanian countess who was rumored to be the first serial killer in that she was convicted of killing 500 virgins and bathing in and drinking their blood,” Kiszonas says.

“But my take is: She was innocent by reason of insanity,” Kiszonas says. “It wasn’t her. It was her abusive auntie.”

“It turns out she was bipolar,” the playwright continues. “And the interesting thing about that — the reason why that’s politically relevant today — is because she did drink the virgins’ blood because she thought it’d bring eternal youth. And looks were so important at that time — a woman could not get anywhere in politics or society without a certain look. Bathory was terrified of growing out of her looks and therefore losing all of her power. And that happens in all kinds of areas.”

“Artemisia” is on stage at South Camden Theatre Company’s Waterfront South Theatre, 400 Jasper St. in Camden, now through May 20. For tickets and more information, visit www.southcamdentheatre.org.