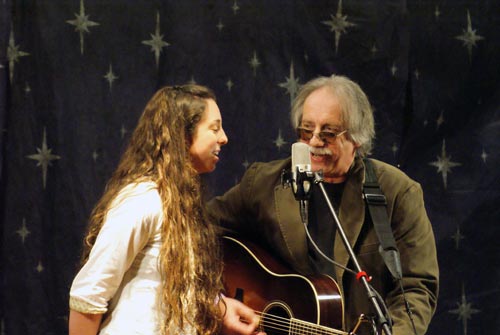 Many of the artists normally perform in front of small crowds with espresso machines running during their set, but tonight they were the stars of the stage. The crowd was reported to be twice as large as the initial award show held last year. Members of the media including Jim Testa of the Star-Ledger, Jeff Raspe from 90.5 "The Night", and Danny Coleman of "Rock On Radio Show" were among those in attendance. Helen Chantal Pike, editor of "Asbury Park Where Music Lives" signed copies of the recently published book, which was available for purchase at the show.

The night featured great performances from all of the artists. Among the highlights was George Wirth doing the title track off of "The Last Good Kiss" (voted Album of the Year), Matt Kay's "The Very Last Day" (voted "Song of the Year"), and Kacie Baker (voted Top Female Act) assisting George Wirth on a song.