An Interview With Tommy Strazza About His Best Of Album 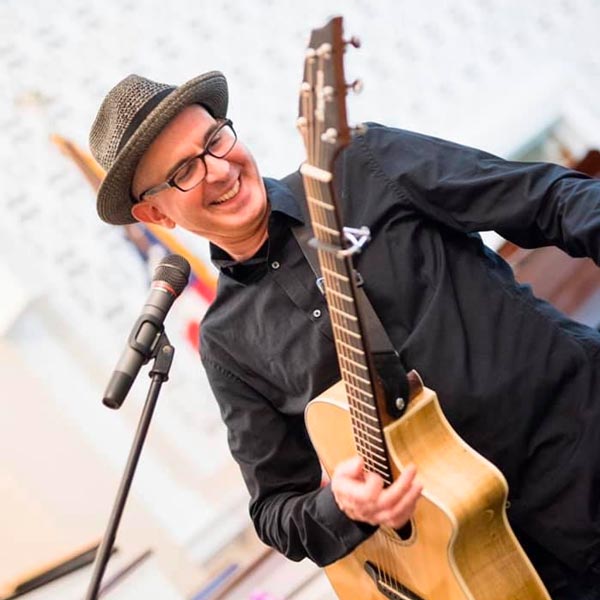 Tommy Strazza has been a big part of the New Jersey music scene for over 20 years as a singer-songwriter putting out great records and as a lead guitar for several bands (The Strazzacasters, Hey Bulldog, Misguided Muse, The DeLoreons) and solo artists (Anthony Walker, Anjelia, Emily Grove, and Michael Askin).  His guitar work earned him the Top Guitarist Award at the 2011 Asbury Music Awards and he's earned nominations with the records.  New Jersey Stage featured him in a 2014 magazine article.

On December 10, 2020, Strazza released Timetable: The Best Of Tommy Strazza - a 17 song collection of his works going back to the late 1990s.  I've often wondered why so few independent artists put out best of collections.  I've been told artists think "best of" collections sound strange for those without hit records, that they didn't think people would buy it, and mainly that they just never thought of creating one.  My view has always been that "best of" collections are great marketing tools.  Think of how many artists you may have started following because of a "best of" release. I know I've got plenty...  I thought Tommy might offer some tips for other artists, so I reached out to him about his album and the process behind it.

Indie artists rarely put together a best of release.  What inspired you to do it?
I'm not entirely sure. I think one day I was just thinking that I have put out 5 records since 2002, and those cds essentially live in my coat closet... I was going to upload all of them to the streaming services, but then thought "Who is going to want to listen to 5 albums by a local musician, in an age where most people don't listen to the album format anymore?"

I thought that there really is some great material on each record that I would still like to share... and then it hit me... Put out a "Best of!!!" obviously a "Greatest Hits" record wasn't appropriate, being that I have never had a hit song, so The Best Of Tommy Strazza seemed like it might work. I also liked how some artists would give it a title, whether it's Pearl Jam (Rearviewmirror),  Black Sabbath (We Sold Our Souls For Rock And Roll), Madonna (The Immaculate Collection), Bob Marley (Legend), Van Halen (Best Of Both Worlds), Stevie Wonder (Musiquarium) etc... So I came up with Timetable: The Best Of Tommy Strazza.

How did you choose the songs? Was there something in particular that drove the choices?

I thought that I would pick 3 from each record, and that would be easy... It wasn't. It was really hard to pick which of your babies are going to go back out into the world, and which ones will be staying home. It was a process, but I am very happy with the final tally of 17 songs. I don't listen to my own music very often, so it was really great to revisit some of these songs. That part felt really good.

I just picked some of my favorites, and some that I felt didn't get heard enough in the live shows over the years.

What do you hope comes across more for people - your songwriting or your guitar work?

Doesn't matter. It's all one to me. I play/teach guitar for a living, but when it comes to my own music, it has all morphed into one style for me. I honestly can not write music on guitar without thinking that it has to be focused towards a song, and work well with a vocal melody. That's not to say that I dont enjoy just playing guitar in a band, being in an improvisational situation, or being a solo singer/songwriter... I love all of it. With my own music, it really is all one thing. I honestly wish that I could just be one or the other. I can't.

The album starts off with a song copyrighted in 1998. Was this recently recorded with your band or from 1998?

Yes... It's the 3rd song that I ever wrote. I actually wrote it in 1995. It was on my first album from 1999, that has been locked away in an undisclosed location, and will never, ever see the light of day. The musicians were amazing, but I was still learning how to drive as a singer/songwriter/guitarist, and can't bear to hear myself on that record. So, I have actually put out 6 albums... But the first one can not be heard. Ever.

Did you choose to start off with this one because it was one of the first songs you wrote that you wanted to keep?

What was the thought process behind making this the lead off track?  And what was the first song you wrote that you thought had lasting worth?

I guess because it's as far back as I can go as a songwriter, it still sounds very young and new to me, and I think it just sounded good starting the whole thing off. At first I thought the obvious first song would be "Detour." This just seemed to work better, and it was the beginning of the songwriting journey for me so it seemed appropriate. I think "Little Man" has that kind of lasting worth. It's now 25 years old. I still love it.

Some of the songs are listed as 2020 remasters.  Are the others the same versions as originally released?
Yes. The ones that Tom Ruff mastered (Songs From The Escape, The Model Citizen L.P.) didn't need a thing done to them, neither did Side One, which was mastered by Kurt Reil at House Of Vibes in Highland Park. The others were just done a long time ago and needed some updating, so I remastered them at the studio that I share with Chris Pierce (Volume IV, New Brunswick). The sound volumes on some of them didn't start as loud as some of the others. I made them a bit more even, so the folks that were nice enough to listen to it didn't have to keep adjusting their volume knobs after each song. I also re-recorded vocals on "Best Day Of My Life".  A song I had written back in 2000, and released on my 2002 self-titled record. I then remixed and remastered that, as well. I'm very happy with how that turned out.

How long would you say you've been working on this best of album?

Not long. Maybe 2-3 weeks. It was a very spontaneous idea, and I was able to put it into play immediately. I literally came up with the title while I was texting with Anthony Walker, who did the artwork. I was like "I'm thinking of calling it "Timetable." Anthony said "cool," and off we went.

The sequence. I made an all-acoustic album in 2014 called Songs From The Escape, and the rest was full band, mostly electric guitar-driven rock and roll songs, so finding a good balanced sequence took more than a few drafts until I felt like it had a nice flow to it. That was really tough.

I know a couple of songs are ones you released for compilations like MOAM, but were songs like “Magic 8-Ball” and “End of the World” ever released before?  Are there any others that are released here for the first time?
No, they have all appeared on one record or another.

"Magic 8-Ball" was released as a single this past March. I recorded it with Kurt Reil (The Grip Weeds) on drums, and Peter Horvath (The Anderson Council) on Bass. I thought it would fit nicely with these songs and be an added bonus to the collection of older songs. I also gave that a better mix and master, because I kind of rushed it out earlier this year, and am much happier with the mix now. It also didn't get much attention, because I released it at the very beginning of the pandemic, and there were much, much bigger and more important things going on than a new single by a local musician. "End Of The World" is track 2 on Side One by The Strazzacasters.

If you had to choose 2 or 3 songs which you thought defined you as a musician and songwriter, which would they be?

Oh man. I don't know. I mean... if we had to ask Bob Dylan that same question, I'm guessing he wouldn't say "Blowing In The Wind", or "Like A Rolling Stone', even though that's what most people and publications would default to. For those few that actually know who I am, they would probably say "Detour", "Goin' Solo", or "Shark In The Water"... So that's good enough for me.

Finally, what advice would you give other artists thinking about putting together a best of collection?
Do it! It was really inspiring and fun to revisit my old catalog that I hadn't heard for a really long time. It took me right back to where I was when I wrote them. That was a trip... But the fun kind. 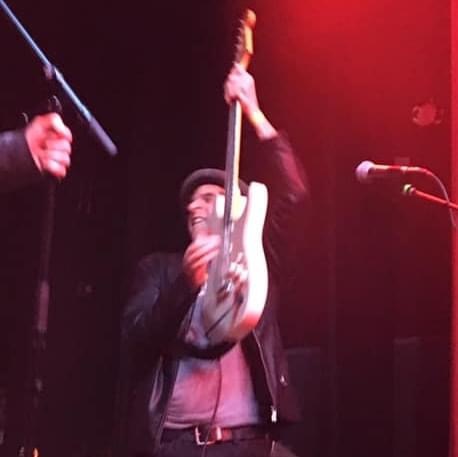 PHOTOS: (TOP) by Kristen Driscoll and (BOTTOM) by Ro Stafa 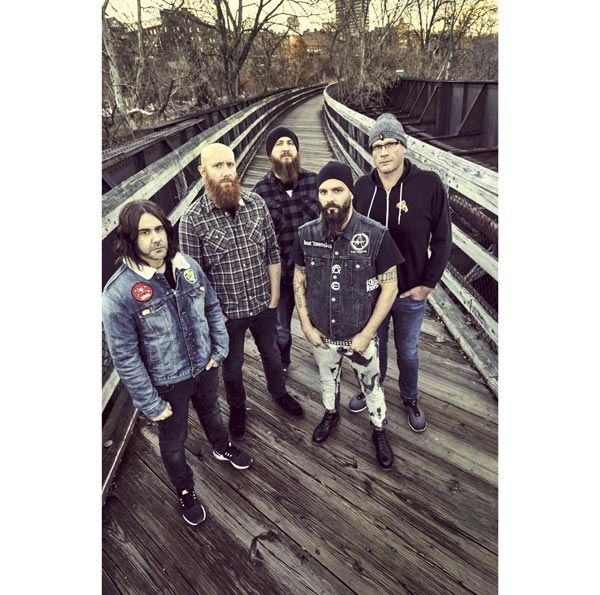