The Who's Tommy: A Bluegrass Opry Comes To The Grunin Center 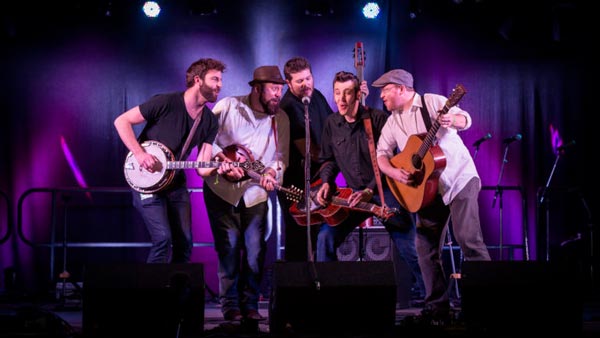 (TOMS RIVER, NJ) -- “Ever since I was a young boy I played the silver ball.” Maybe not your standard bluegrass lyric, but a line known by all the world from the biggest rock opera of all time, The Who’s Tommy. Forty-five years after its original release, this classic of classic rock is now fully realized as a full-length bluegrass tribute featuring Springfield, Missouri’s The HillBenders.  The band will perform The Who's Tommy: A Bluegrass Opry at the Grunin Center for The Arts on Friday, April 13 at 8:00pm. Tickets are $35.

Conceived and produced by SXSW co-founder and longtime musician/producer Louis Jay Meyers, this Bluegrass Opry brings a new perspective to Tommy, while paying total respect to its creators. This live performance is a full 75-minute show covering the original album from start to finish with audience participation.

Originally composed by guitarist Pete Townshend as a rock opera that tells the story about a deaf, dumb and blind boy, including his experiences with life and the relationship with his family. The original album has sold 20 million copies and has been inducted into the Grammy Hall of Fame for "historical, artistic and significant value". In 2003, Rolling Stone magazine ranked Tommy number 96 on its list of the 500 greatest albums of all time.

Meyers had been looking for the right band to pull off this high wire bluegrass approach for several decades and The HillBenders are the right band. With a perfect mix of virtuoso musicianship and rock star vocals, The HillBenders bring Pete Townshend’s original vision to life in a new and exciting way.

It’s amazing to hear banjo, dobro, mandolin, bass, and guitar bring the same energy and vision to Tommy as The Who did with a full rock band and orchestra.

The HillBenders are one of the few bluegrass groups that recognize their ability to bridge the gap between the common music consumer and the bluegrass genre, selecting material that defies any hillbilly stigmas. With their widely varied influences, they are trying to bring to bluegrass songs that unify. “We wanted to pair bluegrass with the other music we grew up with —rock and roll!” say HillBender Nolan Lawrence.