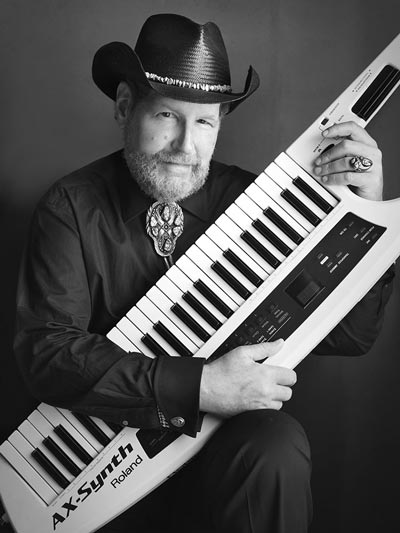 Stormin' Norman Seldin is among the handful of musicians who have been a part of the Asbury Park music scene from the very beginning.  From booking shows as a teenager to breaking racial barriers by including a young Clarence Clemons in his band to performing up and down the east coast for over 50 years, his legacy is intact. Now he needs your help. Seldin is a nominee for the East Coast Music Hall of Fame for Best Music Maker in the Jazz / Blues / Swing / Retro category.  Voting runs until May 30th.

The vision of the East Coast Music Hall Of Fame is to bring together under one roof those who have contributed to the music of the East Coast starting with the pioneers of R&B through the music of the 50's, 60's and 70's. It seeks to inspire future generations to continue to participate in the arts by providing opportunities to collaborate with individuals, organizations, and schools to educate and entertain through diverse programs. The mission is also to become a center for performing and visual arts to serve as a repository for historical print, audio and video resources essential for future study.

Nominees in the category with Seldin include Louis Prima Jr. & The Witnesses, Gerard Esposito, Frank Piombo, Scott Bradlee's Post Modern Jukebox, Peter and the Master Keys, and JP Soars. The East Coast Hall of Fame will celebrate its new class during an awards gala at Harrah's Resort & Casino in Atlantic City October 12-13 (rescheduled from June due to the pandemic). Voting rights start at $25 per year. Click here for more information about membership.

"I was totally taken by surprise considering the hundreds of great musicians that would be nominated in this category," said Seldin when asked what he thought upon hearing of his nomination. "People have always raved about my style and ability, but I think once they saw me endorsed as a Steinway & Sons 'Spirio' recording artist thanks to Jacobs Music, it opened a lot of eyes."

Seldin said induction would be, "An amazing honor for my late mother Helen Seldin who pushed my lessons from the age of three and helped me to travel and promote others like Harry Ray and Clarence Clemons into the limelight not just myself."

Seldin has a show scheduled for the Wonder Bar in Asbury Park on Saturday, May 9th. It's the club he's forever linked to with the story of Bruce Springsteen first seeing Clarence Clemons there, performing on stage with Seldin and his band Joyful Noyze. But his career goes far beyond Asbury Park... 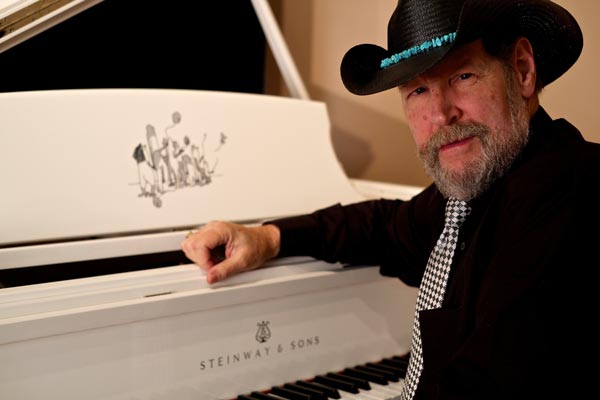 He was raised in Red Bank, NJ, and began taking formal piano lessons at the age of three.  While trained in Classical music, Norman soon took an interest in R&B.  By the time he was 14, he was sneaking out of the house at night to visit the clubs on Springwood Avenue, the black section of Asbury Park.  From there, Norman started his own band.  Becoming friends with many of the black musicians, Norman could hire a horn section for $20 a man.

He began managing other acts at the age of 14 or 15.  One of the first groups Norman Seldin managed was the Valtairs with lead, Harry Ray (later of the Moments and Ray Goodman & Brown).  Having the talent, Norman started putting together stage shows that drew 200 to 300 people.  "I had the Valtairs, the Shells and Vito & the Salutations on the same show for three bucks,” Norman recalled.  "From there I booked the Olympics.  It just kept progressing."

The next logical step for Norman Seldin was to start a record label to record his talent.  The first record released on Seldin's Selsom label was by the Valtairs.  He soon released records by the Shondelles, Tony Maples and the Uniques (a recording that contained Nicky Addeo and later members of the Broadways), the Darchaes (under the name Barboroso & the Historians), the Jaywalkers, the Motifs and the Joyful Noyze.

Norman's piano styles range from blues and rock to authentic New Orleans stride piano, to Mississippi Delta Blues to new age and classical.  Vocally he can go from Jerry Lee Lewis to Ray Charles to Joe Cocker to John Prine. Between his piano playing and his vocals, he's recognizable on any stage.

"The way I gave to so many talented people and spent my own money on them and never asked for anything in return except their honesty and respect for what I do," said Seldin. "I want to also have people know how proud I am of my daughter Melody who was with Universal Pictures in the UK when the company won the Oscar for Green Book, and now for 28 years my wife Jamey who guided me out of a very dark place, managed me when I wouldn't talk to anyone, and proved to thousands how good I was, not just the ones I managed or promoted. Just a few of the many things."

Please vote him into the East Coast Hall of Fame... He deserves it.