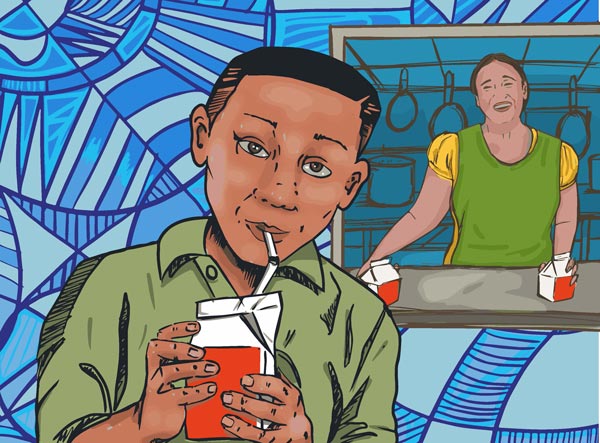 For nearly 25 years, theatre companies throughout the state have taken part in the annual Stages Festival presented by the New Jersey Theatre Alliance. The festival offers free and low-cost events that can serve as a wonderful introduction to the world of theatre for families. Due to COVID-19, many of the events this year will be available online.

One such offering is the production of “Surely Goodness and Mercy” presented by Trenton’s Passage Theatre Company, which will be available via a pre-recorded video from March 25-28.

The play by Chisa Hutchinson follows Tino, an odd but very bright little boy who befriends Bernadette, the lunch lady at his school. The two, along with their sassy friend Deja, learn about the strength hiding within themselves and what it means to really care for one another. 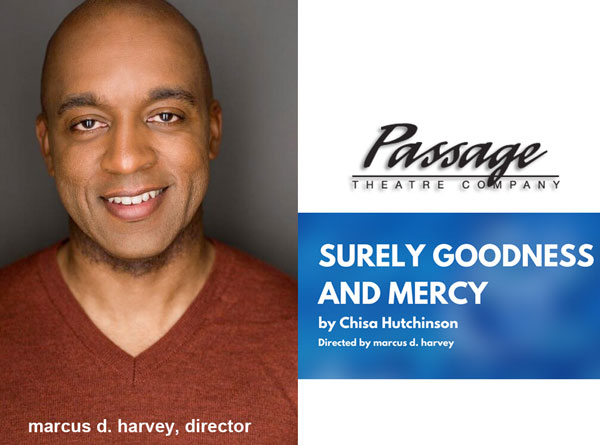 marcus d. harvey, who teaches Acting at Montclair State University, directs the production. He is also Head of the Acting Department and an Acting Instructor for Waterwell Drama Program at Professional Performing Arts School in New York City.

“For me, this is a play about generosity and how, in particular, black people are generous with what little they have,” the harvey explained.

Passage’s online production of Surely Goodness and Mercy consists of a hybrid filming process. A portion of the scenes will be filmed with actors remotely, as Passage has done with its previous online shows. The remaining scenes will be filmed in person at Trenton Central High School. All in-person scenes will be filmed following COVID-19 precautions and with the assistance of their new Company Manager/Infection Control Specialist to ensure the safety of everyone involved in the process.

The video will be closer to a film than a live theatrical performance. It has a complete film crew including set designer, costume designer, sound, and lighting. harvey created a shot list that includes angles and the number of cameras needed for each shot. The finished product will be edited by a production company that has been working with Passage for their online programming.

“Everything that is recorded remotely will be in a graphic novel setting,” said harvey in a phone interview a few days before filming began. “Everything that is recorded in rehearsals this week will be from Tino’s perspective, as if he’s reading the book about his life back to us. And then when we record in person at Trenton Central High School, that’s his reality – his safe space. It’s about how he escapes from the life that is hard for him to his safe space where Bernadette and Deja live – the people who look after him and protect him. In this play, we get to see children – especially Black children – be kids and not have to be adults or aggressive. They get to be quirky and protective of each other.” 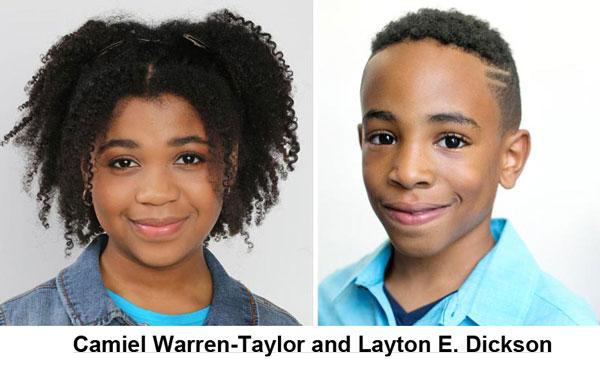 The subject of suicide is one of importance to harvey, who recently directed a suicide-awareness project and is currently working on his first full-length play, which is centered around Black men and suicide/depression. He believes “Surely Goodness and Mercy” is about finding answers so you never reach that point.

“It’s a play about how we create safe spaces for young people, in particular, to express themselves in the ways they know how,” continued harvey. “There is a lot of listening in this play; a lot of acceptance; and a lot of community building. I think those are the things that someone like Tino needs in order to not go to the place of what’s next for me? Or how can I end up with suicidal thoughts?”

General admission tickets for “Surely Goodness and Mercy” can be purchased for $17 at www.passagetheatre.org. There are also senior and student tickets available for $13.

Upon ticket purchase, audience members will receive a confirmation email including a link to view the video anytime from Thursday, March 25 at 11 a.m. until 11:59 p.m. on Sunday, March 28. The video can also be viewed on Zoom during the group screening on Saturday, March 27 at 7 p.m. Immediately following the group screening, there will be a short post-show discussion featuring Surely Goodness and Mercy cast and creative team. Questions not answered live in the discussion may be answered by the artists on social media after the screening.

While we would all generally prefer to see theatre live on stage, offering plays online has a few advantages. It opens up productions to a much wider audience; one in which geography is no longer an issue, costs are often reduced, and is easier for the disabled to enjoy the events as well.

“I think it makes theatre a bit more accessible,” said harvey. “One of the things we don’t talk about is how inaccessible financially theatre is – especially commercial theatre. If a family of four wanted to go see a show like this in a theatre, it could cost them over a hundred dollars. But virtually, it could cost much less and they can experience it together and have conversations about it.”

The Stages Festival was originally designed to showcase the diversity and excellence of theatre in the Garden State, while breaking down barriers and introducing new audiences to the arts.

“It’s an extremely important festival,” continued harvey. “I think it cuts an elitist perspective of theatre out by making it accessible to people of all socioeconomic backgrounds. It creates a space where it says you are welcome. And maybe if I see this show it’ll get me to want to see a show in the future and maybe become part of the community that goes and has a theatre experience.”

The director also notes that the Stages Festival is important to theatre companies like Passage because it helps them move beyond their normal subscriber base. By reaching new audience members, theatre companies can cultivate relationships with communities that may not have been in their focus because they are used to serving their subscribers. This offers them a wonderful opportunity to grow outside of their regular season programming. With the success of “Hamilton” on Disney plus last year, there’s a good chance theatre companies will incorporate streaming into their seasons from now on. The possibilities are too great to ignore.

New Jersey Theatre Alliance’s Stages Festival is a state-wide spring festival of free and low-cost theatre events for all ages including performances, classes, workshops, and play readings. The Stages Festival is designed to showcase the diversity and excellence of New Jersey theatre, to break down barriers of cost and access, and to introduce new audiences to the work of our member theatres. For more, visit www.njtheatrealliance.org/stages.

Show illustration by Leon Rainbow
About the author: Gary Wien is a music journalist from Belmar, NJ. A three-time winner of Asbury Music’s Music Journalist of The Year, his writing and photographs have been seen in publications like Upstage Magazine, Backstreets Magazine, Gannett Newspapers, and Princeton Magazine. He is the also the author of two books: Beyond The Palace (about the history of rock music in Asbury Park) and Are You Listening? (his picks for the Top 100 Albums of 2001-2010 by New Jersey Artists) and is the publisher of New Jersey Stage magazine.
Content provided by Discover Jersey Arts, a project of the ArtPride New Jersey Foundation and New Jersey State Council on the Arts.

The Art of Living Well: "Save the Sourlands Solofest" Film Plus Discussion With The Sourland Conservancy