Makin Waves Record of the Week: "It's real (I knew it)" by Foxanne 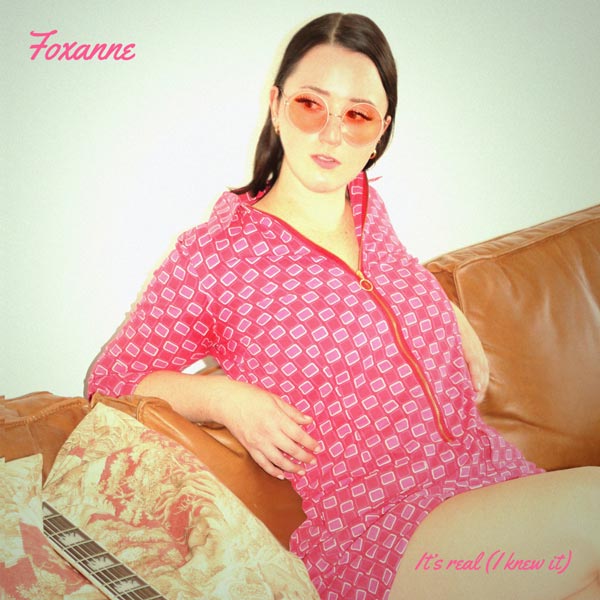 New Jersey-raised, Brooklyn-based singer-songwriter Foxanne has been doing both scenes proud for some time with her emotional mix of alt-rock, acoustic tunes, and Bowiesque drama. Her full-length debut album, “It’s real (I knew it),” raises the bar, especially in regard to her dynamic, enthralling vocals. A followup to the 2018 debut EP, “Halfling,” the plantively passionate 13-song LP opens and closes with an “Intro” and an “Outro.” Let’s start with “Intro,” a brief but spooky ‘n’ spacey exploration of trying to breathe within the darkest depths of emotion. Like a Bowie track, the opener’s warbling organ sound gets slammed by the ramped-up second track, “Doing It All,” a bass heavy tune that features one of hte best elements of the tour de force gymnastics Foxanned expresses throughout the album.

More emotions are expressed through a lens that blends EMD with punk on “So Excited.” The Makin Waves Song of the Year, “Opportunity,” is next as it tells the sad and pleading tale of the lost and abandone Mars Rover. For her day job, Foxanne writes about space exploration, developments, and discoveries for such outlets as Space.com. Her coverage of the Opportunity Rover has led to one of hte best songs I’ve heard by an unsigned artist in my 40 years of New Jersey music coverage. Surprisingly, the incredibly emotional track is subdued compared to the intensity of the rest of the LP.

“Opportunity” was the first of three videos and/or singles released to promote the album. Another is “Let It Ache,” a cutting chronicle of the pain that can be caused by the coldness of a city topped only by the greater ache of an awakening. Somewhere in Rock ‘n’ Roll Heaven, Bowie is smiling down on the theatrical “Love You Forever.” Foxanne plays geisha in the kabuki take on rock.

“Youngest Man Alive” is another bass-heavy track on the which the rhythm wraps around Foxanne’s cooling vocal as she tells of a man too afraid to grow up. Her percussionist fiancee Andrew Funcheon delivers a fantastic drum performance.

Due its range, high pitch and prettiness, “We Don’t Die” features one of the strongest of Foxanne’s excellent vocal performances throughout the LP. The soaring track is propelled by funky rhythm and features a ferocious break on which Foxanne channels Patti Smith.

“Burlington,” an oddly chirping, lilting folk-rock ode to a South Jersey town and the love found there, wouldn’t sound out of place in a David Lynch movie. Foxanne takes a similar weirdly whistling approach to “Sea Blue,” simultaneously salute or laments either the ocean or a lover whose eyes are the same color.

If Patti Smith actually could sing, she might come up with a song like “How Dar You,” which is about the righteous indignation that love can cause. Foxanne also channels a bit of Janis Joplin on the soulful, bluesy ending. If I was the producer of this LP, it would end here on one of its strongest notes.

Unfortunately, the last two tracks only mar the otherwise excellent effort. If Foxanne gave herself a slap on the back for a job well done with the LP, it would make more sense than the cryptic monotony of “Applause.” The closing “Outro” bookends the album with a quirky keyboard instrumental but adds little to its strength.