Inside The 2016 Indie Street Film Festival 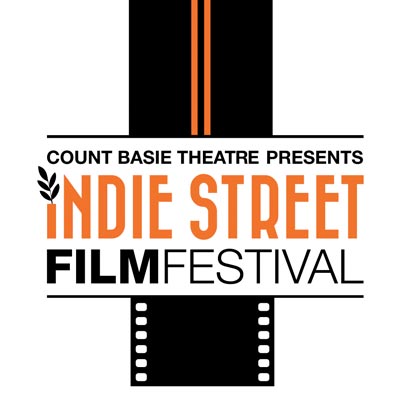 The Lampanelli performance, Yoga Hosers screening and an opening night screening of director Chad Hartigan’s Sundance hit Morris from America starring Craig Robinson (The Office, Hot Tub Time Machine) each take place at the Count Basie Theatre, which is also on board as the festival’s lead sponsor. The Lampanelli performance will follow a screening of Can We Take A Joke, a documentary on the collision of comedy and political correctness which features Lampanelli and fellow comics Adam Carolla, Gilbert Gottfried, Jim Norton and more.

A public screening, presented by Sony Pictures Classics and its co-founder / co-president and area resident Tom Bernard, will take place on July 7th outside the Molly Pitcher hotel. Fans can visit www.facebook.com/IndieStreetFilmFestival to cast their vote amongst several Sony Pictures Classics titles, including Welcome To The Dollhouse, SLC Punk, The Wackness, Moon, and Junebug. “Indie Under The Stars” is also made possible by ShoreFlicks, Flying Fish Brewing Company and popchips.

After Sandy, the post-superstorm film from Tinton Falls filmmaker Joe Minnella, will be amongst several documentary features. Documentarians Livia Ungur and Sherng-Lee’s Hotel Dallas – detailing the adventures of a Romanian woman who travels to the U.S. under the influence of the early 80s television hit Dallas – will also be screened. Beatrice Alda’s Legs: A Big Issue in a Small Town, Adam Irving’s Off the Rails and Jason Zeldes’ Romeo is Bleeding will also compete in the documentary category.

Also featured will be 57 short films from over a dozen countries in 7 competitive programs, including shorts by directors Danny DeVito and Matthew Modine.  Shorts will be broken down into seven categories; three narratives, two documentary sets, a set of animation shorts and a special “Jersey Shorts” screening featuring narrative and documentary shorts by local filmmakers.

"Growing up in the area, the question was never if we should launch our film festival in Red Bank,” said Indie Street founder Jay Webb. “It's a gorgeous arts driven town with all the infrastructure, venues and passionate people that are all key to the success of an event like this.  Indie Street is all about cooperation and we have felt that energy from the Count Basie Theatre, local businesses, the town council, and all the individuals who have helped make this festival a reality.”

“The mission of the Count Basie Theatre has always centered on showcasing and nurturing the arts,” said Adam Philipson, President / CEO, Count Basie Theatre. “In that way, Indie Street’s mission to create visibility for independent filmmakers is aligned with what we do best. We’re very much looking forward to growing this festival into an annual event for Red Bank and the region.”

Like others of its kind, Indie Street Film Festival is both a showcase and competition of up-and-coming films and filmmakers. Winning films will be selected by a jury consisting of industry gurus, including producer / director and three-time Emmy winner Sylvia Caminer, movie critic and Q104.3 radio host Shelli Sonstein, and John Columbus, Founder and Director Emeritus of Jersey City’s Black Maria Film Festival. Award winners will be honored onstage at the Count Basie Theatre prior to the festival-closer Yoga Hosers.

Encore screenings of all the winning films will take place on Sunday, July 10th.

Festival passes and tickets to individual screenings are on sale now via Indiestreetfilmfestival.org and theBASIE.org.  Passes range in price from $149-$849 and include opening and closing night festivities, allotments of film tickets, and access to after-parties and social events, panels and workshops, plus discounts at local Red Bank businesses.