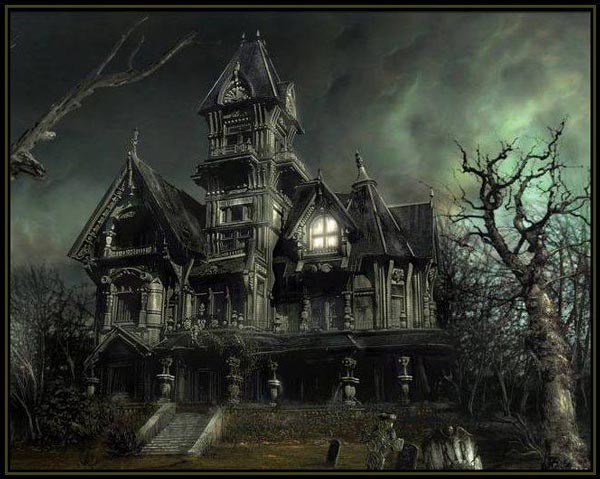 House On Haunted Hill is a classic B-movie by William Castle that came out in 1959.  It starred Vincent Price as a millionaire who offers $10,000 to five people who agree to spend the night locked in a house he’s rented on Haunted Hill.

As with many horror films, the movie contains lines that are unintentionally hilarious.

Peter J. Loewy noticed the humor and thought the film presented the opportunity for a great comedy - especially around Halloween time, which is when the Forum Theatre in Metuchen presents the World Premiere of House On Haunted Hill, A Horror of a Comedy.  The play is adapted and directed by Loewy.

“I have always loved the classic B and C horror movies of the 50s and 60s,” explained Loewy.  “Although written in a very comic style, House on Haunted Hill is still an homage to the thrillers of that genre, with quite a few laughs, many laughs, along the way.”

Loewy is a veteran of theatre as a freelance director, writer, and producer.  He’s directed plays throughout the United States, but his home base is the Forum Theatre in his hometown.  He purchased the theater in 1983 and has been running it ever since.

In the play, five unrelated people are chosen to spend the night in what is purported to be a haunted house.  If the guests stay the night, their host, will give them each $10,000.  Loewy has kept the time period of the play set in 1959 as with the film because he believes there is a certain innocence about that era that is no longer with us. 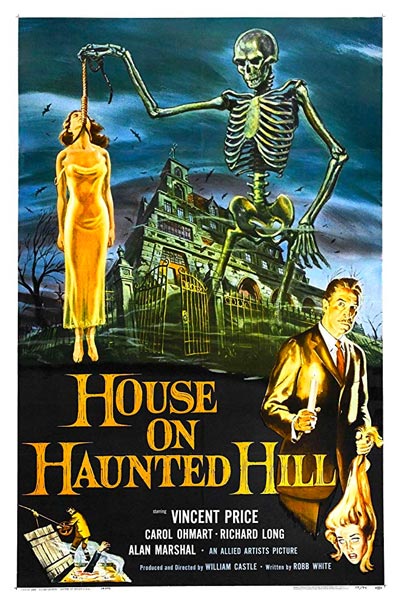 The cast includes Patrick J. Cogan as Frederick Loren (the role played by Vincent Price in the original film); Susie Paplow as Annabelle; Vicki Tripodo as Ruth; Paul Whelihan as Pritchard; Todd Fenstermaker as Dr. Trent; CJ Carter as Lance Schrotchum; and Katie Clair McGrath as the nervous secretary. Anthony Ross is the scenic designer and Jason Jackson is the technical director.  All of the characters will be similar to those in the original film.

It doesn’t take long at all for unusual occurrences and minor creeps to begin, but the inhabitants are locked in and couldn’t leave even if they wanted to.  With eerie music, undependable lights, slamming doors, secret passages, and the most ugly housekeeper put on stage, Loewy’s play balances the horrific premise with humor.

“It’s going to have some scares in it, but a lot of it is going to be very funny,” said Loewy.  “It’s definitely a good play for adults and a good date night play. I’ve been writing comedy all of my life.  This film adapts well for comic dialogue.  It’s not slapstick.  It’s more in the vein of a Neil Simon or Mel Brooks’ work - both who I grew up with and worship.  You don’t have to know the movie to enjoy the play. It’s sort of a spin off on Agatha Christie, thrillers, and horror.”

“It’s a cast of seven and they’re all very good and very funny,” continued Loewy.  “Like any comedy farce like this, you’ve got to play it straight.  You can’t play on the comedy; you have to absolutely commit to being straight.  I think for all of the people I cast, that’s what I was looking for.”

The producer in Loewy recognizes that a play like this could have a life beyond the Forum Theatre - especially around Halloween, but he thinks the play could work throughout the year as well.  The Forum Theatre is trying to take advantage of the holiday though with special performances including shows at 10:00pm, a singles night, and costume night.

Since 1928, the Forum Theatre has been a centerpiece in Metuchen.  It was originally built as a theatre and vaudeville tryout house, but eventually became known as the neighborhood movie house.  Throughout the last few decades since Loewy took over, the theater has taken chances on producing several musicals that didn’t have great success in their original runs.  Some of these productions earned the Forum Theatre a bit of notoriety in the industry.

One such production was The Rothschilds, a musical that opened on Broadway in 1970 and closed slightly over a year later.  Loewy saw it on Broadway and loved its music, obtaining the rights to produce it at the Forum during the 1989-90 season in May. However, the rights were also granted to the American Jewish Theater, which presented the play in a small off-Broadway theater in February.  Their production had enough success that they announced a move to a much larger Off-Broadway theater at the end of April.  Because of this, a request to extend the run at the Forum Theatre was denied and a small battle between New Jersey and New York theatre audiences ensued with coverage in the major newspapers.

Another production was Mr. Cinders, a musical that ran for over 500 performances in London in its original 1929 run.  In 1982, the musical was revived and became a hit that ran for another 527 performances in London.  It had its premiere in the United States at the Forum Theatre in 1986 thanks to Loewy.  He was just 30 at the time, but was hungry to provide his theater with an identity of presenting works that hadn’t been seen in the area (including Broadway and Off-Broadway). His efforts led the New York Times to proclaim, “In its modest way, the Forum is the state’s regenerator of unsung musicals.”

As with most theaters, the Forum plays a central role in the downtown.  Loewy says theaters like his are absolutely essential to a community.  He’s found a way of bringing different cultural events to the theater, which has not only help kept the venue going, but help forge an even closer relationship to the town.

House on Haunted Hill runs from October 12 to November 3rd at the Forum Theatre (314 Main Street in Metuchen).  Performances are Thursday through Sunday.