An Interview With Dw. Dunphy about The Co-Op Communique 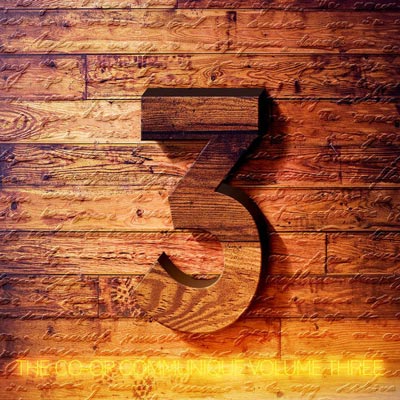 The Co-Op Communique distributes music from independent artists seeking to share their artistic output with an enthusiastic audience. The latest release, The Co​-​Op Communique Volume Three, went live on May 26, 2017.  It contains songs by 35 different independent artists and is available for free. New Jersey Stage spoke with Executive Producer, Dw. Dunphy about the release and the artist series.

The Co-Op Communique is described as a "music discovery series"  -- can you elaborate on that?Like so many who care about new and independent music -- like the people at Asbury Music, Rock On Radio, Blow Up Radio -- I identified that one of the big problems with the so-called music industry these days is not lack of content. It's not lack of good content either, and I cringe when people say, "They don't make 'em like they used to." So you need to get this music in front of people in a way that MTV hasn't for decades now, and modern terrestrial radio won't.

It's the premise of "a rising tide lifts all boats," so the Co-Op Communique compilations have a mix of well-known independent names, lesser-known names, and some just breaking in now. By mixing them up, fans of one will be exposed to things they wouldn't have heard otherwise. The webpages have links to the artists' home pages, CD Baby pages, other Bandcamp pages, so a potential new fan can easily thread that needle. The compilation is for free on Bandcamp, so there's no financial risk for interested parties.

I'm trying to approximate how radio once functioned, where you'd get a couple of songs you knew and a few you didn't, and you were exposed to this great wealth of music that was out there. I mean, that's how I discovered so many "favorite bands" when I was growing up, and that friendly captivation doesn't exist on terrestrial radio anymore. So that's really the genesis of the "music discovery series" concept.

How do you choose the artists for each release? Being a musician myself, I have a lot of friends who create, and they are on different levels of recognition. They come from different backgrounds and definitely perform in different genres. Getting them involved is relatively easy in that they want to do it. They've been waiting for something like this, and for someone who won't take advantage of their generosity.

I think mixing up genres is important. Part of being exposed to new music is being open to all kinds of it. There are too many times I've heard someone say, "Oh I don't like this type of music. It's sucks." Or, "That type of music is all awful." Not necessarily. You heard one performer you didn't take to. That may not mean you wouldn't like a different performer working in a similar style, but again, you'll never know unless you get to listen. So having a big compilation for free and available relatively instantly can accomplish that.

As for my directorial stamp, I have one overarching statement to these individuals. Give me a crowd-pleaser, however that is manifested. This is probably not the best venue in which to debut your 12-tone tribute to Edgard Varese. But if you are passionate about 12-tone composition, I'll ertainly give it consideration. In the end, I want to present something that causes people to want, and seek out, more.

As an independent artist, what would you say is the most difficult aspect of getting people to hear your music? Honestly, the biggest problem is not having infrastructure that will take what you put out and just run with it. It's not just me, of course. I've seen bands perform every weekend in local venues, and they have their fans and the people who will come out and support them, but it never seems to expand. In a greater sense, the Co-Op Communique is the kind of platform I wish someone had for me. Seeing the need for it out there, I guess I had my "Well, big-shot, you think it's so important, why don't YOU do it" moment. That's why we're here now.

It's a modest effort, but I like the model. And I've said on more than one occasion, I hope this spurs on lots and lots of copycats who will do the same, PROVIDED they are fair to the artists who are relying on them.

Is this a business venture for you or more of a hobby?  Do artists pay to be part of the release? It's kind of both a business venture and a hobby. I have run a private label for years called Introverse Media and Co-Op Communique also comes through Introverse. However, I run Co-Op not as a profit generator but more like a hobbyist, I suppose.

I don't take money from the artists to be included. I know of some compilation entities that do, and to be fair, this is not an inexpensive hobby to have. If you want to do it right, you better promote with ads, press releases, and a considerable amount of your personal time. There is a cost.

But there's a cost to the artists too: their hard work in the form of their song. I'm essentially asking them to donate usage -- non-exclusive, of course. They own all the rights to their work. I'm a caretaker, essentially. But if you are a car maker, you're not just idly donating cars to the public. These musicians are making a sacrifice with their donation, and it would be wrong for me to take their money as well just for placement.

What do you hope the Co-Op does for artists? Above all else, I hope they get to build their paying fanbase(s) up. I'd say 87% of the people on Volume 3 have day jobs. They write and record not because they falsely presume they'll become rock stars, but because they're compelled to create. It's something they have to do. But we live in a costly world, and the mortgage company doesn't really care about your dreams. Making something of music, and getting a few paying fans from it, can make the difference between keeping it up or giving it up and getting a second job. I hope this effort gives the artists enough daylight so that they can continue doing what they love to do. 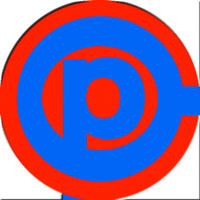 Finally, how can artists get involved with the Co-Op or possibly be on a future release? I'll start Volume 4 in earnest in January 2018, but anyone can contact me right now just to say, "Hey, keep me in mind." I will likely do some preparatory work on Vol. 4 before then, so it's feasible that placements could start as early as the end of this summer. Email tends to be the most effective way to get a hold of me.

As for being a part of Co-Op without being a performer, I'd like to form partnerships and sponsorships to keep it going and strong. Once again, I'm not going to charge artists to be a part of this, and if the day comes when I would need to ask them to support it financially, I'll stop the series. It needs to be delivered to the audience for free and needs to be free to contributors. But I think there are certainly opportunities for businesses to sponsor this effort to make sure the arts stay well-represented. That would also show they are interested in supporting new creators, and that reflects well upon them, I think.

I'm open to all the possibilities so long as the Co-Op's mission is not interfered with in any way.