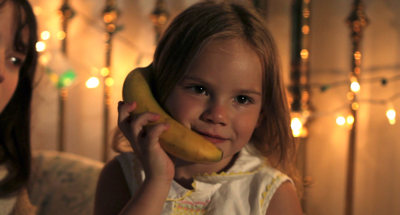 All the works that we are screening, with the exception of seven programs, are part of the New Jersey Film Festival competition and were selected by a panel of judges including media professionals, journalists, students, and academics. These judges selected the 25 finalists which will be publicly screened at our Festival. The finalists were selected from over 392 works submitted by filmmakers from around the world. In addition, the judges will choose the Prize Winners in conjunction with the Festival Director. Prize winners will be announced after the screenings on Sunday, February 9, 2014.  Film Premieres:
Over 50 films will have their New Jersey or Area Premiere (Middlesex County) screenings as part of the New Jersey Film Festival Spring 2014 and the United States Super 8 Film & Digital Video Festival. Some of these include: In Hak Jung's The Other Side of the Mountain -- a dazzling, epic film--the first co-production between the US and North Korea; Mohsin Abbas's revealing documentary on 16-year-old Malala Yousafzai -- the youngest-ever nominee for the Nobel Peace Prize and an inspiration to young girls throughout the world; Ruben Amar and Lola Bessi's dream-like independent feature film Swim Little Fish Swim; Nathan Dappen and Neil Lossin's environmental documentary Snows of the Nile; Catherine Brabec's film about New Jersey surfers and Hurricane Sandy; Elena Pogrebizhskaia's Mama, I'm Gonna Kill You -- a heart-wrenching documentary about three children who reside in an orphanage in Russia; Stuart Brennan and Neil Jones's The Reverend -- an inventive and comic feature film that riffs on the vampire genre; and many, many others. For more information on these premiere screenings see the attached schedule or go to our online site at www.njfilmfest.com.

Classic/Experimental Films Highlight Thursday Evening Screenings plus four Special Programs:
The Spring 2014 Festival will also include two highly anticipated premiere screenings. On February 27 and 28 we will screen Shirley Clarke's Portrait of Jason -- the restored and rarely seen documentary about a gay hustler which Ingmar Bergman called “the most extraordinary film I've seen in my life.”and Edward S. Curtis's In The Land of Head Hunters which will be a United States premiere screening of the restored silent masterpiece about Native Americans on March 1. Classic and rare experimental film screenings will take place on select Thursday evenings. They include: Eadweard Muybridge, Zoopraxographer on January 30 and Films by Stan Brakhage on February 20. Also we will presenting the Jersey Fresh: Films by Jersey Filmmakers/Our Town program on April 26 as well as three free screenings via the Italian Independent Film Series screenings on February 23, March 30 and April 27. For more information on these special screenings see the attached schedule or go to our online site at www.njfilmfest.com.

26th Annual United States Super 8 Film & Digital Video Festival:
Also during the Spring 2014 season, the Rutgers Film Co-op/NJMAC will present the 26th anniversary of the United States Super 8 Film & Digital Video Festival -- the longest running, nationally recognized, juried 8mm Film/Video Festival in North and South America. Each of the three evenings (February 15-16, 2014) in Voorhees Hall #105, Rutgers University) will feature a different program of films from throughout the USA, Canada, and the world. Over 200 filmmakers are competing for many Best of prizes. Prize winners are announced on the last night of the Festival and audience members will vote for their favorite film. The Super 8 Festival is open to works predominantly shot on either Super 8/8mm film, Hi8/8mm video and/or Digital Video. This program is being co-sponsored by Jungle Software, Pro 8mm, PAC Lab, Gorilla Software, Johnson & Johnson, and many others. A complete festival line-up will be listed on our website at www.njfilmfest.com by February 1, 2014.

Special Guest Appearances by Directors, Artists, and Actors:
This fall we are pleased to announce over fifteen confirmed special guest appearances by film directors, producers, and actors to the New Jersey Film Festival Spring 2014! All visiting directors will introduce their work and do a Question and Answer session after the screenings.

Film/Video Workshops:
In addition, the Rutgers Film Co-op/New Jersey Media Arts Center will offer 4 of our very popular film/video workshops, taught by professionals, during the spring. They include: Screenwriting I; How to Sell Your Screenplay; The Film Business: Legal Aspects of the Motion Picture Business; and Mastering Audio For General Production Work. For more information on these workshops see the attached schedule or go to our online site at www.njfilmfest.com.