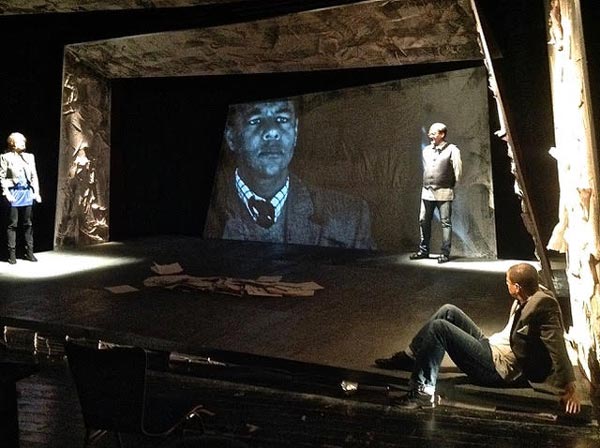 (JERSEY CITY, NJ) -- Jersey City Theater Center (JCTC) presents “Schwarz Gemacht, or How Klaus Found his Blackness,” a live-streamed performance from playwright and actor Alexander Thomas on Friday, November 12 at 7:00pm E.T. Part of JCTC’s Voices International Theatre Festival, “Schwarz Gemacht” examines universal questions of self and citizenship through the eyes of a patriotic Afrodeutscher (Afro-German) actor in 1938 Berlin. Proud to serve his country, he appears in propaganda films calling for the return of Germany’s former African colonies. An encounter with an African American musician and activist leads to hard questions about the treatment of people of color both in Germany and in America.

“Interviewing Alexander Thomas is a dream come true. Thomas’ work as an actor and writer has changed my mindset of how I view theater, and how I see one voice can truly be universal through its vulnerability,” says Baptiste. “‘Schwarz Gemacht’ is a powerful look at how one finds and holds identity. Through the lens of 1930s Berlin, he artfully contemplates who and what has the right to define us,” she adds. 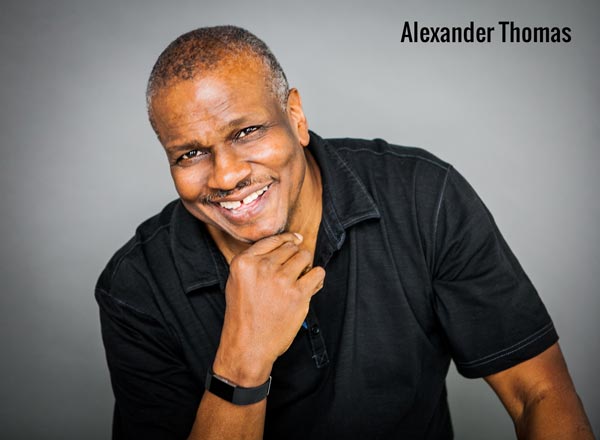 Tickets ($10) for “Schwarz Gemacht” are available here; an artist talkback follows the virtual performance. Attendees can register for free access to the November 3 episode of “Black Space” here, which will also be streamed on Facebook Live.

Originally from Albany, New York, Thomas currently resides with his wife, who works for the Foreign Service, in Astoria, New York. He has lived and worked in the U.K., Germany and Canada. Prior to returning to the United States, Thomas spent five years in Toronto, Canada, where he performed in the Canadian premiere of THE ROYALE by Marco Ramirez at Soulpepper Theatre and the world premiere of Adam Meisner's futuristic satire FOR BOTH RESTING AND BREEDING at Talk is Free Theatre in Barrie, Ontario. His lead role in the Canadian premiere of Stephen Adly Guirgis' Pulitzer Prize-winning BETWEEN RIVERSIDE AND CRAZY at Coal Mine Theatre earned him Toronto's 2020 Dora Mavor Moore Award for most Outstanding Performance for an Individual in the Independent Theatre Division. Thomas’ extensive international credits include Kitchen Theatre Company (U.S.), Theatre Royal Haymarket (U.K.), and Actors Repertory Theatre Luxembourg, and as a contributing writer for “The American Slavery Project: Unheard Voices.”