The comedy, streaming from June 15 through July 4, takes place during a Broadway opening night party at the Manhattan townhome of a wealthy woman who is producing a show on her own for the first time.

Well, actually, the play takes place in the producer’s upstairs bedroom suite while the party of invited and uninvited guests is percolating down below. A gaggle of characters, including the producer, the playwright, his presumptive best friend, the director, the female lead, a critic, and a coat-check flunky make their way in and out of the bedroom as they wait to hear the reviews of “The Golden Egg”—and wonder what comes next if it flops.

That scene will not be a blank stage but a fully realized recreation of a sumptuous New York boudoir designed by David L. Arsenault. 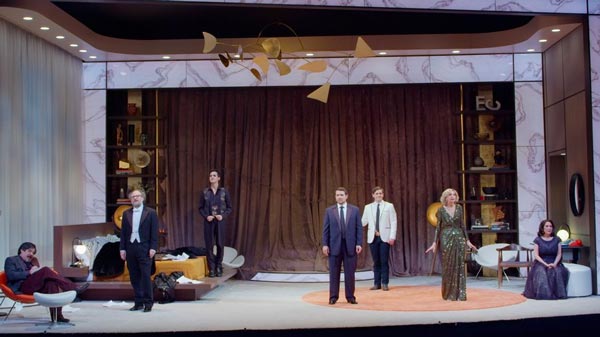 In this setting, the dialogue that exposes the relationships among these folks, their ambitions and their frailties, is laced with a stream of insider gags about familiar Broadway personalities and about Broadway itself. One critic aptly called this play “a New Yorker cartoon.”

The first three shows in the George Street streaming season were recorded at a patron’s home, but this one, directed by Kevin Cahoon, was mounted on one of the stages at the theater company’s new digs in the New Brunswick Cultural Center—stages that have been dark since the beginning of the pandemic.

“We had to acknowledge that the audience wasn’t there,” Cahoon said. “The first image you see is an empty George Street Playhouse stage. There is no set. There is not one bit of theater material on there. We had to embrace the fact that there was no audience, which was a beautiful metaphor for the past year.” 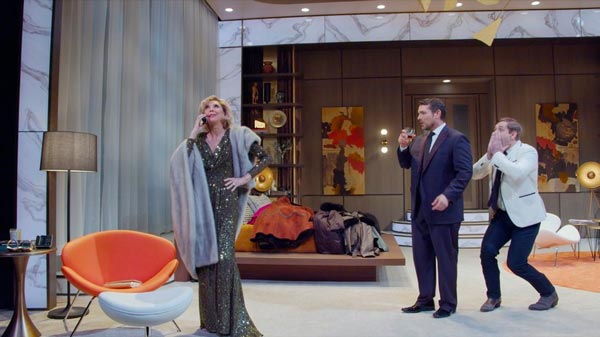 Also with respect to the pandemic, the timing of this production is apropos, because Terrence McNally, who was 81, died of complications from the COVID-19 virus in March 2020.

“It’s Only a Play” has a long history. It is the offspring of McNally’s “Broadway, Broadway” which closed during tryouts in 1978. True to the resilience of theater types that he portrays in the play, McNally brought it back with a new name and revised script off-off-Broadway in 1982, off-Broadway in 1985, and—after banging around for a while longer—it appeared on Broadway in 2014.

The play is both affectionate and satirical in its portrayal of the denizens of the theater, about their love for the stage and their resilience in the face of uncertainty and even of failure.

“That is what is so heartbreaking and also so brilliant,” Cahoon said. “People will spend years bringing a project to fruition, and it can all end in one night. That’s why they say, ‘Start working on your next play the morning after the opening of the play you’re in.’” 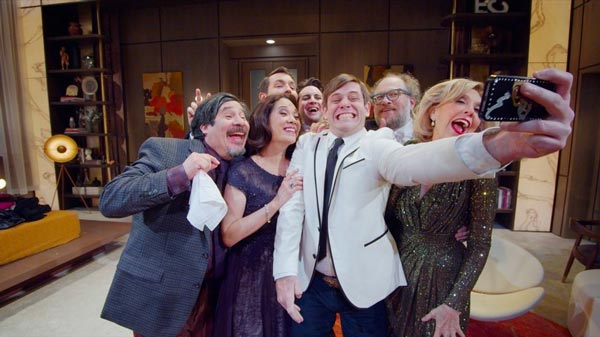 The play is a parody, Cahoon said, “in that it is celebrating the archetypes that we know exist in the theater: the diva leading lady with drama swirling around her all the time, the young boy who just fell off a turnip truck in Times Square and dreams of being in the theater, the hardened critic everyone has opinion about, the boy-wonder director—completely narcissistic, following his own pathos.”

Cahoon said McNally was writing from his experience, basing the characters in this play on people he had known and worked with.

“Terrence’s observation of all these people is so spot on,” Cahoon said, “but never mean. He was never mean; his characters were always coming from admiration, from his heart.”

Cahoon said that although the play was being prepared for streaming to home screens, the company rehearsed it as a play with no camera present before the tech rehearsal.

“You could play it for a camera, or you could experience the fact that it is a play,” he said. 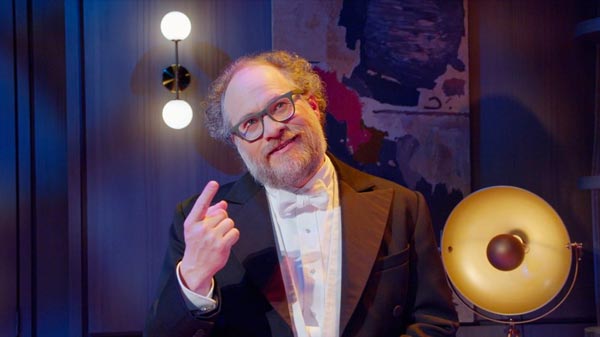 “But it’s for and about the theater. We didn’t adjust. We let it all fly. We wanted it to feel full and large and for the stakes to be really high.”

The accommodation to the fact that the audience would be watching on a screen rather than on a stage was accomplished through the camera shots that direct and hold the audience’s attention where it needs to be.

This is not Kevin Cahoon’s first turn at George Street. In 2018, he directed Larry Shue’s comedy “The Nerd” in the last performance at the company’s temporary theater on the Cook College campus of Rutgers University.

Although the pandemic virtually shut down the performing arts, Cahoon said the hiatus created opportunities for creativity.

“It was a time when a lot of people did Zoom readings of new material they were working on,” he said. “I also spent a lot of time writing projects I’ve always had the idea of bringing to fruition. I tried to use the time the best way I could. Hopefully, those things will happen.”

Cahoon, who will appear in a forthcoming Disney movie, “Better Late Than Never,” which stars Lisa Kudrow, added, as though to affirm the theme of McNally’s play:

“I also have a couple of theater pieces I really hope will happen,” he said. “It’s the artist’s life. It can all change tomorrow. You can get that call.”