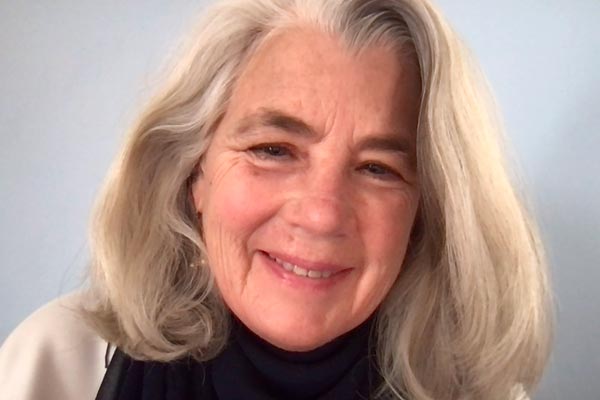 (HACKETTSTOWN, NJ) -- The final reading in this season’s Women Playwrights Series at Centenary Stage Company is Vita Patrick Morales’s Loretta the Yodeling Cowgirl taking place on Wednesday, May 5th at 7:30pm in the Sitnik Theatre of the Lackland Performing Arts Center. The play is inspired by a true story of Loretta and her wiry friend, Em, who live in a home for the aged in Mount Jewett, Pennsylvania. Their days are the same and their banter circuitous. But when Loretta learns that her daughters are about to sell the family home, she travels back in time to the days of her Yodeling Cowgirl fame, and the choices she made for happiness.​

Admission to the WPS event is by donation and advance reservations are highly encouraged as seating is assigned and limited.  A minimum $5.00 donation is required to reserve in advance.  To reserve visit centenarystageco.org or call the CSC box office at (908) 979 – 0900. Centenary Stage Company will also offer a live streaming option accompanying the in-person performance.  Live stream access is free to participate with donations appreciated.  WPS live streams will be made available for viewing at centenarystageco.org.

Vita Patrick Morales is New Jersey based playwright with a BA in Italian Literature from Rutgers University, an MA in Theater and Film from Hunter College and an MS in education from Fordham University.  She has written over 15 full-length and one-act plays many of which have gone on to be produced regionally and received numerous accolades. Most recently, her full-length, The Diagonal Trilogy, was awarded a gold medal from the Italian-American Theater Company of Chicago and was scheduled to be produced as a podcast as part of their 2020 season.  Unfortunately, the project was canceled because of Covid-19.  The Trilogy previously had staged readings by the Centenary Stage Company (2012); Writers Theatre of New Jersey (2017) and was a finalist in the Stage to Screen Competition in 2018.

Morales’s short play The Wall, was presented at the Jersey City Theater Center as part of the Disruption at the Box festival.  In 2018 she completed a play with the Writers Theater of New Jersey about a family caught up in the Cuban revolution entitled The Havana Orthodoxy.  This play was one of three finalists in the Centenary Stage Company’s 2018 Women Playwrights Competition and was given a showcase reading on their main stage.  It was read again at the Jersey City Theater Center in March 2018 in celebration of Women’s History Month.  The Havana Orthodoxy was a semi-finalist in 2020’s ScreenCraft's Stage to Screen Competition.   Her play Vitiligo, a story about a woman with a devastating skin condition that changes her life had its first staged reading at the 2019 DC Black Theater and Art Festival in Washington, D. C., and was read again in 2020 in Hoboken at a workshop sponsored by InFullColor.

Morales’s play Esmeralda of the Pacific Vortex was a finalist in the Cultural Stages Woodward International Drama and Dance Initiative at the University of New Hampshire and will be published in the Spring of 2021 in the Artemis Wisdom Anthology.  Morales is a member of the Dramatist Guild and her profile can be seen on the New Play Exchange. Loretta the Yodeling Cowgirl was written during the lockdown and Morales says that it owes its life to Lacy Conant Morales, her daughter-in-law.  According to Morales, Lacy tells lovely stories about her grandmother and these charming anecdotes inspired this play.

Now in its 29th season, Centenary Stage Company’s Women Playwrights Series has featured the work of more than 80 emerging playwrights. The program has also taken 18 plays to full production from the series.  Led by program director Catherine Rust, the Women Playwrights Series offers playwrights the opportunity to work with professional actors and directors in a workshop rehearsal process, and to hear their work in front of a live audience – a critical part of the development process.  Lively talk-backs with the playwright and cast follow each presentation, and one play is selected each year as the winner of the Susan Glaspell Award and receives a full production in the following main-stage season with CSC.

Centenary Stage Company remains committed to the health and safety of our community and adheres to all requirements set forth by the State of New Jersey including, but not limited to; observing social distancing, limited capacity, and requiring masks or facial coverings. For more information regarding CSC COVID-19 policies visit centenarystageco.org/faq.