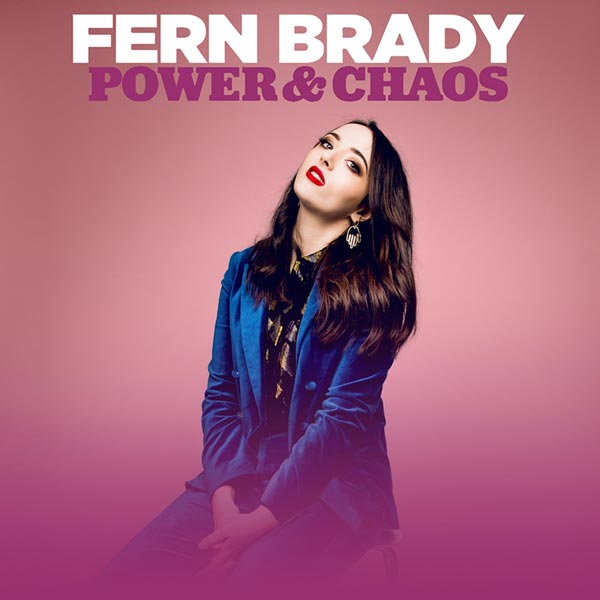 (NEW YORK, NY) --  Fern Brady is totally unique and completely fearless. Her exceptional writing and electric stagecraft have made her one of the UK's hottest comedy stars. Brady will release her new provocative & authoritative special, Power & Chaos on April 20 via 800 Pound Gorilla Pictures.

Featured in Vogue as one of the 'Top 5 Female Comedians' and as Telegraph's 'Top 5 Young Comedians To Watch', Fern's career has gone stratospheric in the last 18 months. She's been seen on Live at the Apollo, Comedy Central’s Roast Battle, and Live from the BBC (shown here) and has had viral success with her BBC Life Lessons, stormed the Australian comedy scene, and sold out her European tour.

In Power & Chaos, Fern masterfully tackles sexuality, feminism, power, Brexit, Scottishness, and nationality with her caustic wit. She reveals, “It’s terrible being an intelligent woman trapped in a Scottish accent”

Her comedy is smart and raunchy in an unheard, and fresh manner. “I still practice the Catholic contraceptive method ‘cause frankly it’s amazing for my skin,” she quipped at the Melbourne Comedy Festival.

On trying fried chicken as a vegetarian, she said, “I finally know how homophobic politicians feel when they’re blowing a guy in their office: ‘ah, I hate it, but I cannot stop!’” Buckle up, and don’t watch this special with your kids.