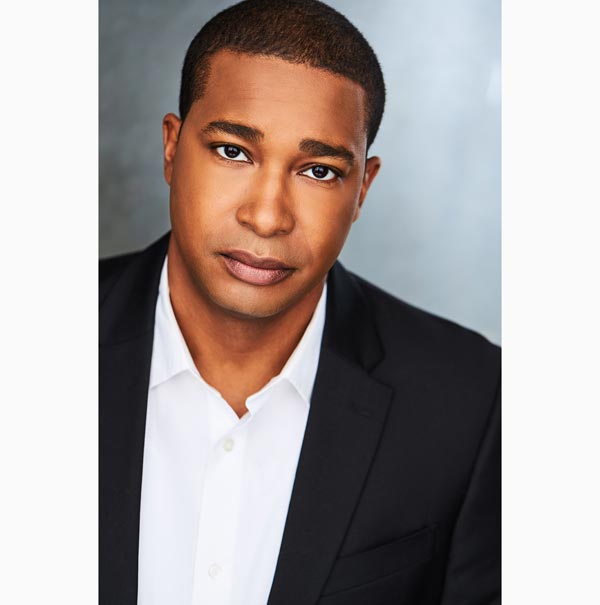 In addition, Knight has several film and TV credits to his name, including Steve McQueen’s Widows and NBC’s Chicago Med, enjoys an extensive commercial and voiceover career, and has performed at The Kennedy Center and the Oregon Shakespeare Festival.

“My work as a professional actor and director is one of my greatest assets as a professor of acting,” Knight has said. “Staying immersed in the rapidly changing theatrical world as well as staying active in the world of on-camera and voiceover work allows me to keep the students connected to the current trends in the industry.

“By continuing to work as an actor and director, I have the capacity to relate to and articulate how to navigate similar experiences the students may encounter,” he adds. “I care as much about the person creating the work as I do ​the work they create.”

Dean Jason Geary says he expects that Knight will bring crucial experience to the esteemed program, whose alumni include Tom Pelphrey and Midori Francis.

“Cameron brings to this role the perfect blend of professional, teaching, and administrative experience,” Geary says. “His success in the industry and his proven dedication as a teacher, along with his compelling ideas for taking this already stellar program to new heights of excellence, make him the right person to lead it into the future.”

Knight also says he hopes to expand the BFA acting program’s commitment to inclusion and diversity on multiple fronts—student and faculty recruitment, as well as selection of and approach to performance material.

Ellen Bredehoft, chair of the Theater Department, says Knight’s “expertise in Shakespeare and classical training, as well as being certified in the Meisner Technique, will continue to provide our students the highest level of training. Cameron brings dedication and compassion that is evident in all aspects of his teaching. We are truly honored to have Cameron join the department and know that he will build upon the legacy that Barbara Marchant has established here at Mason Gross.”

While Knight is new to the Rutgers faculty, the Rutgers acting program is not new to him.

“I have worked in productions with alumni from the program,” he says, “and they are always among the most available, professional, and inventive actors I’ve had the pleasure to collaborate with. To join that community was a no-brainer for me. To be a part of, and contribute to, that energy and artistic family is an honor.”

The Mason Gross School of the Arts Theater Department combines rigorous studio class work with a demanding production schedule to provide students with in-depth training and practice in theater. As a resident troupe of student actors, designers, directors, playwrights, stage managers, and technicians, Rutgers Theater Company’s undergraduate and graduate degree candidates share several classes and production experiences, guided by master teachers and accomplished professionals. The department offers both a bachelor of fine arts and master of fine arts program, as well as a bachelor of arts through Rutgers University’s School of Arts and Sciences.

Established in 1976, Mason Gross School of the Arts is the flagship public arts conservatory of New Jersey and a division of Rutgers, The State University of New Jersey. Founded in 1766, Rutgers is the nation’s eighth-oldest institution of higher learning, a leading Big Ten public research university with more than 71,000 students, and a member of the prestigious Association of American Universities. The Mason Gross School is home to the departments of Art & Design, Dance, Music, and Theater as well as Rutgers Community Arts, Rutgers Arts Online, the Rutgers Filmmaking Center, and the Rutgers Print Collaborative. The school has an enrollment of approximately 805 undergraduates and 257 graduate students across five disciplines, supported by approximately 390 faculty and 66 staff. Students at Mason Gross hail from 29 states and territories and 21 countries. Mason Gross is one of the most selective schools at Rutgers–New Brunswick, ensuring that students have the opportunity to work closely with accomplished artists in their fields.

Rutgers, The State University of New Jersey, is a leading national research university and the state of New Jersey’s preeminent, comprehensive public institution of higher education. Established in 1766, the university is the eighth oldest higher education institution in the United States. More than 70,000 students and 23,400 full- and part-time faculty and staff learn, work, and serve the public at Rutgers locations across New Jersey and around the world.