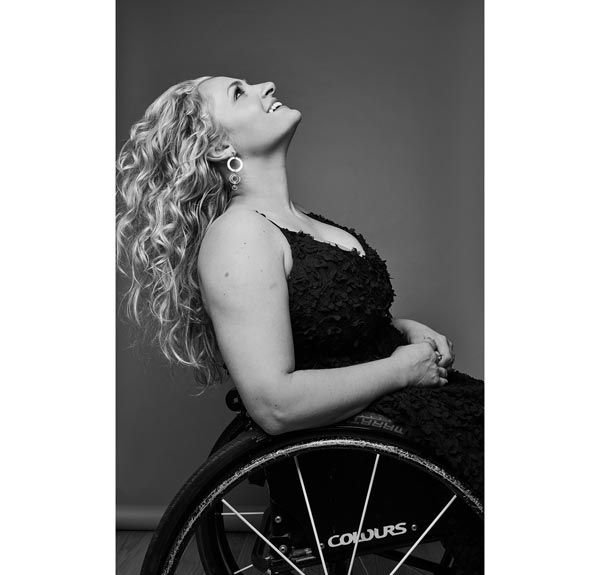 Ali Stroker won the 2019 Tony Award for Best Featured Actress in a Musical for her role as Ado Annie in Rodgers and Hammerstein's Oklahoma! She made history as the first actor in a wheelchair to appear on Broadway in Deaf West’s acclaimed 2015 revival of Spring Awakening. Stroker is an honorary board member of The National Disability Theatre. Ali’s dedication to improving lives through the arts, disabled or not, is captured in her motto: “Making Your Limitations Your Opportunities”.

“Presenting Ali Stroker has been a dream of ours and we’re delighted that she will bring her incredible talent, her energetic grace and amazing voice to Enlow Recital Hall,” said Steve Cochran, Manager of Kean Stage. “In our continuing efforts to make our shows more inclusive and accessible, we’re making live captioning and ASL interpretation available for our patrons with hearing loss and deafness.”

Kean Stage has continued its commitment to offering world-class presentations that reflect the diversity of the arts, audiences and artists. In October, Kean Stage made its return to live performances with The Doo Wop Project and The Acrobats of Cirque-tacular at Kean University’s Alumni Stadium. The following month, Kean Stage hosted the virtual ReelAbilities New Jersey Film Festival in celebration of the lives, stories and artistic abilities of people with all types of disabilities. In December, Kean Stage shifted its focus to virtual Broadway concerts. Andrea McArdle, the 1977 Tony Award nominee for Best Actress in a Musical, was the first to perform on the Enlow Recital Hall stage in nine months.

An Evening with Ali Stroker, a one night only event, will be live streamed from Enlow Recital Hall on Saturday, February 27 at 7:30pm EST. Tickets are $25 and can be purchased online,