“All the world’s a stage,” William Shakespeare famously wrote about the often-helpless nature of the human experience.

Those words could also be a mantra for how the Shakespeare Theatre of New Jersey is navigating the coronavirus pandemic.

With COVID-19 keeping patrons from filling their usual seats, the professional Florham Park theatre group — known for renowned renditions of classic plays by the Bard and other iconic authors — has found two different ways to pump out content. First, the company constructed an outdoor performance space in its backyard to entertain socially distanced audiences last summer and fall.

And now, with the weather turning colder, the theatre is offering newly filmed versions of plays you can watch online.

The series is called “Pandemic Playhouse Entertainment” — or “PPE” for short. (That the initials are the same as the personal protective equipment healthcare workers use to combat the pandemic is actually a coincidence.)

“Two were floating cameras,” explains Bonnie Monte, the theatre’s longtime artistic director. “So you could get a really kind of wonderful hybrid product that feels partly cinematic and partly like you’re watching a play.”

The series opens with three one-act plays by George Bernard Shaw, starting with “Overruled” that ran through Jan. 29, followed by “Passion, Poison, and Petrification, or the Fatal Gazogene” and “Village Wooing.” Those dates are yet to be determined.

Each show is available for $10. Or you can buy a package of all three — a bundle called “Shaw! Shaw! Shaw!” — for $25. A pair of Shakespeare plays are expected to follow in the coming months.

While countless drama companies have turned to online content to stay afloat and keep audiences entertained during the pandemic, this is the first time the Shakespeare Theatre has done so. Its goal: to produce something of quality rather than rushed out of pure necessity.

“I’ve seen a lot of theatres that have almost fallen in this uncanny valley sort of place,” says AC Horton, a director and casting associate who is also Monte’s closest assistant. “And this truly feels like a live performance that you get to be almost closer to.”

It’s another chapter in what has been challenging year for the Morris County playhouse and theatres across the globe, with COVID-19 forcing indoor productions to be canceled, staff members to be furloughed, budgets to be slashed, creative minds to get even more creative, and plans to remain uncertain.

“I have no worries that we’ll hang in and come through strong through this whole thing,” says Monte, who is ironically celebrating 30 years running the Shakespeare Theatre. “But if you ask me how, I’m gonna say: Every day is a whole new chunk of information, and it changes on a daily basis. That’s the hardest part. It’s just not being able to really plan anything.”

Life for the company changed immediately when the pandemic arrived in New Jersey last March and Gov. Phil Murphy shut down businesses, schools, and large gatherings. Not only were the theatre’s upcoming shows scratched, but actors involved in Shakespeare Live! — an acclaimed touring program that performs for schools — were taken off the road and put into quarantine in housing provided by the company. The actors also received a weekly stipend for food and odd jobs to make a living. 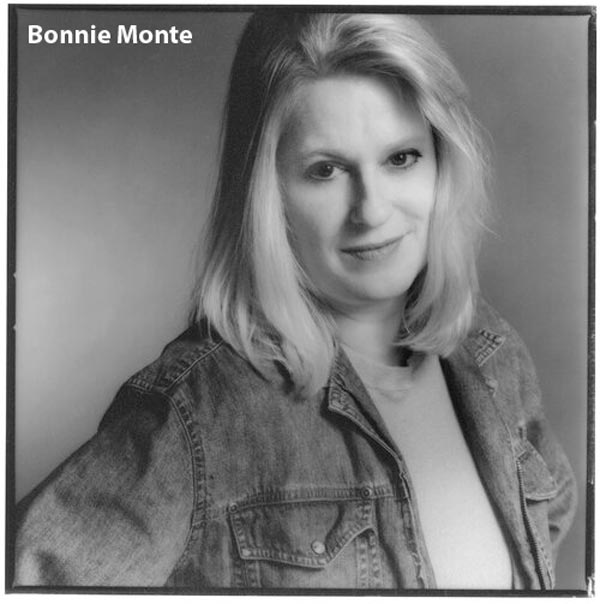 “I said, ‘Guys, we have the housing. Why would I let it sit empty? You need a place to stay,’” Monte recalls.

From the beginning of the shutdown, Monte says, people encouraged the company to put programming online. But she resisted.

“I did not want to rush headlong into something that is not our art form, that we didn’t know that much about and still don’t really,” she explains. “If we were gonna have to face the eventual fate of having to do online programming, I wanted to make sure whatever we would get out there would be of terrific quality.”

Soon enough, serendipity stepped in. Murphy announced New Jersey was increasing its limit on the number of people allowed at outdoor gatherings, from 100 to 250 in June and then to 500 in July.

The theatre responded by building the Back Yard Stage, a sprawling outdoor performance space in front of the company’s storage and rehearsal building. Audience members were required to wear masks and sit on blankets in quartered off areas set at least six feet apart from each other on a large lawn. The productions featured the actors who were living in quarantine.

“We found out we had some very specific and lucky circumstances that were gonna allow us to do actual live theatre,” Monte remembers. “It really was a perfect storm, in a good way, for us.”

“We felt really kind of obligated in a sense, both as artists and as citizens to give that opportunity and make that opportunity possible for people,” she adds. “And there’s no question people are starving for that kind of communal experience live theatre provides, that music concerts and dance, all the performing arts and sports — everything. Those are the things that kind of keep us spiritually balanced.”

The Back Yard Stage hosted six different plays between late July and the end of October, including the three Shaw one-acts and a special four-day Halloween event called “Something Wicked This Way Comes.” Broadway star Kate Baldwin also performed two concerts there.

In the meantime, Monte mulled how the Shakespeare Theatre could transition to online programming in a unique way. She found inspiration in TV series from the 1950s and ’60s — “Playhouse 90” and “Philco Television Playhouse,” which featured recorded productions of stage plays.  Monte remembered her parents watching them when she was a child. 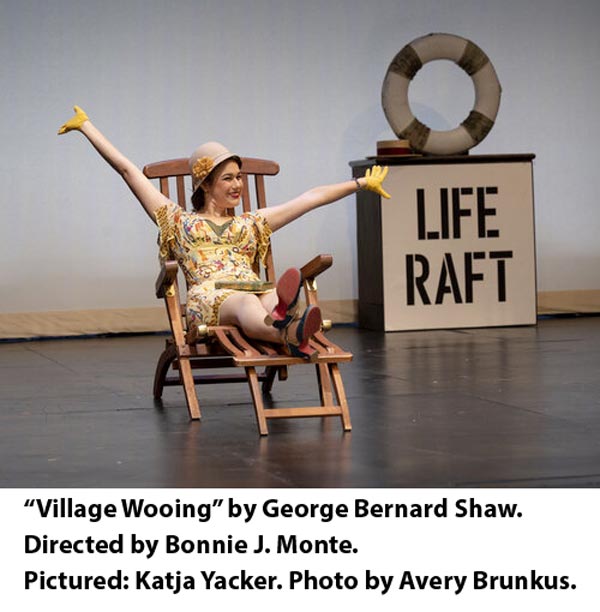 “They would take a play and then rehearse it, direct it, and film it on a soundstage in Hollywood,” she recalls. “That’s kind of what we’ve done. We took three of the shows we had done for our backyard stage, and only a very small portion of our audience got to see those. So we thought, ‘We’ve got three pieces ready to go here. Let’s re-rehearse them, brush them up. Then we will perform them on a stage for an empty house. And we’ll film them.”

Originally, it was going to be called “Pandemic Playhouse.” But the company felt a third word was needed.

“My director of education came up with the word ‘entertainment,’” Monte remembers. “I said, ‘I love that, I love that. It’s perfect.’ Then, we all kind of realized simultaneously sat a staff meeting, ‘Oh, my God. The acronym is PPE.’ And that is a really cool coincidence.”

The theatre hired New York film company Zipline Media to record the plays. And again, they used the in-residence actors who performed in the outdoor productions last year.

“I have to admit, it was one of those things where, when it was done, we thought: Why haven’t we done this before?” said Horton.

Of course, there’s the challenge of doing all of this amid the fear of the pandemic. Horton has the added task of figuring out safety protocols.

“I’ve got to have two separate rooms for people to eat,” she explains. “I’ve got to make sure the actors have these bathrooms and the crew has that bathroom.”

On deck for the online series is a pair of works by the Shakespeare Theatre’s namesake —hour-long productions of “A Midsummer Night’s Dream” (which schools across the globe can stream) and “Julius Caesar,” a play Horton says is “eerily relevant” in today’s political climate. 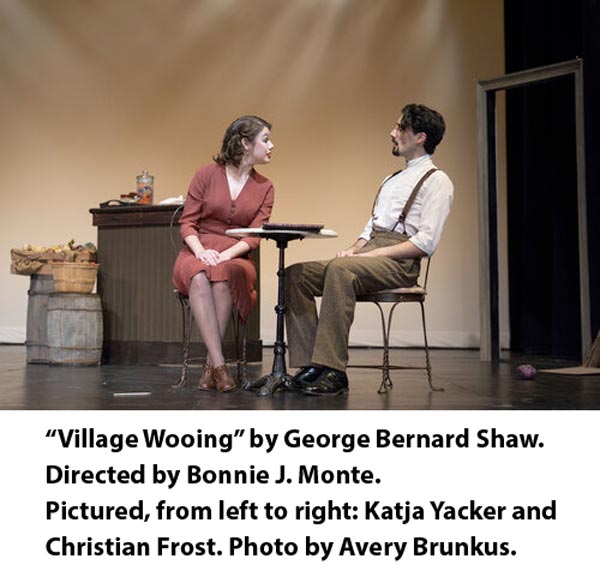 “This was no warning from the future,” Horton, who is directing the production, says of the play. “This is a premonition from the past.”

Meanwhile, with a return date for indoor productions still uncertain, the theatre is planning to revive its backyard stage in the spring. There’s also a hope to put on productions at its usual outdoor stage, the amphitheater at nearby Saint Elizabeth University.

Monte admits the Shakespeare Theatre has been “luckier than most” drama companies during the pandemic because of income from not only the backyard stage and online programming but online book clubs and a silent auction it has hosted.

“We’ve tried to keep our constituents as supplied as much as possible with cool, fun things,” the artistic director says.

“We’re down to half everything basically,” Monte says. “I think this year’s gonna be harder than last year, frankly.”

In the meantime, the show will go on, either outdoors or online.

“I think we took so much for granted before,” Horton says. “And people will have a hunger for that human connection and being together to hear a story.”


originally published: 02/06/2021
About the author: Brent Johnson is a pop-culture-obsessed writer from East Brunswick, N.J. He's currently a reporter for The Star-Ledger of Newark. Before that, he was a longtime entertainment and music columnist for The Trenton Times. His work has also been published by Rolling Stone, Sports Illustrated On Campus and Night & Day Magazine. His favorite musical artists: Elvis Costello, Billy Joel, The Smiths, Roxy Music, Dave Matthews Band, The Beatles, Blur, Squeeze, The Kinks. When he's not writing, Brent is the lead singer in alt-rock band The Clydes
Content provided by Discover Jersey Arts, a project of the ArtPride New Jersey Foundation and New Jersey State Council on the Arts.