Dave Vargo and Sahara Moon To Take Part In First "Not Quite Nashville" Song Swap On Saturday, January 30
By Gary Wien 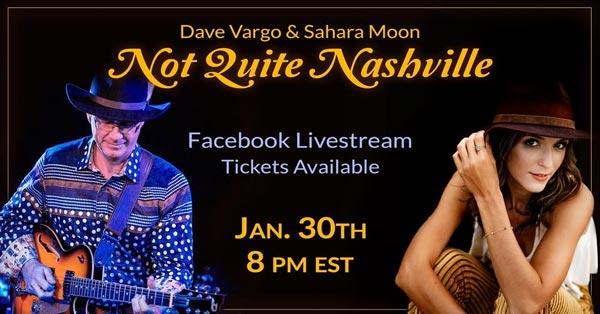