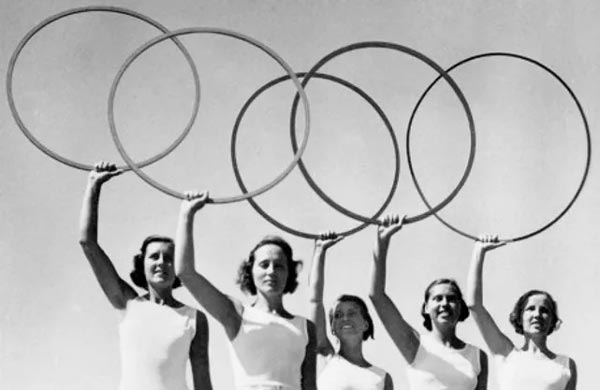 (HACKETTSTOWN, NJ) -- Centenary Stage Company has announced its cast for the upcoming world premiere of Darrah Cloud’s Turning running March 26 through April 5 in the Edith Kutz Theatre of the Lackland Performing Arts Center at 715 Grand Ave. Hackettstown, NJ. The play takes place in the heart of 1930s Newark, NJ where a group of scrappy young women began to train in backyard gyms for what would become the experience of a lifetime, the controversial 1936 Berlin Olympics.

Making his Centenary Stage Company debut is Elijah Coleman, who plays four-time Olympic Gold Medalist Jesse Owens. Coleman was born and raised on Long Island New York. He recently completed his master degree in the fine arts at Mason Gross School of the Arts. In addition to this, Coleman studied in London at the Shakespeare Globe and also Broadway Dance Center in the professional Intensive Program. He has performed in Russia, Canada and at the National Black Theater Festival.

Directing the world premiere of Turning is Margo Whitcomb. Whitcomb is a theatre artist, administrator and educator living in Vermont. Whitcomb’s former Centenary Stage Company projects include the 2016 production of Start Down as well as various past Women’s Playwright Series readings. Her most recent work was a production of Good Kids with Northern Vermont University, a regional tour of The Santa Land Diaries and Shakespeare’s Will, a one woman show with Lost Nation Theatre.

Turning is written by award winning playwright Darrah Cloud. Cloud is currently working on a new musical, SABINA, which will be produced at Portland Stage in Maine in May, 2020. Last year, she wrote a site-specific play on the lives of Frederic and Isabel Church for the Olana Historical Site in Hudson, NY in collaboration with the Ancram Opera House. Her most recent full-length play, OUR SUBURB, premiered at Theater J in Washington, DC in 2014 and was recently produced at Center Stage in Rochester. Her play for teens, JOAN THE GIRL OF ARC, premiered at Cincinnati Playhouse in January, 2014. Her plays are published by Dramatic Play Publishing and she has won numerous awards, including the Macy’s Prize for Theatre for Young Audiences, an NEA and a Rockefeller. She has had over 10 movies-of-the­-week produced on CBS and NBC, is a proud alum of the Iowa Writers Workshop and New Dramatists. She co-directs (with David Simpatico) Howl Playwrights in Rhinebeck, NY.

Centenary Stage Company’s production of Darrah Cloud’s Turning runs March 26 through April 5 in the Edith Kutz Theatre of the Lackland Performing Arts Center at 715 Grand Ave. Hackettstown, NJ on the campus of Centenary University. Specific performance dates and times are: Thursdays, March 26 and April 2 at 7:30 PM; Fridays, March 27 and April 3 at 8:00 PM; Saturdays, March 28 and April 4 at 8:00 PM; Sundays, March 29 and April 5; and April 1 at 2:00 PM.

A special Dramatist Guild event will be held on March 29. Meet with the guild, before the show, for a special luncheon and have the opportunity to meet Darrah Cloud, after the 2:00 PM show.

Tickets range from $27.50 to $32.00 for adults with discounts available for students, seniors and children under 12.  Centenary Stage Company offers a variety of special ticket offers and discounts in conjunction with the production of Turning. Thursday evening performances offer patrons a buy one/get one rush ticket special. The BOGO offer is only valid for in-person sales at the CSC box office beginning at 5:30 PM on the night of the performance and is not available for advance ticket sales on-line or over the phone. Centenary Stage Company also offers a Buffet Matinee for the Wednesday, April 1 2:00 PM performance. Buffet Matinees are available to groups of 25 or more and must be reserved in advance. Call the box office directly at (908) 979 – 0900 for more information or to reserve.  Finally, Centenary Stage Company offers a special $5.00 Student Rush Ticket available to students from any school for any Friday evening performance with a valid student ID. $5.00 Student Rush Tickets are only available in person at the CSC box office on the day of the event and not available for advance ticket sales, on-line or by phone.

Centenary Stage Company’s World Premiere of Darrah Cloud’s Turning is sponsored in part by The House of the Good Shepherd and Heath Village Retirement Community. It is presented in collaboration with the New Jersey Theatre Alliance and the NJPAC Stage Exchange.