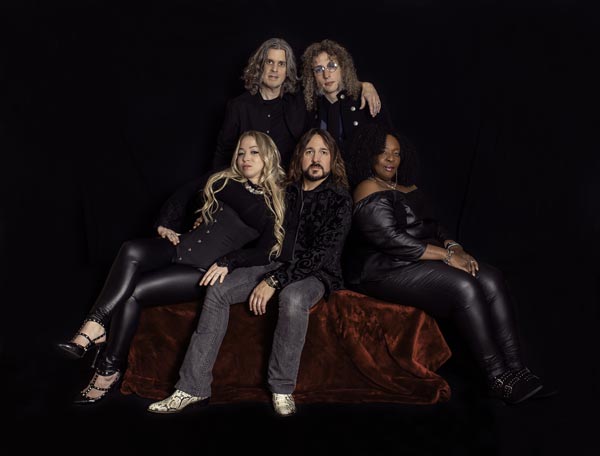 Shortly after releasing their new album, “Live at the Stone Pony!” and in the midst of touring, the Matt O’Ree Band somehow found the time to record not one but two new singles.  The New Jersey-based rockers have received a lot of positive feedback after their most recent midwest tour and are in the process of writing new songs. The new singles are a departure as Eryn, bandleader Matt O’Ree’s wife, is singing lead.

The new songs will become available to the public on all streaming services on Wednesday, July 31st when the band will celebrate its new songs with a performance at the Hopewell Theater, 5 S. Greenwood Avenue, Hopewell, NJ. Tickets are available on the Hopewell Theater website. Opening for Matt O’Ree Band is fellow New Jersey rockers the Mad Kings.

The songs are also co-written by John Ginty, the B3 organ player for the Allman Betts Band and the Dixie Chicks, O’Ree, Eryn, and drummer John Hummel. The band is joined by bass guitarist Lex Lehman on the recorded tracks. The singles are produced by Ginty and engineered by Ben Elliot at Showplace Studios in Dover, NJ. Elliot famously worked with artists like Keith Richards, Warren Haynes, and Steve Miller, to name a few.

The first single “Without You” is a slower mid-tempo rock song that starts with a drum beat reminiscent of Led Zeppelin's “Fool in the Rain” that builds into the well-known rock sound of the band. The lyrics talk about how the world would be a dark place without our daily inspirations. In a recent performance, Eryn stated: “I wrote these lyrics for my daughter, Emily, so she always knows the beauty she brings to the world.”

The second single “Through Time With You” is a more upbeat rock tune with a driving groove.

In a recent radio interview, O’Ree talked about how this song came together, “It was really John Ginty...he had the idea...he said you’ve got all this horsepower wrapped up with Eryn on stage...maybe we could do a collaboration.”

These singles are an indication that the band is moving in a new direction forming a powerhouse team blending Eryn’s dynamic vocals with O’Ree’s gritty vocals and unparalleled guitar. According to O’Ree, “Both songs really called for Eryn’s ability on vocals, which also brings a new facet to the Matt O’Ree Band. With the growth of the band since 2015, as far as members go, adding Eryn and Layonne has been such a blessing and an incredible rise in the talent category, bringing the band to a whole new level. A must see in my humble opinion.”

O'Ree spoke with New Jersey Stage about the tour - the band's first real tour in five years in March 2019.

You can find more information about Matt O’Ree Band’s upcoming performances at www.mattoreeband.com.