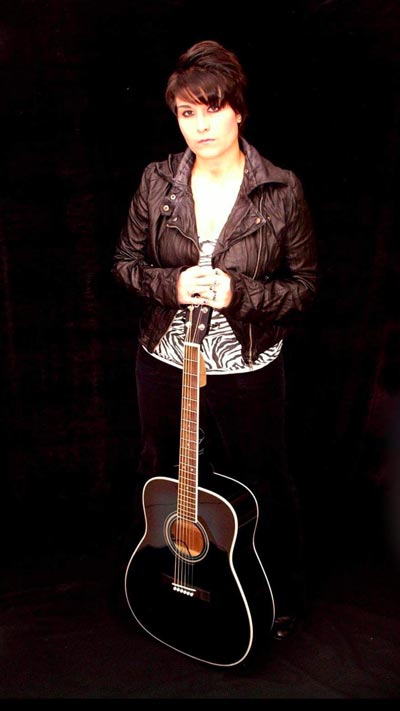 Sabrina Fallah is an indie recording artist from Ottawa, Ontario Canada who has worked with producers such as Stuart ("Boogie with Stu") Epps, Chris Birkett and Kent Wells who has recently she released her next round of music, an EP titled, "Kiss Is a Killer."

A neat little five song collection of diversity wrapped in a power pop package of rock infused melodies linked together by one common thread; her interesting yet steady voice.

"Kiss Is a Killer," the title track occupies the opening slot. Starting off with guitar then joined by a slow steady drum beat which gives this tune its grit; this is where the vocal gets interesting. Fallah seems to cover a spectrum of emotions from, tough to seductive yet vengeful and submissive ("I'm Tokyo to your Godzilla") as she runs an aural gamut throughout this number. The vocal seems much enunciated at times, almost perfectly stated and then at others she really  lets go, giving this track a different feel around every groove. There's a sweet little breakdown after a nice guitar interlude which then explodes back into the chorus. A well placed and nicely constructed piece.

"Stuck Up," is a cut that is very reminiscent of 80's or 90's pop; think Tiffany meets any Nickelodeon Cartoon Network theme song and you'll get a grasp of this one. Upbeat and vocally on point, this one has your toes tapping from start to finish and recalls images of anklet socks and lace finger-less gloves; an overall fun ditty.

"Didn't Last" is the third track and it doesn't take long to switch gears from a semi-haunting intro with tribal drum rhythms and Fallah begging to be set free ("Release me...") to a hard driving rock beat which morphs into a searing guitar solo and back down in a dynamic shift akin to a bump in the road before taking back off and reaching its end. Well done tune and a nice attention grabber due to its edginess.

"Paradise Comes With a Price" showcases Fallah's solo acoustic side and this song, although  very catchy seems to challenge her vocally a bit as it appears at first listen that she is searching for a certain mark that eludes her. Regardless of the vocal, the song itself shows her ability to kick it up a notch acoustically which is a nice change of pace and serves as a bridge to the final offering.

The fifth and final tune is, "Hurt"  and it is a total reversal from the power of the previous tracks. This is all Fallah as she shows a bit of vulnerability in this stripped down acoustic track highlighting her skill as a lyricist; a nice change of pace that fits perfectly in the fifth position on the disc; a great way to close the EP.

"Kiss Is a Killer" is an upbeat EP with many positives and an overall pop rock sound that would fit well in many a record collection and can be found along with more information about Sabrina Fallah at www.sabrinafallah.com