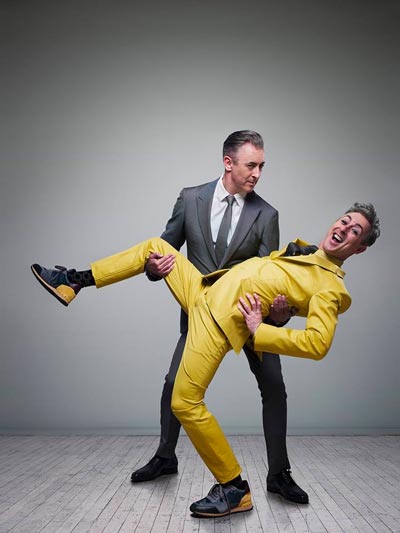 “Legal Immigrant” is a celebration of Cumming’s first decade as a U.S. citizen — but also, he says, an effort to celebrate immigration and wipe away the stigma surrounding the issue these days.

The 53-year-old New York City resident even lists the country of origin of the composers and original performers of the songs in show.

He also sings a medley of Disney princess songs.

Culture Vultures: So when you were growing up in Scotland, did people there know about New Jersey’s reputation as New York’s red-headed stepchild? 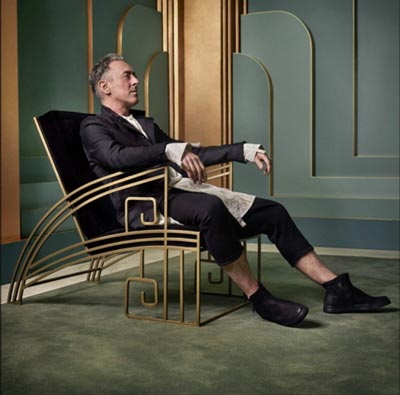 CV: What’s the genesis of the show you’re bringing to New Brunswick? How did it come about?

AC: I wanted to do a new show, and I had a collection of songs I wanted to sing. And also, I became a citizen 10 years ago, and I’ve seen a marked change in the way immigration is looked at in that time — especially the last couple of years.

But it was really when I read that the (U.S.) Department of Immigration had taken the phrase “nation of immigrants” off the official website. It just seemed to me like a shocking rewrite of history. We are a nation of immigrants. Now this administration is trying to remove that from the history books.

That I found, on many levels, shocking. So that is what really made me want to do a show that was about my experience being an immigrant but also a celebration of immigration.

(EDITOR’S NOTE: Earlier this year, the federal office of U.S. Citizenship and Immigration Services revised its mission statement online. The website previously said the agency’s goal was to secure “America’s promise as a nation of immigrants.” It now says the agency “administers the nation’s lawful immigration system.”)

CV: You became an American citizen right around the time Barack Obama was elected president. Are you surprised at how the country is now compared to then?

AC: It’s mind-blowing. It really is — mind-blowing. It was an exciting time. It definitely was a time of change and hope and optimism and positivity in the country. And to become a citizen of the country in that time and that spirit, it was really a great time.

And now, I imagine, becoming a citizen at this time in the country, when really the whole notion of immigration is being really derided … That’s also why I called the show “Legal Immigrant” — I wanted to point out that it doesn’t really matter what the prefix is, being an immigrant anymore gets such a bad connotation. I just think it’s incredible this country has come so far so fast.

And to sort of deny this country is a nation of immigrants and that immigration has not been an integral part of America, I think it’s anti-American. It’s an un-American thing to do. It’s just galling to think that people can be so led and deluded by this sort of rhetoric. 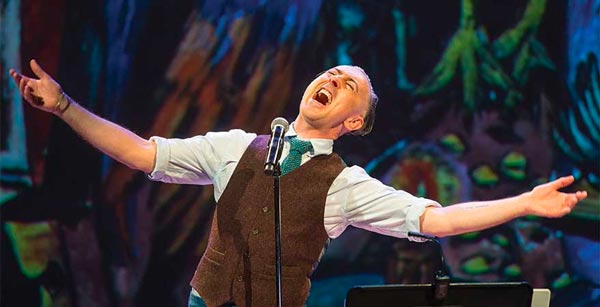 CV: Some people would say artists should stick to what they do best and not talk about politics. What do you say to them?

CV: So, I’ve read you discuss “scrotal aging” in this show. Is there anything else in the show that is being said for the first time ever on stage?

AC: (laughs) I don’t know. I think “scrotal aging” is the most new and extreme thing. The show is a combination of me talking about my experience being an immigrant … The composers of the songs I’m singing — I list their provenance and their immigration status. I talk about other things about getting older.

I also talk about eating placenta. That might be a new thing, as well.

CV: You also sing a lot of songs in the show that were originally performed by women. Was that intentional?

AC: It sort of started not to be on purpose and then it kind of did. I sort of realized: I’m gonna celebrate women as well as celebrate immigrants. When I sort of embraced that, there were all these other great songs that I could find and include.

CV: When you were growing up in Scottish countryside, was it difficult to find theatre, and especially musical theatre? Did you have to seek that out?

AC:  I didn’t really go to the theatre when I was a little boy. At Christmas, we’d go to a pantomime. But I actually feel the reason I became an actor was not to do with performance. It was to do with the sort of play-acting. I really understood and enjoyed the idea of pretending to be someone else. I didn’t actually realize you did (it) as a job. I liked it first, before I realized it was something you did in public. 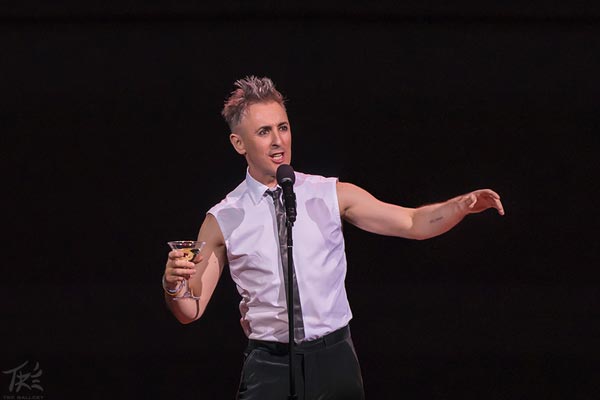 CV: I’m 35, and a lot of people from my generation first saw you act when you appeared in “Spice World.” First, that’s an underrated movie. Second, do you have many memories from working with The Spice Girls?

AC: Oh sure. It was an amazing time, because they were at the height of their superstardom and still kind of having fun with it. I had been in Hollywood making a couple of films, and I was back in London. I had just worked for Stanley Kubrick (in “Eyes Wide Shut”), and I had a real fun summer of just kind of being with The Spice Girls every day. My biggest memory is learning the dance moves to The Spice Girls’ songs from The Spice Girls.

CV: I think you may be the only person to work with Stanley Kubrick and then The Spice Girls.

CV: Do you have a favorite role you’ve played?

AC: No. No. There’s certain roles that sort of stand out. But it’s a difficult thing to say, because I try to just focus on the present. There are certain roles that I look back on with certain feelings, but it’s usually just the experience you had at the time doing those things. I sort of try and just move on when I finish something and also give everything the same gusto.

CV: Getting back to this show, has the reaction varied from place to place? We have many political factions across this country. Has it differed in each city?

AC: Yes, definitely. I’ve been all over — I’ve been in Kansas, then California, here in New York. It’s been sort of a varied, eclectic tour. I think also if you’re gonna see a show by me and it’s called “Legal Immigrant,” I think you have some idea where I’m gonna be on the spectrum with it.

What I really like is when I talk to people afterwards and they say, “Well, I was a bit resistant to some of the things you said, but I actually understand.” I think the biggest thing is: I think people really need to hear someone saying, “Listen, we are a nation of immigrants and it should be something we’re proud of and embrace, and all this rhetoric that’s happening right now is not what this country’s made of. It’s absolutely the antithesis of how we are.” We’ve got to realize that. There’s certain things that could change. But we cannot just deride the notion of immigration. And I hope the songs I sing in the show shows they’re all immigrants, and they’ve given us so much.

CV: Last question. Where do you keep your Tony award?

I feel like I want them to be displayed. But I don’t want to have them on display in my home. When I go down to the basement, I know they’re there. And people that go to my laundry would see them. (laughs) I think it’s a good way to give them value but not to let them define me.


originally published: 09/27/2018
About the author: Brent Johnson is a pop-culture-obsessed writer from East Brunswick, N.J. He's currently a reporter for The Star-Ledger of Newark. Before that, he was a longtime entertainment and music columnist for The Trenton Times. His work has also been published by Rolling Stone, Sports Illustrated On Campus and Night & Day Magazine. His favorite musical artists: Elvis Costello, Billy Joel, The Smiths, Roxy Music, Dave Matthews Band, The Beatles, Blur, Squeeze, The Kinks. When he's not writing, Brent is the lead singer in alt-rock band The Clydes
Content provided by Discover Jersey Arts, a project of the ArtPride New Jersey Foundation and New Jersey State Council on the Arts.