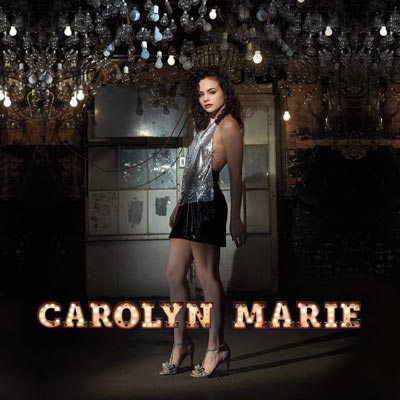 Having released her self-titled debut LP on July 1, dance-pop diva Carolyn Marie will play the after party of the sold-out Stone Pony Summer Stage show Boy George & Culture Club on Aug. 3 inside the club.  Also featured in this week’s Scene Report is a look at the new songwriters circle at Clancy’s Tavern in Neptune that kicks off July 26 and continues monthly.

Well, it’s been a fun summer for Hunterdon County-raised dance-pop diva Carolyn Marie. Having dropped her self-titled debut album earlier this month, she is playing after the sold-out Boy George & Culture Club Stone Pony Summer Stage show on Aug. 3 inside the club. If you couldn’t get the $50 tickets before they were gone, Marie has them for only $35 online. Hit her up!

A Rutgers-trained dancer who taught the craft for years before signing as a singer and songwriter with Steve Tarkanish Management, the force behind The Nerds, Marie is backed by drummer Sean Farrlley, bassist Stephen Mir, and guitarist Zach Loss, who produced her album. Look for them to announce fall tour dates soon ...

Another songwriters circle has blessed the Asbury Park area and will kick off July 26 at Clancy’s Tavern in Neptune with Arlan Feiles, George Wirth, Regina Goldy and monthly host Jonathan Tea. Like the “Let’s Get Folked Up” that rotates around AP, the Nashville-style in-the-round listening room will continue Aug. 30 with Genevieve, Dave Vargo, and Kim Boyko; Sept. 20 with Williamsboy, Renee Maskin, and Jamie Coppa; Oct. 25 with James Popik, Mike Montrey, and Pamela Flores; Nov. 29 with Michael Patrick and more artists to be announced, and Dec. 13 with Chris Brown, Michael Askin and more. Click here for more info …

After years in NYC and L.A., Manasquan-raised vocalist Chris Pinnella has moved back home to the Jersey Shore and now is based in Asbury Park. He will be performing there on July 28 at House of Independents. A member of Trans-Siberian Orchestra for several years, Pinnella now is fronting is own big band. He and a 15-piece orchestra will present “Re-Define, Re-Imagine,” new arrangements of songwriting greats, such as Bruce Springsteen, Billy Joel, Leonard Cohen, Jeff Buckley. Jimmy Webb, as well as numbers by everyone from Ennico Morricone to Led Zeppelin, Andrea Bocelli to the Righteous Brothers. A highlight also will include a mash-up of Lucio Dalla’s “Caruso” and Michel Colombier’s “Emmanuel.” ’Pinnella’s rich baritone has been compared to Josh Groban and Michael Buble. His orchestra will include Symphony X keyboardist Michael Pinnella and Vitamin String Quartet violinist Amando Lo …

If you’ve had kids in the last 20 years, you’re probably familiar with popular Jersey children’s performer Mr. Ray, aka Ray Andersen. But long before his kid-rock act, Andersen was in the Stone Pony house band Cats on the Smooth Surface with Bobby Bandiera, Glen Burtnik, Fran Smith of The Hooters and co-founding keyboardist Peter Schulle. Occasionally, Andersen still makes music for grownups and one such occasion will be July 28 when he rocks McLoone’s Pier House in Long Branch as part of an acoustic duo with Paul Geiger. They’ll perform classics from the ’60s to the ’90s, but hopefully, they’ll also perform Andersen’s great new original tune, “I Think about You (Song for Vienna).” A heartfelt look at a parent’s loss of a toddler, Andersen wrote the music to Denise Wunderler’s telling lyric.

Bob Makin is the reporter for www.MyCentralJersey.com/entertainment and a former managing editor of The Aquarian Weekly, which launched this column in 1988. Contact him at makinwaves64@yahoo.com. And like Makin Waves at www.facebook.com/makinwavescolumn