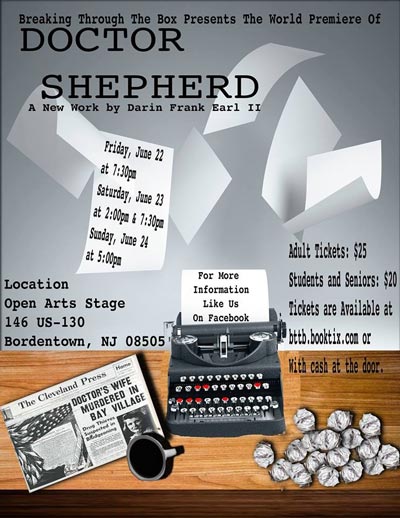 If you’re looking for something out-of-the-ordinary to do this weekend, I suggest seeing the world premiere of “Dr. Shepherd,” staged by Breaking Through the Box Theater Company at Open Arts PAC in Bordentown.

Written by Darin Frank Earl II, “Doctor Shepherd” is a theatrical drama based on the sensational 1954 real-life murder of Marilyn Sheppard and the subsequent trials of her husband, Sam.

Instead of focusing solely on the crime or the court cases and their outcomes, Earl’s interpretation goes deep into the relationships of the people around the couple and examines the ways they are impacted by the murder and its aftermath.

Earl first learned of the Sheppard case in his Communication Law class at Rider University.

“We studied the case for about a week in class,” Earl said, “but I was very curious and continued to research it.”

At first, Earl was most drawn to the press component and the ways in which the media played a considerable part in how the story unfolded. But the more he learned, the more Earl’s interest increased.

“There were so many details, so many unanswered questions,” he said. 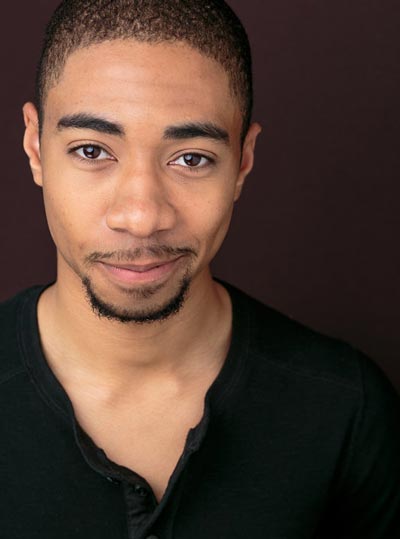 To keep the boundary clear between his creation and the actual events, Earl changed the spelling of the primary characters’ surname from Sheppard to Shepherd.

“The Sam Sheppard cases were the inspiration, but I wanted to allow myself creative liberty and to avoid incriminating Sheppard,” said Earl. “There is still a lot of gray area.”

Liz Carlin, director of “Doctor Shepherd” and Producing Director of Breaking Through the Box Theater Company (BTTB), emphatically agrees. “It’s a compelling story,” she said. “Even to this day, more than 60 years later, it remains unresolved.”

Carlin, who, with Artistic Director Justin Giachetti, oversees BTTB company, felt that “Doctor Shepherd” was a good fit for BTTB.

“We are a nonprofit theatre company that’s been around since 2016,” said Carlin. “and our mission is to showcase new works and new artists, as well as to revitalize some of the older, less-often-produced works.”

And while the play meets that criteria, it still seems like the story of a decades-old, emotionally charged murder case might be considered unusual subject matter for an almost-summer presentation.

“I really pushed for it,” she said. “It speaks to the positive and negative power of family, which is the theme for the season, and explores how family can be people we choose as well as our family of origin.” 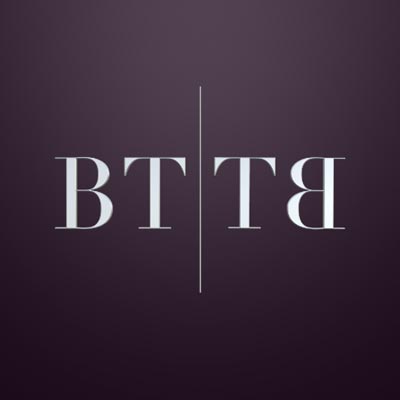 “The writing is simple and poignant, and Darin has been open to ideas from the cast as we went along,” she added. “It’s been highly collaborative.”

Earl agrees. “It wasn’t substantial – four scenes and a monologue – when I first presented it,” he said. “But the cast welcomed me with open arms and I found inspiration from talking to them about their characters.”

I asked him if he thought his play fit into the family theme and Earl admitted he was initially skeptical.

“I thought it was a bit of a stretch,” he said. “The core of the story is not about family.” But, as the script developed, he changed his mind.

“In this story, we see how fragile close relationships can be,” he said, “and that connections to friends can be stronger than family ties.”

Last year’s theme was “Men vs. Women,” and next season they will dive into the topic of “Innocence and Adolescence.” I commented to Carlin that the company clearly does not shy away from bold subject matter.

“We do like to shake things up.,” she said. “We really want to introduce more experimental types of art into the community.” 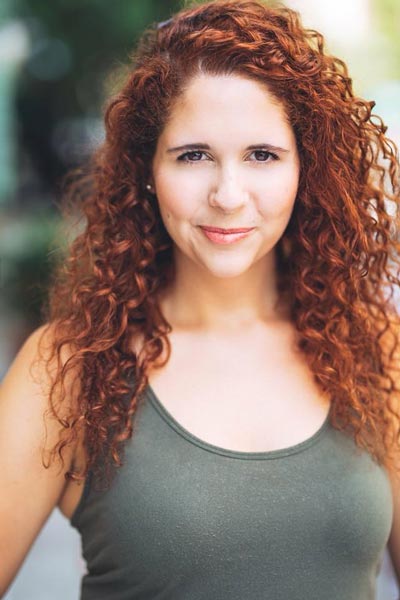 And soon the community will be growing. Come next season, an exciting artistic partnership in the form of a long-term residency will begin between BTTB and Open Arts PAC.

For BTTB, it provides a base with an organization and in a place that shares its vision and philosophy. “We love what Open Arts is doing,” Carlin said. And while the company has a solid reputation and a devoted following, they look forward to broadening their scope.

“We have a small group that knows who we are, but we’ve never had a home,” she said. “Now we will be reaching out to the community where we are based.”

In addition to holding auditions, rehearsals and performances at Open Arts, BTTB will also help further both groups’ goal of providing education-based experiences. “Our company is full of well-rounded, versatile people with a lot of knowledge to share,” Carlin said. And plans are already underway to make the most of these resources.

“For example, at Open Arts we plan for BTTB to offer a once-a-quarter workshop covering theater skills such as playwriting, auditioning and acting techniques,” Bennett explained. “Programs like this expand on what we’re already doing.” 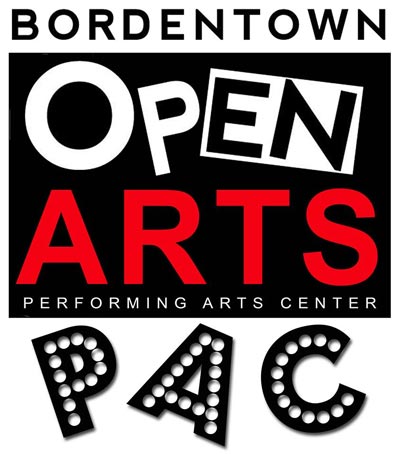 Since Open Arts began in 2012, they have worked together with several affiliated companies, but a residency takes the relationship to another level. “BTTB is as our first affiliated company to do a residency,” Bennett said, “and joining together creates greater opportunities for both groups.”

“With us under the same roof more regularly, Open Arts will have greater access to the talents and experience of the BTTB artists and the company will have a go-to place, a home.”