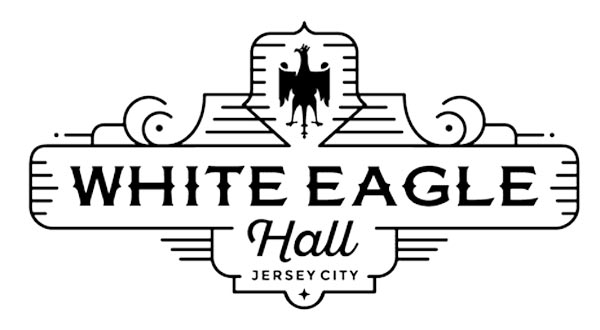 (JERSEY CITY, NJ) -- In the New Year, White Eagle Hall continues an exciting schedule of events for everyone for everyone. Originally constructed in 1910 and reopened in 2017 after a multi-year, multi-million-dollar renovation, the 800-person capacity music venue in Jersey City currently has nine shows scheduled this month.

1/21/2023 - Gimme Gimme Disco: Calling all Dancing Queens! If you can’t get enough ABBA then do we have a dance party for you. We’ll be playing all your favorite ABBA hits, plus plenty of other disco hits from the 70s & 80's like The Bee Gees, Donna Summer, & Cher (DISCO ATTIRE ENCOURAGED). So honey honey, take-a-chance and you’ll be dancing all night long.

1/24 & 1/25 - truTV’s Impractical Jokers; Q, Murr, Sal Podcast Show (Early + Late Shows): Brian Quinn (Q), James Murray (Murr) and Sal Vulcano are the Creators, Executive Producers, and Stars of truTV’s hit series, Impractical Jokers. Now in its 10th season, Impractical Jokers is a hidden camera comedy show that follows Q, Murr and Sal as they compete to embarrass each other amongst the general public with a series of hilarious and outrageous dares.

1/28/2023 - Joe Bataan: Joe Bataan is the originator of the New York Latin soul style that paralleled Latin boogaloo and anticipated disco. His musical experience began with street corner doo wop in the 1950s, and came to include one of the first rap records to hit the charts, 1979's "Rap-O, Clap-O." In between these milestones, he recorded classic albums like Saint Latin's Day Massacre, a perennial favorite in the salsa market, Salsoul, which gave the record label its name and helped spark the national explosion of urban dance music, and Afrofilipino, which included one of the very earliest New York disco hits, an instrumental version of Gil Scott-Heron's "The Bottle."

Performing songs created by the most iconic musicians in rock history, The Rock and Roll Playhouse band offers its core audience of families with children aged ten and under games, movement, stories and an opportunity to rock out in an effort to educate children and explore their creativity. The Rock and Roll Playhouse is an early and often first introduction to a child’s lifelong journey with live music and rock and roll.

2/4/2023 - Sun Ra Arkestra: The Sun Ra Arkestra is an American jazz group formed in the mid-1950s and led by keyboardist/composer Sun Ra until his death in 1993. The group is currently led by saxophonist Marshall Allen, an Arkestra member since 1958, who is supported on-stage by more than a dozen other musicians.

2/10/2023 - Mystic Bowie's Talking Dreads: On “Life During Wartime,” the first single from Talking Heads’ 1979 album Fear of Music, David Byrne famously sang the immortal lyrics, “This ain’t no party, this ain’t no disco...no time for dancing...” Yet all those anti-fun declarations go gleefully out the window when Mystic Bowie, aka the “Head Dread,” takes the stage, re-imagining and infusing fresh life into the Talking Heads’ classic catalog with his high octane mix of roots reggae, ska and lover’s rock.

2/11/2023 - The Jersey J-Cup: Game Changer Wrestling and Jersey Championship Wrestling team up to bring back the Jersey J-Cup! This prestigious tournament features the very best in Independent wrestlers from around the world vying for in-ring supremacy. Part 1 (2PM Show) and Part 2 (8PM Show) are on sale now.

Guests can purchase tickets for all upcoming shows by visiting whiteeaglehalljc.com. For the most up-to-date news on event announcements, follow White Eagle Hall on Twitter, Instagram and Facebook. White Eagle Hall is located at 337 Newark Avenue in Jersey City, New Jersey.

Please note that all shows are subject to change; visit whiteeaglehalljc.com for more information.

White Eagle Hall is a historic 8,000-square-foot live performance and private event venue in Jersey City, NJ which hosts live performances and private events before an 800-standing and 350-seated capacity audience. Originally constructed in 1910 and reopened in 2017 after a multi-year, multi-million-dollar renovation, the venue has hosted a variety of notable artists over the years including The Front Bottoms, Mitski, Kamasi Washington, Japanese Breakfast, The Bouncing Souls, Parquet Courts, Yo La Tengo, The Mountain Goats, Thursday, Screaming Females, Spoon, Waxahatchee, The Mighty Mighty Bosstones, Guster, Built to Spill, New Found Glory, and many more. White Eagle Hall has presented numerous sold out shows, community events, theater productions, and private events. As of 2021, the venue is operated by the entertainment, management and booking team at Prudential Center.