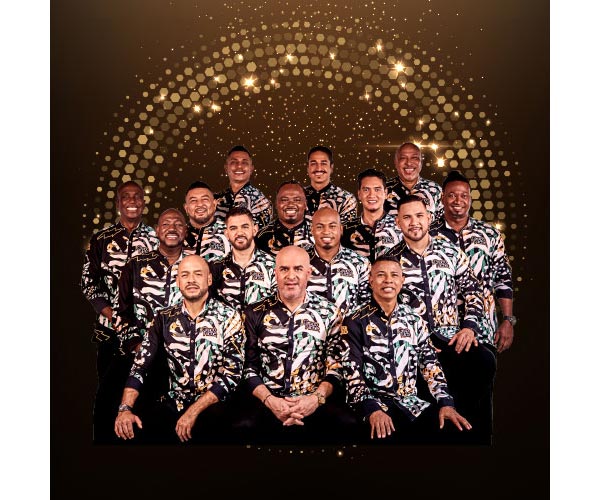 Known as El Sonero de la Juventud (“The Singer Of Youths”) by his fans, Victor Manuelle's musical specialty is salsa romántica or "salsa monga." During his career, Manuelle has released 19 albums, has received multiple Grammy® and Latin Grammy® nominations, and has had multiple #1 albums on the Billboard Latin Album chart.

Manuelle was born in New York City, but was raised in Isabela, Puerto Rico where his career began. At a high school graduation party, Manuelle was pulled on stage to sing by salsa performer, Gilberto Santa Rosa, who was truly impressed. Word spread and soon after, Puerto Rican bandleader Don Periñon invited the teenage Manuelle to join him as a backup singer.

Manuelle became a staple of mid-90's tropical and salsa music. His first two albums, Justo a Tiempo and Sólo Contigo, released in 1993 and 1994 respectively, spawned some of his most popular hits including “Estás Tocando Fuego” and “Apiádate de Mi.” His albums, Victor Manuelle (1996) and A Pesar de Todo (1997) each spawned multiple number one hits including “Volverás” and “Dile a Ella.” Both albums were also each RIAA Certified 2x Platinum, selling over 1,000,000 copies combined.

Founded in 1980 by Jairo Varela and Alexis Loano in Bogota, Colombia, salsa group Grupo Niche is one of Latin America's most popular acts. Grupo Niche’s first major success was the release of Querer es Poder and the single “Buenaventura y Caney.” In 1984, the band produced its signature song “Cali Pachanguero,” a hit tribute to the world salsa capital. Other hits include “Cali Ají,” “Sin Sentimientos,” “Una Aventura,” and “Gotas de Lluvia.”