Opening with “Home,” Bonoff stands strumming her acoustic guitar as she’s accompanied by Gerber on electric. Sounding resonant and focused, Bonoff sings, “And home/Sings me of sweet things/My life there has it’s own wings/To fly over the mountains/Though I’m standing still,” on this country waltz that dances across the theater. 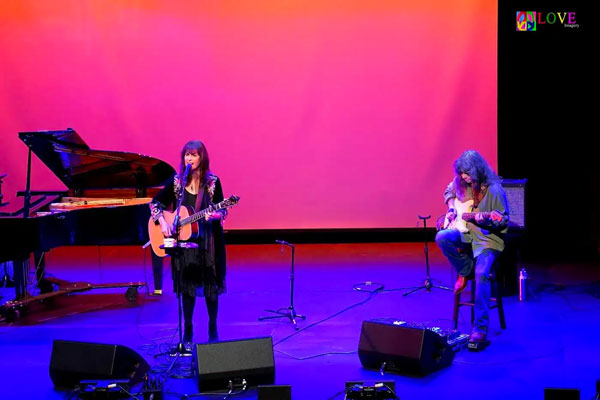 The crowd cheers, and Bonoff and Gerber launch into “I Can’t Hold On” where Bonoff vocalizes, “I’m walking down the road/And you’ve just got to let me go/Cause I can’t hold on” on this appealing country-rocker.

Bonoff tells concertgoers that although she wrote her next song for a movie, it was never used in a film. On “Baja Oklahoma,” Bonoff’s soulful voice calls out over her softly-strummed guitar on this slow country-western tune. 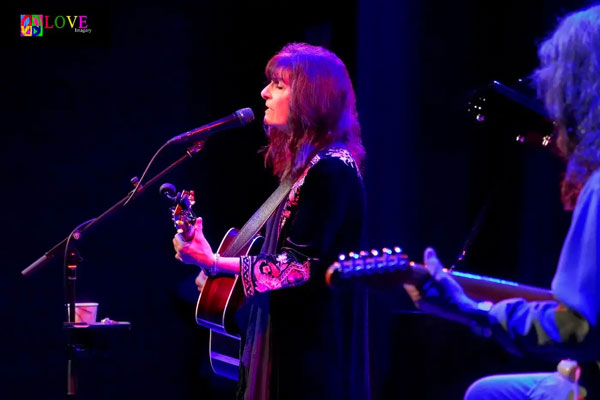 Gerber impresses on a twangy electric guitar solo which echoes the sound of a pedal steel guitar.

Bonoff talks about going to LA’s Troubadour at the age of 16 for open mic night and meeting a young Jackson Browne. Later on, Browne asked Bonoff to open for him when he went out on tour. Continuing with Browne’s original folk song, “Something Fine,” Gerber plays acoustic guitar while Bonoff stands at the mic singing, “The dreams are rolling down across the placеs in my mind/And I’ve just had a taste of something finе,” her voice as full and rich as Browne’s story song.

The crowd applauds, and Bonoff moves to the grand piano, recalling, “This is a tune I wrote after 10 or 12 years of writer’s block. It kind of appeared out of the air.” Gerber adds bell-like electric guitar tones to “New World” which compliment Bonoff’s piano accompaniment. Her expressive vocal rings out on the “Isn’t it nice to let it go/On to the life you’ll someday know/And let the real world fade away” refrain of this melodic ballad.

Bonoff confesses, “I wrote this next song about Tex, my cat, who could meow on pitch. He had a four note range — which was pretty good for a cat — but he got out and never returned.” Bonoff’s grand piano accompaniment sounds like an orchestra and Gerber adds wavering harmony electric guitar sounds to “Goodbye My Friend,” a gentle Bonoff ballad about loss. Following up with “Restless Nights,” Gerber’s guitar cries in contrast to the strong chords of Bonoff’s piano playing as she warmly sings on this catchy rock ballad.

Bonoff dedicates her next number, “All the Way Gone,” to musicians Kenny Edwards and Andrew Gold with whom she worked in the band Bryndle. Bonoff plays acoustic guitar with an open tuning, strumming as she vocalizes to Gerber’s swirling electric on this country/folk waltz. 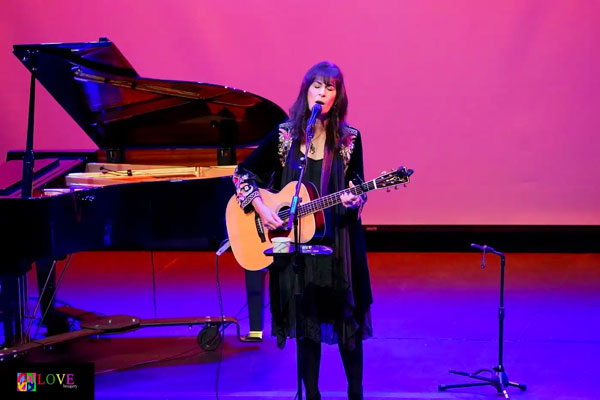 The guitars resonate beautifully inside APACs cozy listening space as Bonoff sings in her clear, melodious voice, “And now the nights go on and on/And the tide just sweeps me along/At the end of the road/And I’m all the way gone.”

Acknowledging, “I wrote this song for myself, but it was a big hit for Wynonna,” Bonoff’s sweet-sounding vocal floats out over the audience as she strums her acoustic on the country-rocker, “Tell Me Why.” On this appealing arrangement, Gerber plays electric guitar low and twangy with incredible fingerwork which includes a series of fleeting and seemingly impossible sixteenth note runs. 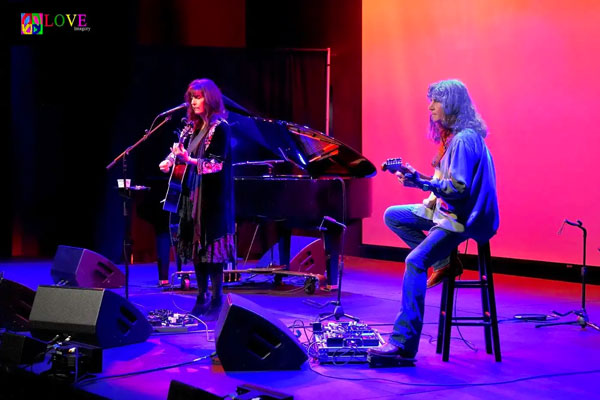 Bonoff exits the stage to give Gerber a chance to shine in the spotlight with her acoustic guitar on “The State Anthem of Ukraine.” Playing with skill and feeling, Gerber caresses the notes out of her instrument on this beautiful yet haunting presentation. Segueing into The Youngbloods’ “Get Together,” the audience joins in singing the song’s famous “Come on people now/Smile on your brother/Everybody get together/Try to love one another right now” chorus before whistling and cheering for Gerber’s top-notch performance.

Recalling, “I once lip-synced this next song on TV’s Solid Gold,” Bonoff reveals that she also appeared on American Bandstand with Dick Clark and on The Merv Griffin Show, where “Peter Noone of Herman’s Hermits and Richard Simmons were guests on the couch with me so I didn’t have to worry about having to talk.” Here, Gerber plays a soulful distorted electric guitar solo and Bonoff sings with conviction while strumming her acoustic on “Please Be the One.” 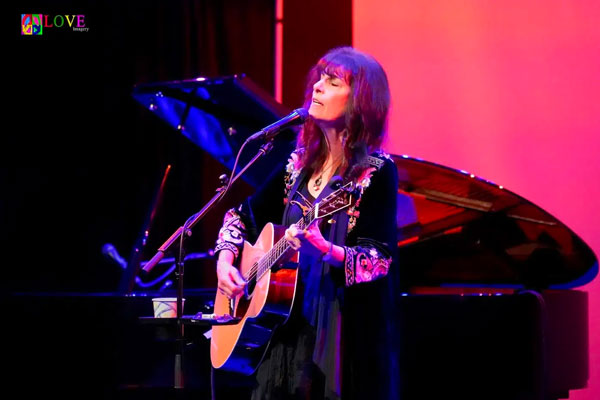 Bonoff reveals, “I wrote this next song for a movie but they didn’t use it. Then, I recorded it and the record company went out of business,” joking, “Linda Ronstadt asked me if I had a song and I told her it was ‘cursed,’ but she and Aaron Neville still won a Grammy for it.” On “All My Life” — one of her most recognizable compositions — Bonoff earnestly sings, “And hey/I’ve looked all my life for you/Now you’re here” as she accompanies herself on the piano and Gerber tastefully echoes her vocal line on the guitar.

Music lovers applaud when they recognize the piano intro to “Someone to Lay Down Beside Me,” a Bonoff composition recorded by Linda Ronstadt. In her melodious and vibrant style, Bonoff sings, “Someone to lay down beside me/And even though it’s not real/Just someone to lay down beside me/You’re the story of my life,” on this striking ballad before thanking audience members who rise to their feet cheering.

Bonoff exits the stage and returns to play an encore, explaining that she learned this number from Frank Hamilton, her guitar teacher who was a member of The Weavers. On the Scottish folk song, “The Water is Wide,” Gerber plays a bluesy electric solo and Bonoff plays acoustic as she gives a tour de force vocal performance to cheers, applause, and a standing ovation before bowing and waving goodnight. 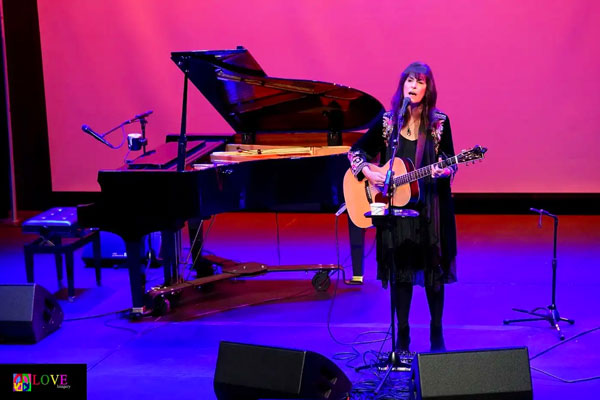 As music lovers make their way out of the APAC auditorium, we chat with several audience members who share their thoughts on Karla Bonoff’s performance this evening. Comments Laurie from Wall, “I first learned about Karla Bonoff when I was in college 40 years ago. A singer next to me in my dorm was singing ‘Falling Star’ and I just fell in love with it,” before acknowledging, “I can’t believe I never saw Karla live before tonight. I just loved her show and I’m going to see her again the next time she performs in New Jersey.”

Joel from Colorado remarks, “It’s always great when you get a chance to hear a singer/songwriter perform her own work — it’s special,” prior to adding, “And hearing her at APAC was really sweet, where they repurposed an old factory into a concert venue and did a really great job.” 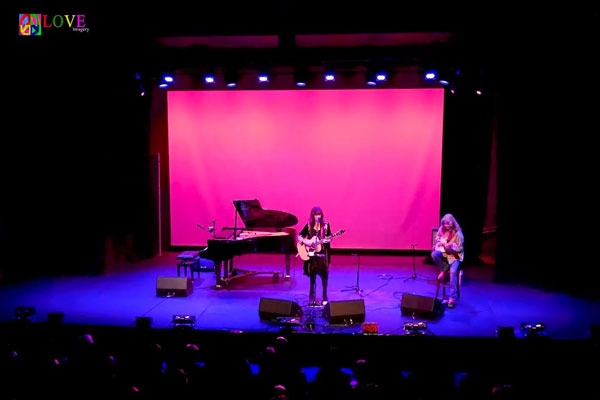 Jacqueline from Colonia discloses, “I really liked the stories Karla Bonoff told, and it was very nice to be able to experience a concert where you could understand the lyrics. Also, it was nice to escape and forget about the world for a while. Karla Bonoff’s performance was soothing, warm, engaging, and melodic, and Nina Gerber is an extraordinary guitarist — I loved how she transitioned from the Ukrainian national anthem to ‘Get Together,’” prior to noting, “I want to see more shows like this at this theater.” Lindsay from Colonia agrees, adding, “Karla Bonoff’s performance completely transported this old man back in time, and Nina Gerber was phenomenal on guitar.”

David from Woodbridge asserts, “There’s no doubt about it, at 70, Karla Bonoff has still got it! I loved all her songs — it’s obvious that Linda Ronstadt knew exactly where to find good material,” prior to noting, “And I thought Nina Gerber was great, too. Her tone is absolutely pure, and her playing is really very comforting.”

Lastly, we chat with Linda from Basking Ridge who exclaims, “Karla Bonoff is amazing! Her lyrics resonated with me when I was in my twenties and they still do now that I’m in my seventies.” Explaining, “Her words are still pertinent — I listen to her albums over and over — and her voice is so pure,” Linda concludes by declaring, “She’s a great storyteller, she’s funny, and she expresses so much emotion with her voice, she really touches your heart.” 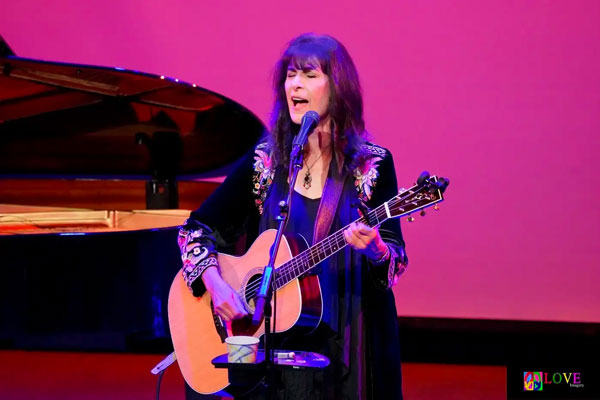 To learn more about Karla Bonoff, please go to karlabonoff.com. For information on upcoming performances at Avenel Performing Arts Center — including Jake Thistle’s Tribute to Jackson Browne on December 11, comedian/actor/writer Judy Gold on February 4, 2023, and Fantastic Cat on February 25, 2023 — please click on avenelarts.com.