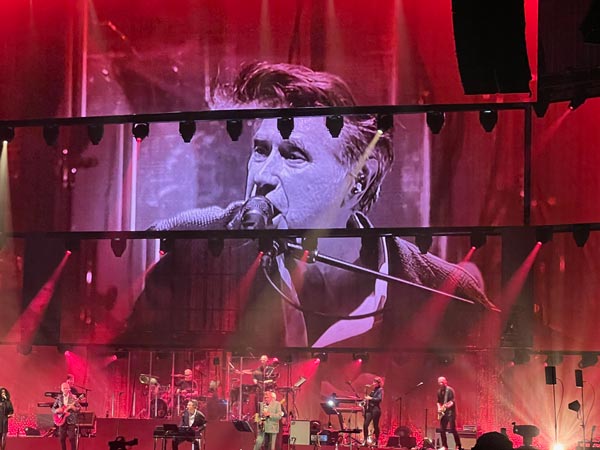 Roxy Music began its 50th Anniversary tour last week in Toronto and Washington, DC. Last night (September 12), their third show was at Madison Square Garden in New York City. I have seen Roxy and Bryan Ferry quite a few times since my first show in Paris, France back in 1979 but I wanted to make sure I didn’t miss this tour as it may very well be their last. The core band was reunited with guitarist Phil Manzanera, woodwinds/sax player Andy Mackay and drummer Paul Thompson back together again since their 2011 tour. The set list included songs from all of their eight studio albums with most coming from their big hit Avalon including the title track, The Main Thing, More Than This, and others. Surprisingly they performed a number of tunes from For Your Pleasure including In Every Dream Home a Heartache, Do The Strand, Editions of You and The Bogus Man. 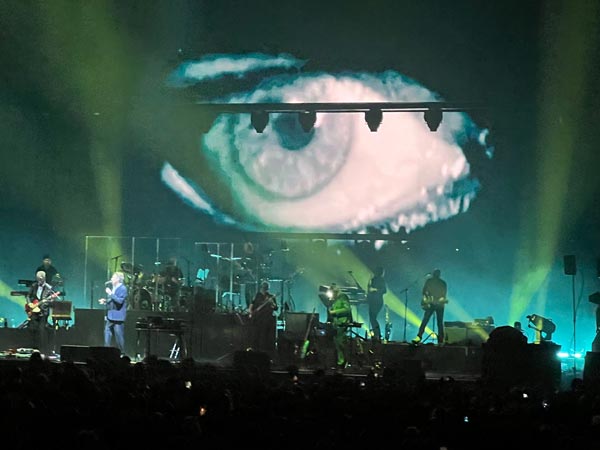 What differed from all of the other Roxy Shows was that for the first time they had an impressive light and stage show which featured live images of the band blown up on huge fence-like screens coupled with clips from films like Alfred Hitchcock’s Spellbound (using the Dali-created dream sequence from this film), Orson Welles’s The Lady from Shanghai and many others. These really worked well, especially in a cavernous place like MSG. The video below that I shot of The Main Thing is a great example of how the images jived well with the song.

Ferry’s voice is not what it used to be given that he is 77 and had years of smoking cigarettes but he was a jovial presence and obviously the master of the band. The three back-up singers are veterans of his solo band and of previous Roxy Tours and they did a great job adding to the vocals. Jorja Chalmers, keyboardist and saxophonist extraordinaire, was excellent in supplementing Andy Mackay’s horn work. Of all the original members of the band, Andy looks like he is in the worst shape but he was still able to hold his own and his moving Queen Elizabeth tribute Tara was an unexpected treat. The most un-heralded performers in Roxy Music are Phil Manzanera and Paul Thomson. They add so much to the Roxy sound and I wish they would get more kudos. The finale was a powerful and touching rendition of John Lennon’s Jealous Guy -- a song which Roxy Music made famous. Ferry’s whistling at the end of the song was haunting. All in all, it was a very festive night as most of the audience on the floor stood for the entire concert and everyone in the venue were on their feet dancing for the last few songs. Also, a special shout out to St. Vincent who opened the show with an energetic 40-minute set which reminded me a lot of David Bowie’s funky “Plastic Soul” period. 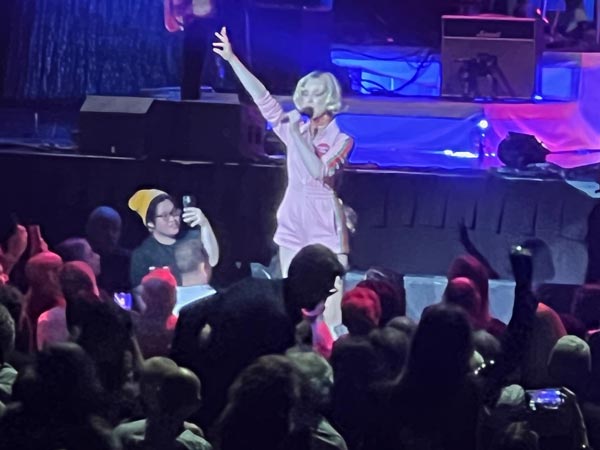 Stills and Video by Al Nigrin