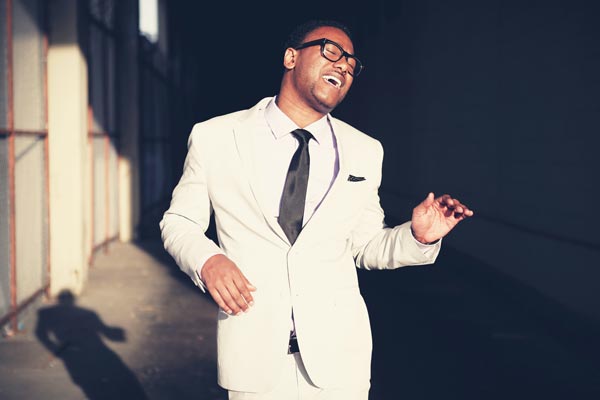 (WAYNE, NJ) -- Bradd Marquis will perform “A Change is Gonna Come: The Music of Sam Cooke” as part of William Paterson University’s WP Presents series on Friday, February 11 at 8:00pm in the Shea Center for Performing Arts on the campus in Wayne. This fantastic new show depicts the life and music of one of America’s most iconic and talented performers, the legendary Sam Cooke. The performance is brought to you alongside a live big band.

Sam Cooke became the most important Soul singer in history. He was also the inventor of soul music and the most popular and beloved performer of his time. Cooke bridged the gap between black and white audiences and crossed generations. He is commonly known as The King of Soul for his distinctive vocal abilities and influence on the modern world of music. Sam Cooke appealed to everyone. He pioneered soul by melding elements of R&B, Gospel and Pop into a sound that was new and still coalescing at the time. His pioneering contributions to soul music led to the rise of Aretha Franklin, Al Green, Curtis Mayfield, Stevie Wonder, Marvin Gaye, and popularized the likes of Otis Redding and James Brown.

This world premiere concert features the greatest hits from the Legend of Soul including “You Send Me,” “Only Sixteen,” “Cupid,” “Chain Gang,” “Twistin the Night Away,” “A Change is Gonna Come,” “Wonderful World,” to name a few. Beginning with the gospel music that formed the foundation of Sam Cooke’s career, and spanning his success as a pop star, its pure magic from beginning to end.

Tickets are $25 for the orchestra section, and $20 for the loge section. Tickets are available for purchase online or by contacting the box office at 973.720.2371 or boxoffice@wpunj.edu. WP Presents at William Paterson University has been made possible, in part, by funds from the New Jersey State Council on the Arts, a partner agency of the National Endowment for the Arts.