The stage is set this Friday, June 3, 2022 evening at Toms River, NJ’s Grunin Center of the Arts as fans of contemporary pop music await a performance by NYC3. NYC3 is a musical review featuring a cast of three New York City singers who perform popular songs and remixes of hits from the past few decades accompanied by live musicians on keyboard, bass, and drums who play along to pre-recorded backing tracks.

The show begins with the instrumentalists taking the stage, followed by tonight’s vocalists — Cooper, John, and Derek — all clad in theatrical jackets. Driving drums and low and funky bass kick off the evening as Cooper takes the lead on Walk the Moon’s up-tempo “Shut Up and Dance.” With his fellow vocalists providing backup harmonies, Cooper dances while he sings, “This woman is my destiny/She said oh-oh-oh/Shut up and dance with me.” 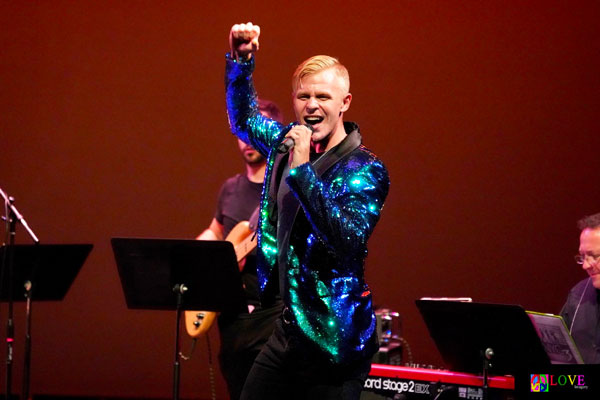 Audience members clap along on this feel good song and respond, “Yeah!” when asked, “Are you ready to have a good time?”

Next, Derek sings with style on Ed Sheeran’s rhythmic “Shape of You.” As the drummer plays with his hands and the keyboardist performs a staccato keyboard accompaniment, the vocal trio executes synchronized hand and dance moves to the sultry beat while Derek sings, “I’m in love with the shape of you/We push and pull like a magnet do.” 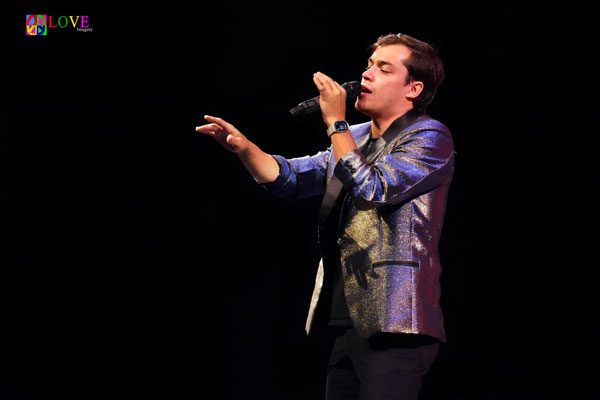 John sings lead on the infectious “Sugar” by Maroon 5, his voice calling above the funky beat, “You sugar/Yes, please/Would you come and put it down on me?” Strutting to the beat, John gets down on his knees as he sings to audience whistles and cheers. 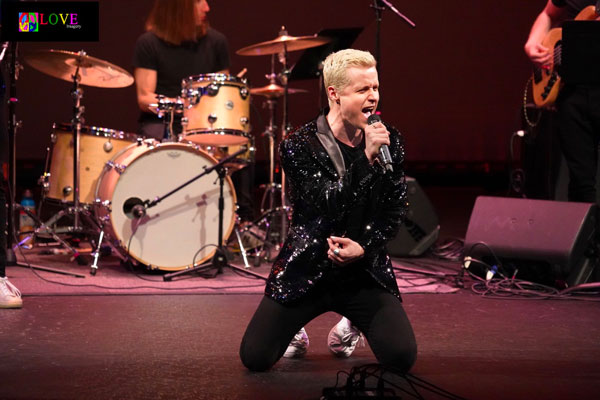 Cooper makes his way into the audience to sing One Direction’s bouncy “What Makes you Beautiful.” Then, the trio follows up by taking seats on stools to sing Bruno Mars’ “Just the Way You Are.” Trading off singing lead on this rhythmic ballad, the men croon “When I see your face/There’s not a thing that I would change/‘Cause you’re amazing/Just the way you are.” 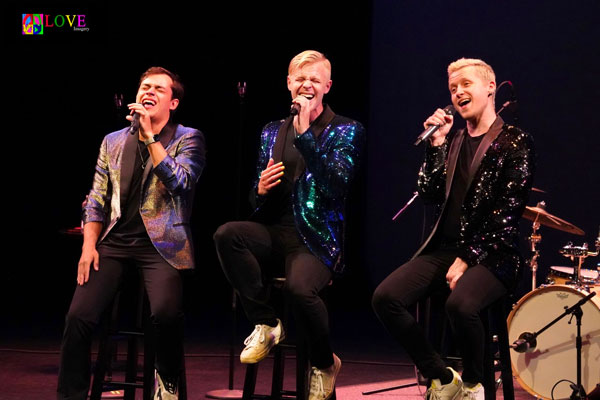 The crowd claps along before responding with cheers and whistles at the conclusion. 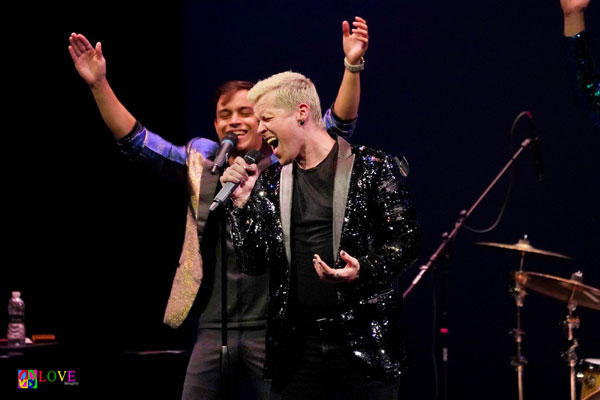 The vocalists sing, “Nah, nah, honey, I’m good/I could have another but I probably shouldn’t,” as they strut across the stage following one another on this upbeat country tune. 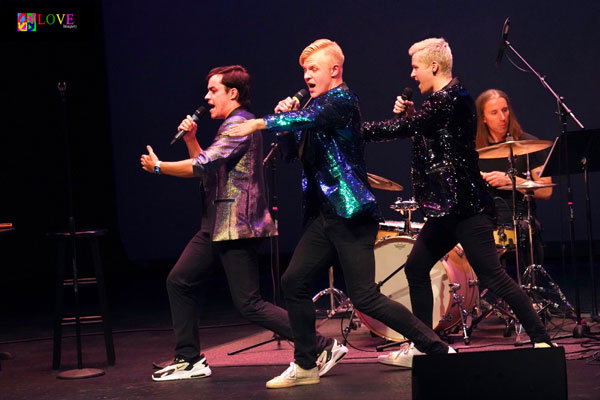 The crowd reacts with avid applause before the trio performs Queen’s “Don’t Stop Me Now,” a showy number complete with lively choreography. 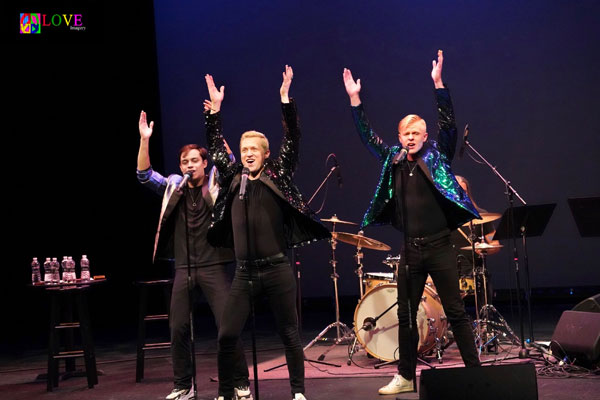 Audience members clap along to Shawn Mendes’ “There’s Nothing Holding Me Back” as the men sing, “You take me places that tear up my reputation/Manipulate my decisions/Baby, there’s nothing holdin’ me back.”

Piano arpeggios cascade and drums roll on Sia’s ballad “Chandelier,” before Cooper asks, “Are you ready to party?” The audience responds in the affirmative as the entertainers follow up with Justin Timberlake’s infectious “Can’t Stop the Feeling.” 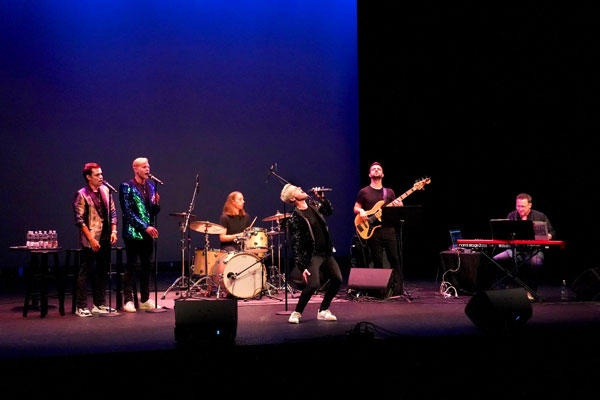 Audience members dance at their seats to the happy beat and sing along on the appealing “Got this feeling in my body” coda.

Cooper announces, “We travel all over the world. We all want to be seen, to be heard, and to be loved. We hope the words of this next song connect with you.” Here, NYC3 launches into “This is Me,” a ballad from the film, The Greatest Showman. Crooning, “I am brave, I am bruised/I am who I’m meant to be/This is me,” the message of acceptance resonates with members of this Grunin Center crowd.

Music lovers put their hands in the air to Taio Cruz’s “Dynamite” before the NYC3 vocalists sing while performing synchronized dance movements to DNCE’s funky “Cake by the Ocean.” 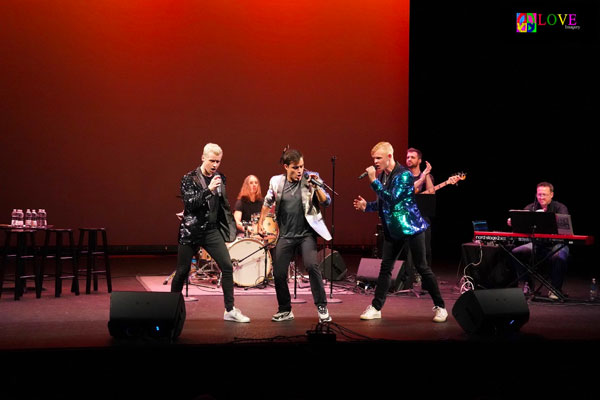 The men follow up with Adele’s “Rolling in the Deep” where Cooper’s tenor voice calls out over the rhythmic accompaniment. Audience members follow the clicking sticks of the drummer as they clap along to the beat and the keyboardist plays bouncy chords which keep the track rolling along.

Taking the crowd “back to the ‘90s,” the guys perform their “Boy Band Medley” featuring tunes such as NSYNC’s “Bye Bye Bye.” 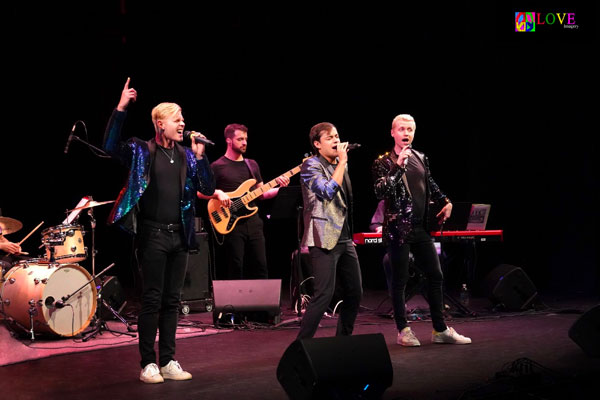 On The Backstreet Boys’ “I Want it That Way,” John finds a young woman in the audience — Joy from Parsippany — and invites her up onto the stage where all three singers serenade her. 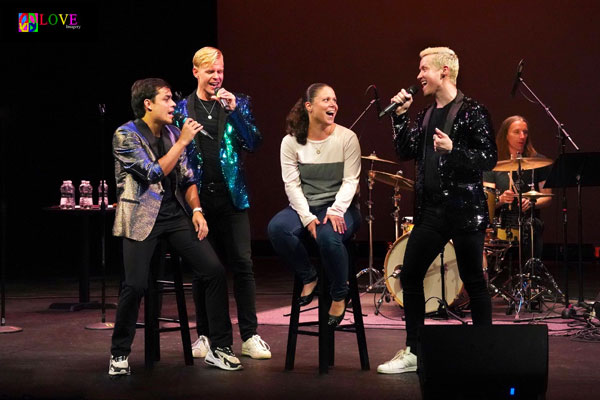 The vocalists dance to Jason Derulo’s upbeat “Want to Want Me” before Cooper sings with feeling on Lady Gaga’s power ballad “Edge of Glory,” and John provides an emotional lead vocal on Kelly Clarkson’s “Heartbeat Song.” 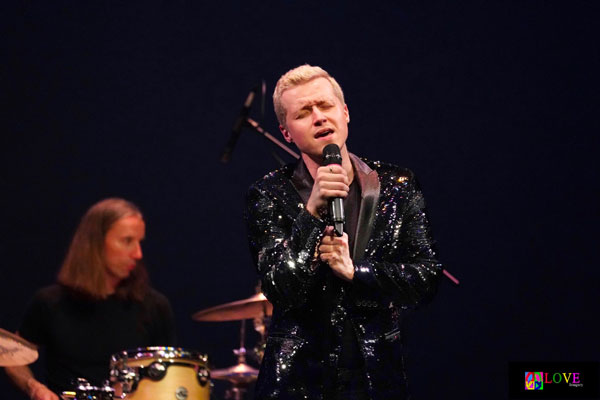 The trio follows up with Ed Sheeran’s “Thinking Out Loud,” where the singers trade vocal lines as they intone, “I’m thinking out loud/That maybe we found love right where we are.”

Cooper’s voice cries out on David Guetta’s “Without You” where hand movements add to the drama of the song. Then, NYC3 performs their high-energy “Bruno Mars Medley.” Inviting the crowd to sing along, the trio dances around the stage while singing “Treasure.” 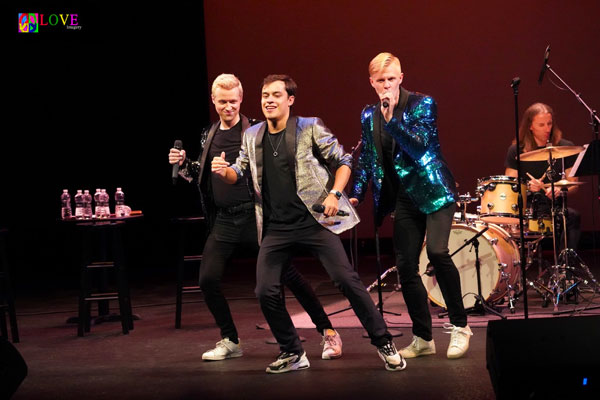 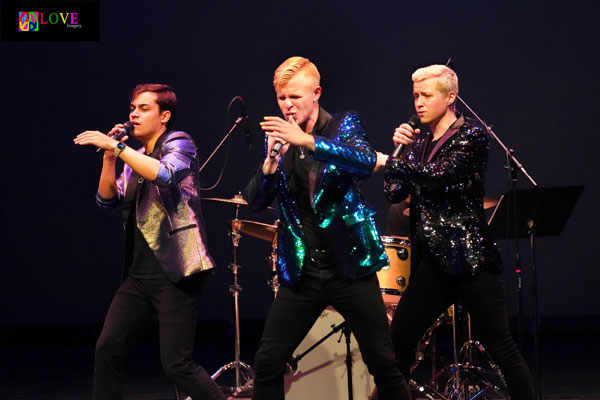 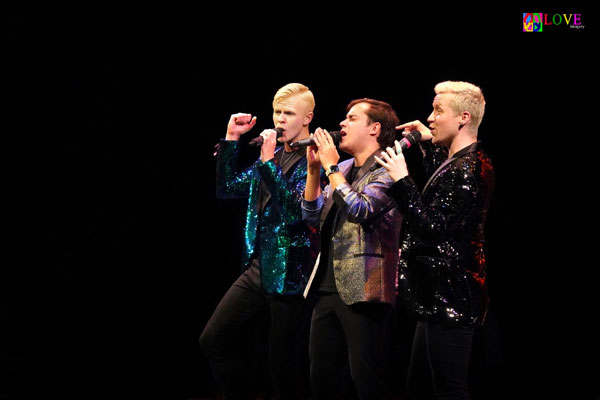 The audience gives the performers a standing ovation and the men take a bow before asking the crowd if they would like to hear one more song.

The crowd responds positively, and the NYC3 performers launch into an encore of their upbeat dance remix of Whitney Houston’s “I Wanna Dance with Somebody.” Music lovers in the audience sing along and dance at their seats before the performers thank the staff at the Grunin Center, take a bow, and wave goodbye to appreciative applause. 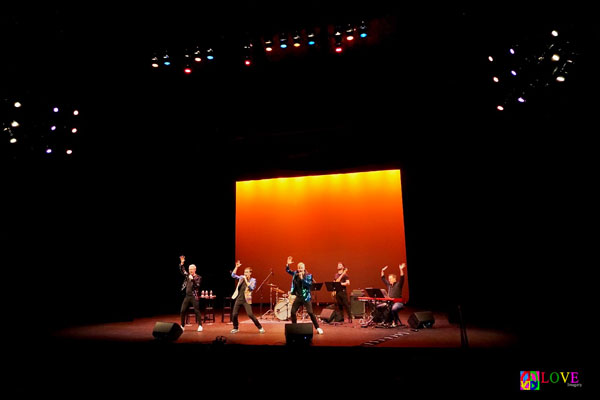 To learn more about NYC3, please go to nyc3live.com. For information on upcoming concerts at Toms River’s Grunin Center for the Arts — including Paul Reiser on October 8, The Sixties Show on October 15, The Rocky Horror Picture Show on October 29, and Judy Collins on December 11 — please click on grunincenter.org.