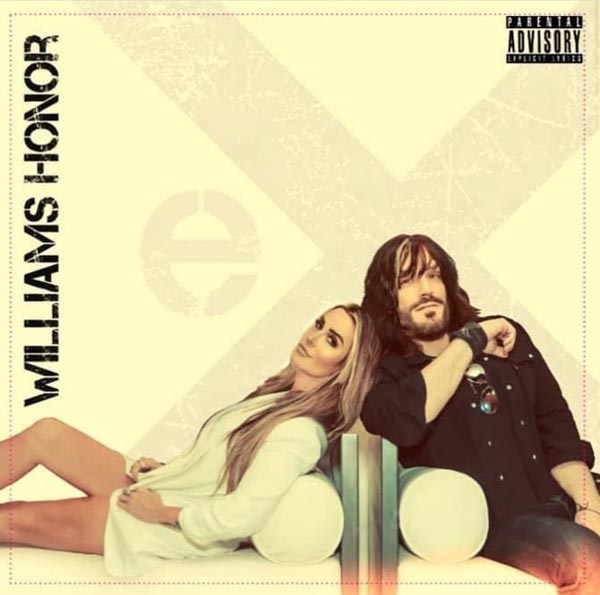 The Williams Honor single “Goodbye Tulsa” from their brand new album, “eX,” is the Makin Waves Song of the Week. PHOTO BY CONNI FREESTONE

Has it really been seven years since the Jersey Country duo Williams Honor’s debut LP? Wow, that flew!

And so will copies of “eX,” the new album the Asbury Park/Nashville-based act blessed us with this week! One of the 14-song collection’s  singles, “Goodbye Tulsa,” is the Makin Waves Song of the Week.

As the Makin Waves Song of the Week, “Goodbye Tulsa” also can be heard between 6 and 8 p.m. on June 17 on “Radio Jersey” at ThePenguinRocks.com. If you miss it, you also can tune in any time at The Penguin or MixCloud.

On behalf of lead vocalist and songwriting partner Reagan Richards, guitarist-vocalist Gordon Brown said, “Tulsa was one of the hardest and most rewarding songs I've ever been a part of. We started it at the very beginning of tracking and kept rewriting the lyric. Reagan and I kept going back and forth over that lyric. If there's anything we've learned from the neighborhood — go back, get perspective, and make it better. Well, we went back and started that lyric from scratch three times until we had exactly what we wanted to say.

“It’s part of the centerpiece story of ‘eX,’ and after we got those Pete Townshend guitars on there with the pedal steel, it felt like we had another piece of defining Jersey Country,” he continued. “We started getting positive reaction from radio programmers at first listens, and it's definitely slated to be one of the videos and radio singles.”

The “eX” LP also features the sassy Shania Twain-like single “Can’t Wait To Be Ashamed” and Williams Honor’s amazing take on one of my favorite songs by a New Jersey artist, “In My Yard,” originally done by one of Gordon’s previous bands, SBK recording act Mr. Reality.

Williams Honor will be announcing tour dates soon. In the meantime, check them out at instagram.com/williamshonor.